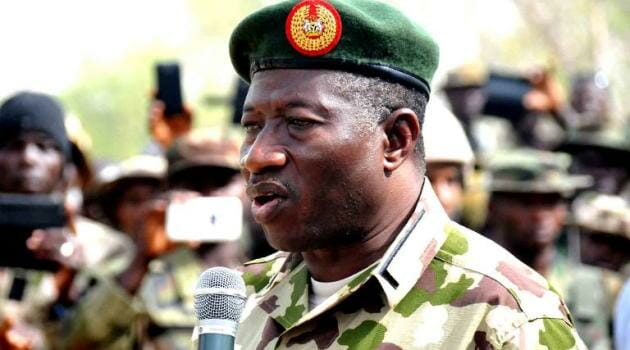 igeria’s President Goodluck Jonathan on Thursday visited the scene of what is feared to be Boko Haram’s worst massacre and vowed that the insurgency would soon be over.

But the Islamists gave a fresh indication of the scale of the task, with three separate bombings in the country’s religiously tense central region and restive northeast that left at least 35 people dead.

The bombings raised fears of a renewed wave of attacks against vulnerable targets in urban centres, as troops from Nigeria, Niger, Chad and Cameroon make gains against the militants in rural areas.

Jonathan’s visit to Baga, where hundreds of people, if not more, are feared to have been killed, came after his main election opponent, Muhammadu Buhari, accused him of a lack of leadership in the crisis.

The head of state, accompanied by military top brass and his national security advisor, told reporters in the Borno state capital Maiduguri after the trip that he wanted to see the devastation first hand.

“I went to visit communities devastated by the excesses of Boko Haram,” he said. “I just went to see things for myself.”

Jonathan and his administration have been widely criticised for failing to stop the violence, which has seen Boko Haram seize territory in the northeast and attack neighbouring countries.

Presidential elections scheduled for February 14 were delayed for six weeks as the military said the ongoing counter offensive meant that troops could not provide security on polling day.

But Jonathan and his government maintain that major gains will be made by the new election date, March 28, to allow voting to take place.

On Wednesday, the head of the Nigerian Army, Lieutenant General Kenneth Minimah told troops in Baga after its recapture at the weekend: “The war is almost ended.”

Jonathan this week claimed the “tide had turned” against Boko Haram, whose battle for a hardline Islamic state has left more than 13,000 people dead and some 1.5 million others homeless.

On Thursday, he said he was still “very hopeful this time around that the journey to end (the) Boko Haram insurgency will soon get to an end”.

But 18 people were killed when a suicide bomber blew himself up at a crowded bus station in the town of Biu, southern Borno, while a second bomber was shot dead before he could detonate his explosives.

Hours later, assailants threw explosives from a moving car as they sped through a bus station in the central city of Jos, killing five.

Moments later another device was thrown from the same car into fruit vendors at the terminus, killing 12.

The blasts came after 51 people were killed in two separate bombings on Tuesday in Kano, the north’s biggest city, and Potiskum, the commercial capital of Yobe state.

With all the explosions at bus stations, the government issued a warning for increased vigilance, as well as at parks, schools and mosques.

Meanwhile, the main opposition presidential candidate Muhammadu Buhari vowed to “lead from the front” in the fight against Boko Haram if elected.

In a speech at the Chatham House international affairs institute in London, the former military ruler said Jonathan had failed to show leadership against Boko Haram.

“Our soldiers have neither received the necessary support nor the required incentive to tackle this problem. Let me assure you that if I’m elected president, I vow to change that,” he added.

“We will give them adequate modern arms and ammunition, we will improve intelligence gathering… we will be tough on terrorists and tough on its root causes… in the affected areas.”

“No inch of Nigerian territory will ever be in the hands of the enemy,” Buhari pledged.

Critics have accused Jonathan and his ruling party of enforcing a delay to the vote to give them more time to seize back the momentum from Buhari and the main opposition.

Buhari said that any further postponement would be unconstitutional and “will not be tolerated”.

Instead, he said free, fair and peaceful elections could “trigger a wave of democratic consolidation in Africa” and help to strengthen democracy in Nigeria.