Kone Nouhoum the actor who plays Reagan in Maisha Magic East series “Selina” is dead according to his workmate Melissa Kiplagat.

The actor who has been in ICU since October last year after he was involved in a grisly accident that injured his spine.

The impact of the accident is said to have made his head bob backwards and fractured his spine.

Family, friends, and well-wishers held fund drives to settle bills amounting to Kes. 3.5 million days after being admitted at Nairobi Hospital, where several surgeries were conducted on him following the injury.

Kone also starred in “This Is Life” web series that debuted this year, “New Beginnings”, as well as playing Hakeem in “Mali”.

Here are screenshots of how Ms Kiplagat broke the news of his death on a WhatsApp group. 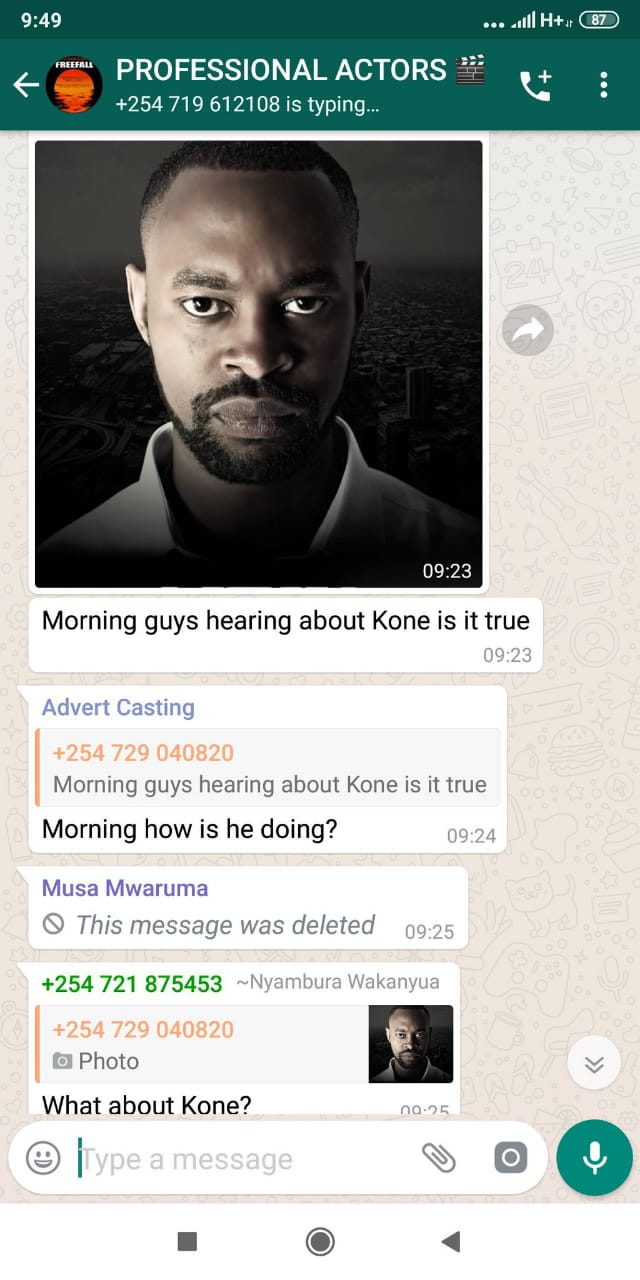 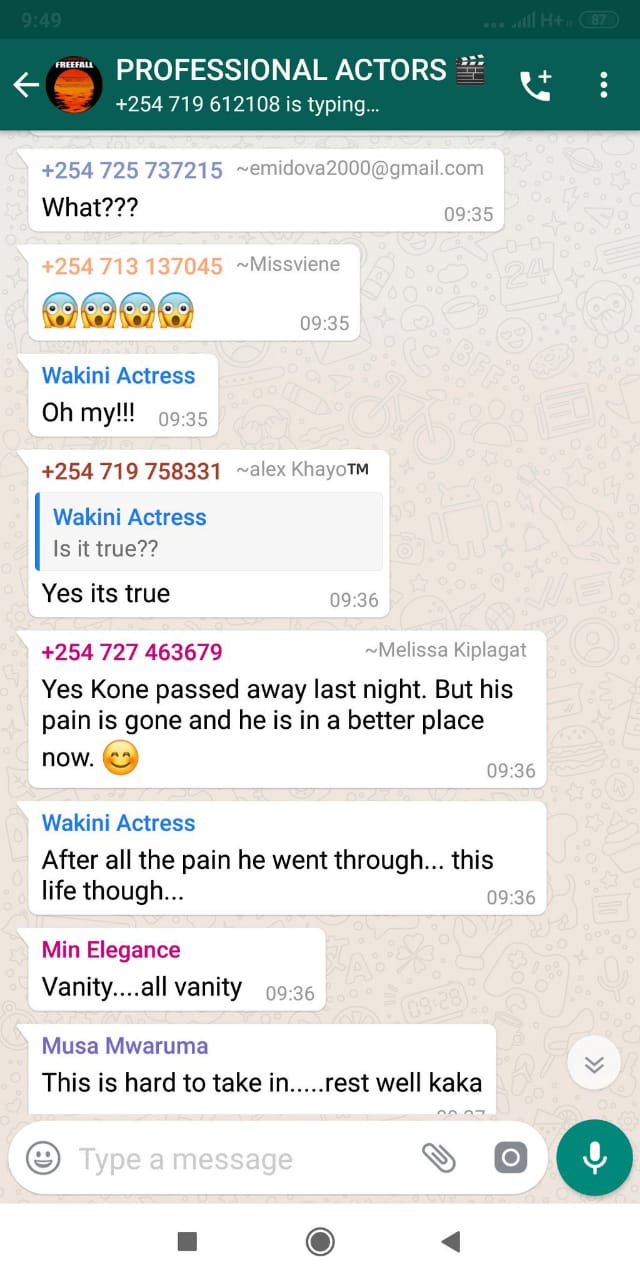 According to sources within the family, Kone will be buried this evening at 4 p.m at Kariokor Muslim cemetery.

An invite only ceremony will be held at Valley Arcade.

Everyone else who would like to pay their respects can do so at Kariokor at 4 p.m.