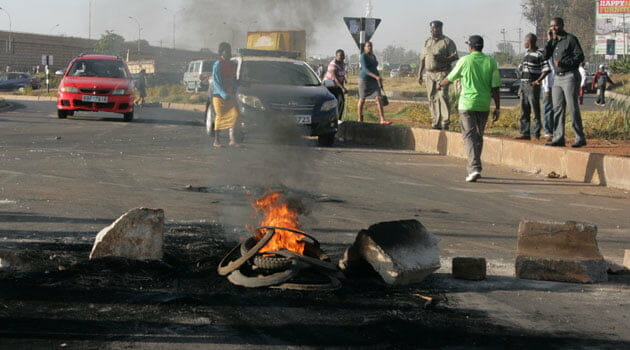 One person was shot dead Tuesday during protests in Kinangop where residents have been protesting against a multi-million shilling wind power project since Monday.
The man was gunned down by police when demonstrators went to a local police station to demand the release of their colleagues arrested during Monday’s chaos.

Residents blocked the Nairobi-Naivasha highway in a show of anger against the controversial wind power project on Monday leading to the arrests.

Property belonging to people supporting the project was burnt down, including vehicles and houses, raising tension even further.

The project set to be launched next month is expected to inject more than 60MW of green power into the national grid.

The protestors in Magumu and Kanyua claim that they have not been consulted.

Authorities have warned that those involved in the destruction of property have been positively identified and will be arrested and charged in court.