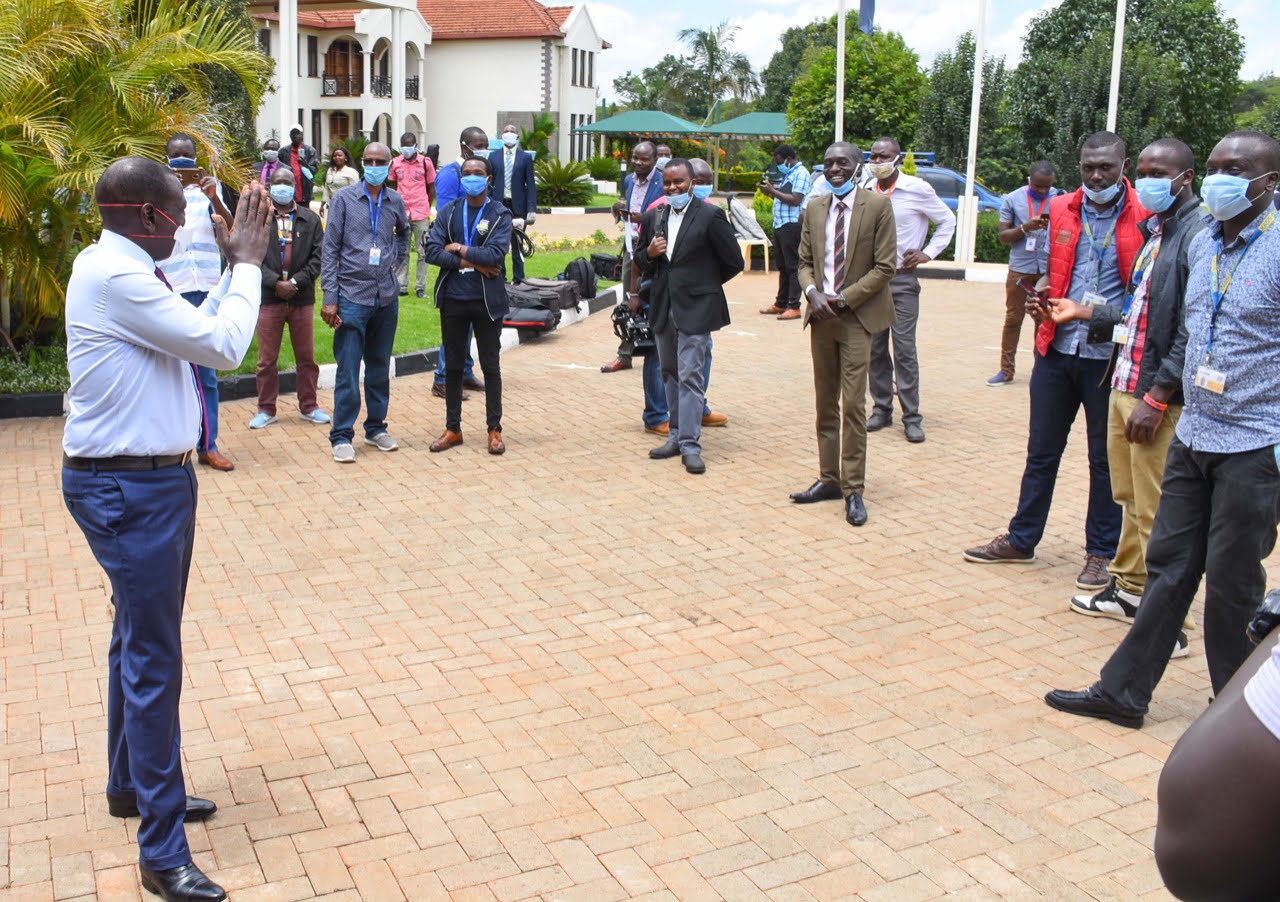 Deputy President William Ruto’s controversial “state address” this morning received mixed reactions across the country on social media. While his supporters appreciated the sight of a man who had in recent days been victim to heavy criticism for going “missing” since the outbreak of the deadly Coronavirus, others felt it was just a pointless, attention-seeking attempt at crawling out of the leadership’s shadow and remain relevant.

Since early March when the pandemic’s entry into Kenya was announced, Ruto had been missing from the public eye; completely missing in action during all COVID-19 related press briefings: a matter that didn’t sit very well with the Rift Valley King Ping’s political detractors who condemned him for “abandoning the nation” during this tough crisis.

In his highly anticipated but rather disappointing statement, the DP acknowledged that the virus has seriously impacted the lives of regular Kenyans, offering the examples of boda boda riders, mama mbogas, barbers and salons who were suddenly required to comply with a raft of new regulations.

Further echoing Health Cabinet Secretary Mutahi Kagwe’s words the last few days, he reiterated that the country did not need bombs or other weapons to combat the virus but, rather, all Kenyans to practice precautionary measures, reminding Kenyans that limited movement is recommended in the efforts to curb the spread of the virus, particularly calling for the partial lock-down in four counties to be taken seriously.

In a Twitter post made shortly after Ruto was done with his speech, political scientist and strategist Mutahi Ngunyi claimed that through reading William Ruto’s body language as the cameras glared at him, he paints the picture of a “combative” and “defiant” man, who in a rebellious move has “appointed himself CO-President”.

To UNDERSTAND Uhuru Kenyatta, read his EYES. To UNDERSTAND "Deputy President William Ruto", READ his BODY LANGUAGE. Today it is COMBATIVE and DEFIANT. He has appointed himself Co-President and is giving a statement from his Co-Government. This is BOLD!

As expected, this remark rattled some of Ruto’s followers, who in reprisal dismissed his opinion based on the fact that Ngunyi as a gun for hire who lacks firm moral or political stands.

Among those who joined the roast was the second-in-command’s right-hand – Senate Majotiyy Leader Kipchumba Murkomen – who in response to the analyst popular for developing the “tyranny of numbers” hypothesis held that the nation is in a period where only unity and not division should be preached, adding that governments world over are calling together their leaders, not sidelining them during these difficult times.

Murkomen also claimed to have information of the politician who finances Mutahi Ngunyi in return for help in executing a long-time plan of politically annihilate the deputy president: a scheme he described as shameless and evil, putting to mind the current CIVID-19 crisis.

You are tweeting for a person I KNOW.That PERSON is doing politics with COVID19,-a shameless evil scheme!His mission for 2 years has been to annihilate the DP politically.This is time for unity not division.All governments in the world are utilizing not sidelining their leaders. https://t.co/5EZGTVWEp5

In his media briefing on Thursday, Ruto gave a lightweight response to questions over his apparent absence from Uhuru’s side.

Answering a journalist at his Karen residence, he pointed out that his absence from Uhuru’s addresses was due to safety and security reasons, further noting that this is the same reason why the Kenyan law prohibits the president and deputy president from traveling in the same aircraft, vehicle, and any other equipment.

“To facilitate social distance, many meetings in the government are now done via video and teleconferencing. To remind you, ask yourself why the President and his Deputy cannot travel in the same equipment (by law) at any one time. We consult regularly with the President and all Ministers involved in the management of this pandemic. That is the position of the Jubilee government.”