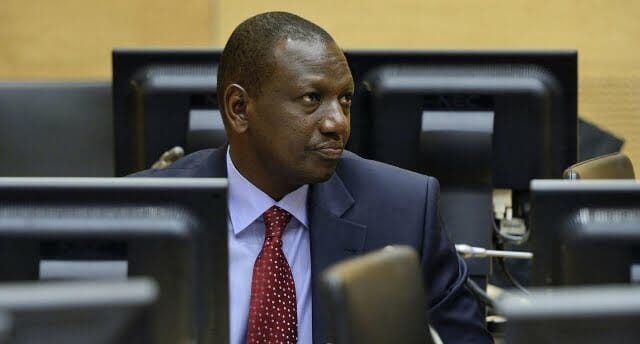 I guess Ruto must have called Duale and told him to shut his big mouth. That is when Duale said that they dont need Raila right now. Some Jubilee leaders have insisted that Raila set up Ruto forgetting that Ruto knows, very well…The fellas who set him up at the ICC.

Propaganda that Raila set up Ruto was used to get sympathy votes. Those are cold facts. The TNA Side of the Jubilee government is trying to oppose Raila’s move to testify at the hague based court because the Son of Jaramogi may spill  the beans.

Raila knows Kenya very well. In fact he knows everything going in government  more than Uhuru. Ruto knows who fixed him .

According to Ruto’s defense, the three who represented the PNU side of government then… procured witnesses against Ruto during the tenure of the Grand Coalition administration.

By then, Ruto was allied to the ODM half of government and was seen as an easy sacrificial lamb for the 2007/08 Post-Election Violence (PEV)

Ruto’s lawyer Shymala Alagendra said the tri together with then Justice Minister Martha Karua, former MP Stephen Tarus and David Koros of Eldoret-based Centre Against Torture (CAT) coordinated an intricate network of procuring witnesses to fix Ruto. The latter was perceived by this team of government officials as the engine behind the chaos that rocked Rift Valley in which hundreds of thousands of Kenyans were displaced.

During the 2013 presidential campaign, Ruto and his co-accused president Uhuru Kenyatta used the ICC cases to win popularity from voters.

According to the defense, the propaganda that Raila set up Ruto was used to bar him from ascending into power. After they won the elections, Raila’s name has not been mentioned. Ruto knows the people who set him up, they are now trembling because their goose may be cooked soon.