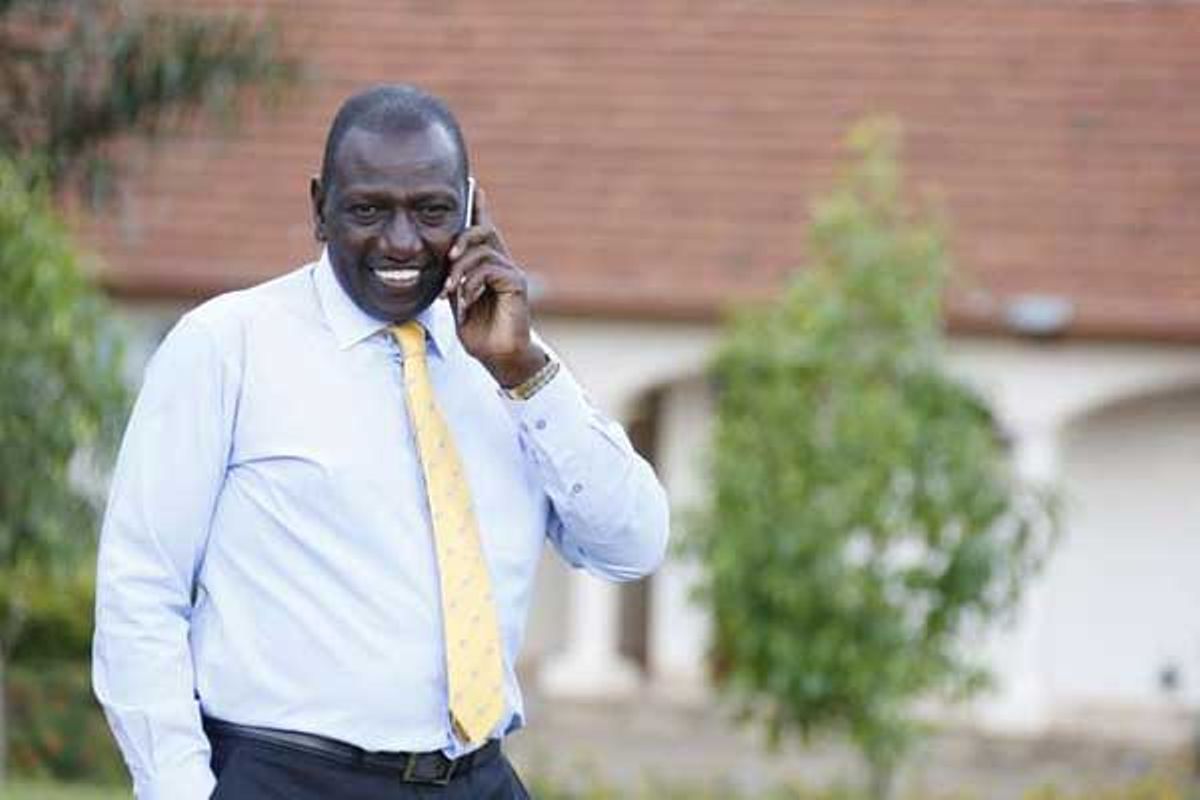 CAPTION: Deputy President William Ruto at his official Karen residence: Could these be his last days there?

Kenya’s Deputy President William Ruto is soon set to be kicked out from his official Karen residence.

This is according to Jubilee Vice Chairman David Murathe who on Thursday night spilt the beans on some of the top hierarchy’s latest plans in dealing with the rebellious DP with one of them being his eviction from the state of the art home.

When responding to a question on whether or not previously rumoured impeachment plans against the second in command were still in place, Murathe simply replied that an eviction party of the “Hustlers Mansion” is loading.

According to the Uhuru Kenyatta loyalist no matter what transpires, the end goal remains to kick Ruto and his minions out of the residency.

David Murathe: The eviction of the DP from the hustler mansion is coming. @SophiaWanuna #Crossfire pic.twitter.com/U2kucQxC6J

Ruto’s palatial residence in Karen seems to dwarf State House in terms of elegance and serenity with the ambience of the dwelling mirrors billionaires’ playground in Ibiza.

It was built on a 10-acre parcel of land by Kibaki’s government at a cost of 450 million shillings and was meant to house the then VP Kalonzo Musyoka but the Wiper leader never moved in.

The house comes with an office block, garage, swimming pool, gazebo, generator house, staff residence and a comptroller’s unit among other luxuries that make the DP and his family feel all comfortable.

Late last year, a section of “Kieleweke” allied politicians led by Suna East MP Junet Mohamed pressured the government to kick Ruto out of the home claiming he was hosting political delegations for his presidential campaign at the official residence, yet the government has been spending taxpayers’ money to maintain it.

Earlier in 2020, local media reported that DP Ruto had been locked out of his official residence in Mombasa.

The palatial house in Mombasa, which was formerly the residence of Coast Provincial Commissioner, had just been renovated and the DP was expected to move in.

He was, however, taken aback when he was barred from accessing it and his property hurriedly removed.

That weekend, he was forced to find accommodation at English Point Marina in Nyali before returning to Nairobi.