Deputy President William Ruto has accused opposition leader Raila Odinga of leading ODM politicians in inciting communities against each other in the guise of Building Bridges Initiative rallies.

Speaking during a fundraiser at Tunyai Catholic Church in Tharaka constituency Saturday, DP Ruto said that ODM leaders are on a single mission of profiling the country into ethnic groupings to make sure that some communities have no chance to lead the country.

Adding that such plans are dangerous and are likely to throw the country into violence if not stopped.

“I want to tell the ODM leaders who are preaching hate and ethnic animosity between communities that the agenda is primitive, backward, criminal and unconstitutional and together with President Uhuru Kenyatta, we will not allow such things to go on in the guise of BBI.”

The DP said it’s now clear that the ‘Tsunami’ that former Prime Minister Raila Odinga and his lieutenants talked about some time back was about discriminating against some communities in leadership.

Telling the congregation that it’s unfortunate that the BBI report that was presented to Kenyans at the Bomas of Kenya had been hijacked by criminals who are now using it to advance their dangerous agendas.

At the event, he asked religious leaders to actively take up their role of preaching unity and condemning leaders who are causing disunity.

“Each Kenyan has a right to work, live and seek leadership positions in any part of the country without minding the community he comes from.”

Senate deputy speaker and the Tharaka-Nithi Senator Kithure Kindiki said BBI should bring all Kenyans together and asked politicians to stop preaching disunity.

Finishing off by insisting it’s wrong for some community to be thrown out of the Narok County BBI rally because of their divergent views in the report.

Instead, some of the leaders instead took to social media to demonise the report, saying it is being used to plant discord and hate in the country.

Even Senate Majority Leader Kipchumba Murkomen, Kikuyu MP Kimani Ichungwa and his Gatundu South counterpart Moses Kuria who had attended the Kitui rally did not attend.

Nakuru Senator Susan Kihika claimed BBI will leave Kenyans more divided than they were before its formation. 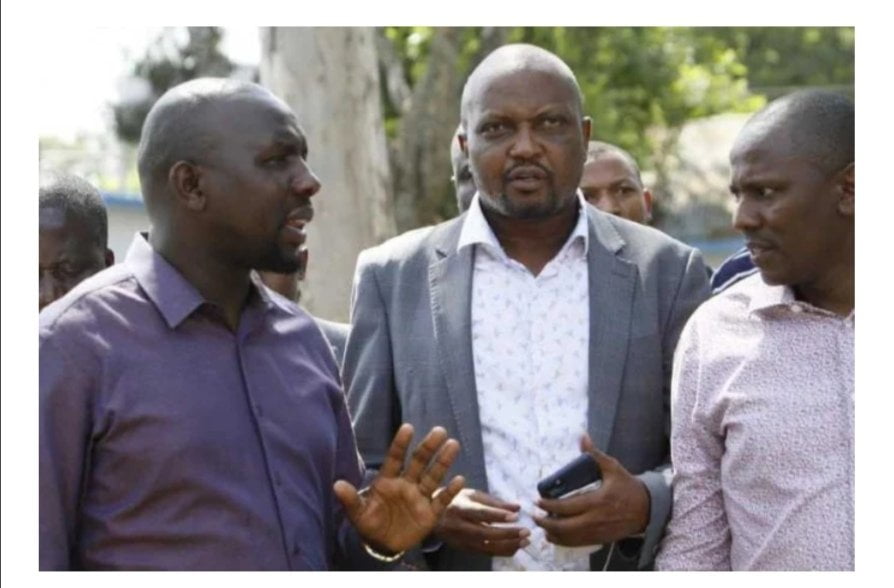 A section of leaders allied to Deputy President William Ruto

Through his official Facebook page, Kuria claimed that the Narok BBI forum was proposing that all Non Maasais vacate Narok and Kajiado counties and that those who bought land legally to return it to the indigenous community.

He also wrote that the rally had been cancelled by conveners in the last minute after it emerged that a faction opposed to the forum were planning to disrupt it.

During a Friday meeting by over 1000 delegates in Masai Mara University ahead of today’s forum, Emurua Dikirr MP Johana Ng’eno and Narok Deputy Governor Evalyn Aruasa walked out over claims of tribal profiling.

The two who are Ruto allies made good their threats to skip today’s meeting after the daughter of the late William Ntimama, Leah claimed that the position of governor and deputy should be a preserve of the Maasai community.