Deputy President Dr. William Ruto has decentralised his meetings to eight regions in a move that aims to revamp his grassroot support ahead of the 2022 General Election.

Since public rallies were banned to stem the spread of Covid-19, Ruto has been using his Nairobi office and his rural home in Sugoi to meet his supporters.

He will be in Mombasa for two days of marathon meetings beginning Friday where he is expected to host elected, religious, community, youth and professional leaders from Taita Taveta, Mombasa, Kwale, Kilifi, Lamu and Tana River counties of the region. 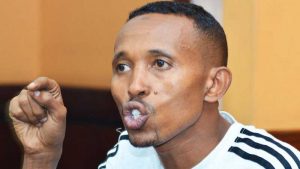 The Coast region has over the time stood with ODM leader Raila Odinga but Nyali MP Mohamed Ali said the DP going to meet people and listen to the people of the coast.

“We are addressing our issues. He is a good man and will listen to us. We are the hustler’s nation and we’re growing big.” Ali said.

“Mombasa has been marginalised, we want roads, good schools, good hospitals but those in the national government have forgotten us,” he added.

Mombasa has accused President Kenyatta’s administration of ignoring the issues of squatters, landlessness and poverty.

The order that aims to make it compulsory to ferry cargo via SGR directly to the Naivasha Inland Depot for clearance has also been met by fierce opposition by the people of Mombasa who depend on the business.

The business has employed more than 7,000 locals.

Ruto is expected to give goodies to various youth and women groups in a strategy to raise his political profile.

The self professed Hustler is reaching out directly to the people after falling out with President Kenyatta.

Coastal has over the time accused previous governments of historical land injustices where few people own huge parcels of land at the expense of poor locals.

Coastal leaders demanded for the formation of a task force to address the issue of squatters.

“We have land problems. We have extrajudicial killings. There is no development in Mombasa and the Coast region at large. We have the beach but we don’t have factories,” Ali complained.

Ruto is also expected to take advantage of the revenue sharing formula impasse in Senate to woo disadvantaged counties in the region.

He called for a win-win formula that will favor all the 47 counties.