Three Presidential security men who were busted at the home of Kapseret MP Oscar Sudi during a dramatic attempt to arrest him have been kicked from the unit.

The officers were attached to the DP William Ruto but will now serve as other regular cops in Homa Bay, Mandera and Bondo.

They were removed after being interrogated over their role during the failed arrest of Sudi who was wanted over hate speech and incitement.

One officer sustained injuries during the incident at Sudi’s home in Eldoret.

The transfer comes two days after the officers were given show-cause letters.

The guards were unable to explain why they were at Sudi’s home on September 11 when a team of officers broke in to arrest the lawmaker.

Investigations established that the officers had escorted the DP to his Sugoi residence, where they handed him over to the GSU officers.

From Dp’s  place they then drove to Sudi’s home where they were busted during the botched arrest. 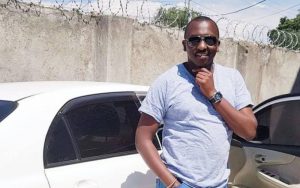 It’s not the first time officers attached to the Dp are embroiled in drama, In Febraury an officer stationed at the Dp’s office (Harambee House Annex) was found dead in his house in Imara Daima, Nairobi.

Sgt Kipyegon Kenei was about to record a statement with the DCI on what he knew about the fictitious Ksh. 39 billion tender that was sealed at Harambee House Annex.