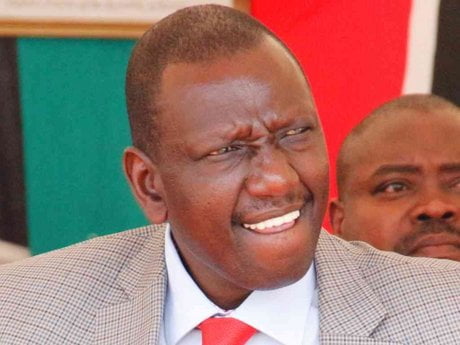 William Samoei Ruto has made fair political progress with a near exact goodwill that Raila Odinga enjoyed between 2005-2007. Ruto is a confirmed and reknown a kingmaker just like His Excellence The People’s President Rt. Hon. Raila Odinga, to many supporters it pains that results will never be any different i mean Ruto may never be president, unless something drastic happens like a vicious war and or devastating hunger strikes the Republic of Kenya.

This is biblical, don’t argue with facts and wisdom since even WSR seem to understand his predicament. Ruto’s arrogance, corruption, land grabbing etc are all none issues as Kenyans don’t care much. The kingmaker jinx is the only obstacle, unless the the king suffers his father jinx.

To change his fortune and consolidate his Kingmaker status DP Ruto must henceforth do the following:

1. He must climb down the mountain of arrogance and take refuge in the plateau of humility. Seek forgiveness from those he insulted, despised and embarrassed in the public. Being remorseful is a strength not a weakness.

2. He should encourage Uhuru to shake the cabinet and the entire government. The positions he was offered most of them he rewarded his Kalenjins and if he extended to other regions, then he gave the position to some nuisance kind of human beings. The kind of people who can’t sale Ruto’s candidature beyond their bedrooms. Do a shake up. On the slots meant for Ruto in government, he should them distribute them nationally and picking people that command respect in their communities. He needs that national face, national figure.

3. He needs to form his own political party. Start working on its structures early enough. Jubilee is not his party. He was misled to dissolve his URP. It has come to haunt him. Jubilee party is a property of Mt Kenya. RV are just squatters in it.

4. He should invest in branding, yes the Sugoi man is just self confident but must be told that winning presidency is not about talking tough on TV interviews. It will take a cool plus 4 years of consistent messaging to clean his tainted image. The sooner he gets the PR team like that of Uhuru 2013 (BTB PR of London) plus Cambridge Analytica the better otherwise in 2022 it will be x vs mwizi and we all know how that will end.