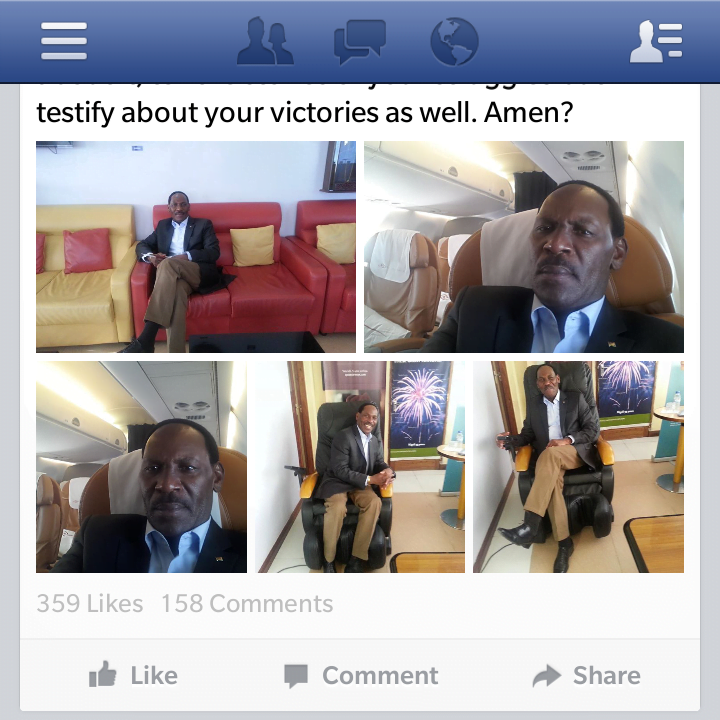 Ezekiel Mutua, a government officials who runs an inconsequential parastatal that occasionally makes noise over nonsensical issues, took to Facebook to brag about flying business-class using money that’s not his.

Another clown who brags about material vanity like a socialite is lawyer Donald Kipkorir who is linked to Ory Okolloh and is her link to Government. 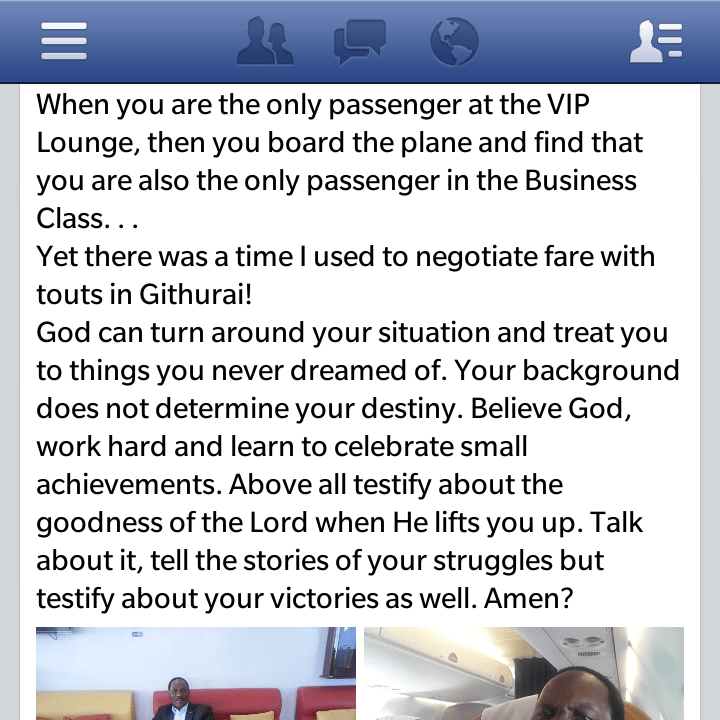 Mutua was busy bragging about flying business-class, yet his tickets are paid for by Government unlike those who fly economy with their own money. The idiot cannot seem to relate with the fact that the economy is on the verge of collapse and people have tightened their belts.

The only idiots spending money like there’s no tomorrow is Government led by Uhuru Kenyatta who has never had to work a day in his life so he cannot relate with the struggle of an ordinary Kenya, yet even European economies have embarked on austerity measures which have seen perks like flying business class by Government officials suspended.

Ezekiel Mutua represents the mediocrity that is President Uhuru Kenyatta who creates illusions in his head that he’s working for the country, when clearly results and happenings of the past one week say otherwise.

This country needs a revolution ladies and gentlemen. We cannot have thieves stealing money, then vomiting on our shoes whilst preaching religion and invoking God’s name to show how they’ve been blessed. This is not only insulting our intelligence, but nursery-school bragging by someone who may have left their rural homes yesterday.

Dear Kenyans, why do we tolerate so much bullshit?