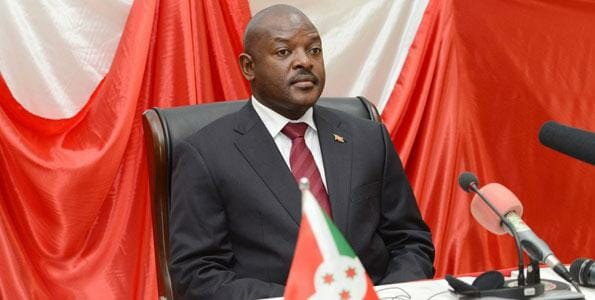 The situation in Burundi is smocking and efforts by Nkurunziza to land there were paralysed by the coup leader who ordered all airports closed. It is also hypocritical that the EAC Leaders are now condemning the coup yet they refused to act swiftly to save the situation.

When Burundi was burning, Kenya decided to do Pr For Nkurunzia  instead of  doing something to contain the situation. Kenya donated 150 laptops and said they need free and fair elections …Free and fair unconstitutional elections ? Oh My Wamae …Jeff Koinange’s Voice

So where is Nkurunziza hiding  since he cant go back to Burundi ? Rumor has surfaced that he is hiding in Kenya.

He is actually in Kenya “@mikeztyme: And Nkurunziza better not even dream of coming to hide in Kenya. We’ll smoke him out. Dummy.”

Why would he hide in  Kenya ? You ask ? Just think and think … Eye Opener

Even Felicien Kabuga one of three high ranking fugitives from Rwanda, has been rumored to be  in hiding for over 17 years and largely in Kenya.