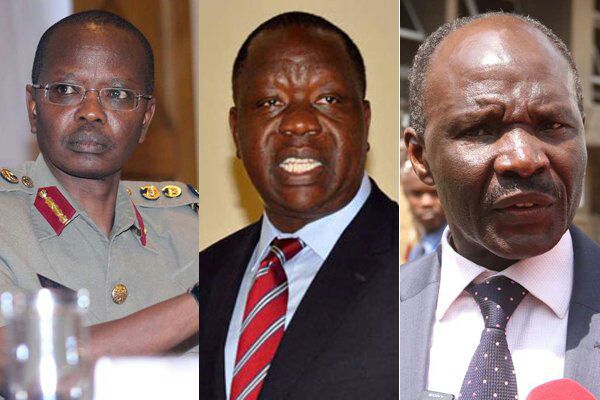 Lords of Impunity: The three people who are so powerful that they make parliamentary committees tremble in fear. Two of them have suspect education credentials.

The recent display on national television by CS Fred Matiang’i lecturing Members of Parliament (colloquially referred to as MPigs) exposed the same impotent nature of the parliament as an organ meant to act independently and as an oversight mechanism.

Indeed, the MPigs of the same committee transformed themselves from a Departmental Committee, into a classroom, with Fred Matiang’i as the headmaster ready to whip their behinds should they not toe their behinds.

But as early as February when Gordon Kihalangwa was being vetted, the impotence of the committee was clear for all to see. Despite submissions by the Kenya National Human Rights Commission as to the conduct of the PS during the Miguna Miguna saga, the MPigs went ahead to rate him highly and confirm his appointment.

Infact in his own submission, Kihalangwa pledges to uphold the Bill of Rights as a guiding factor, yet he had been working contrary to it during the same period.

However doubts about his academic credentials have started emerging.

This fake Washington International University (WIU) gave our new PRINCIPAL SECRETARY, IMMIGRATION both a Masters and PH.D.  Apparently IG Boinett has a bachelors from the same sham school. Even the owner of the so-called University when challenged says “we are not educators we are entrepreneurs.”  Of the three amigos who deported Miguna – two definitely have bogus qualifications and yet they hold high office – someone should ask for Matiangi’s transcripts too!

This is the funniest part: “The university points out on its Website that its course materials ‘use simple language so that an average person can understand what is written.’