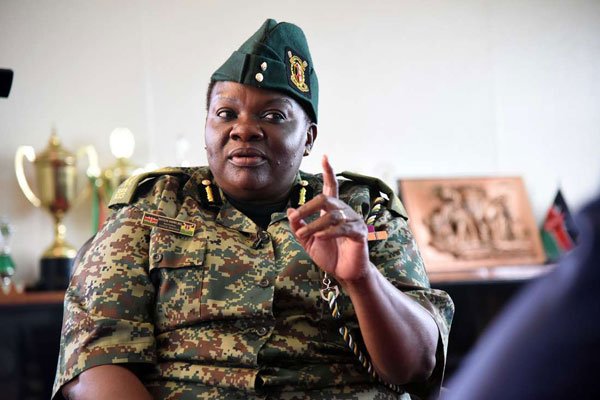 The corruption-ridden National Youth Service (NYS) has signed a contract with Chris Kirubi owned Two Rivers Mall to misuse the underpaid young men and women as guards in the facility.

NYS under DG Matilda Sakwa has failed to honor the promises to pay recruits for months on end until this blog exposed her.

Those stories are well documented on this blog; here are a few:

We are aware that some NYS servicemen say they have been paid, but others are yet to receive their dues.

Moving on, cnyakundi.com has learnt that from 15th September, 2019, NYS will complete the contract worth millions with Two Rivers Mall.

Matilda and other managers now want to utilize the already poor boy and girls and pocket those millions.