A group of distressed ladies has reached out to cnyakundi.com to express their great disappointment at how a Kenyan marketing agency “Hue Experiential” in conjunction with Unilever Kenya has failed to remit their salaries despite having completed a four-month job as brand ambassadors.

While speaking on behalf of her workmates, one of them narrated how this huge inconvenience has had negative ripple effects in their lives; with some having their kids sent away from school and angry landlords losing patience over growing rent arrears.

“Hello Cyprian, kindly help us deal with Unilever and Hue Experiential Marketing Agency. We worked for four months but we have never been paid.

Hue Experiential Marketing Agency under Unilever Kenya why have you refused to pay your brand ambassadors money after doing Royco Mama Mboga campaign 2019 field job for you? We have tried begging, reasoning out, calling, invoking the name of God, all in vain.

In December, when people were spending, we decided to make money. But this big agency Hue Experiential has refused to clear our wages for 4 months now. And we ain’t talking small money, more than 3 zeros ain’t change.

This was a field job which involved alot; kuzunguka sokoni the whole day selling Royco cubes to Mama Mbogas for four months without pay, where do you expect us to get money and pay rent?

Our children are suffering. My children are at home as we speak. I raise them on my own and for now sina mahali pa kutoa pesa kama sio hii pesa nimengoja for four months now.

So in the spirit of the handshake, when do I get my chums? Now that we have to demand for it publicly since it didn’t yield anything when we asked for it privately. All we get are messages to be patient and if you dare complain unatolewa group ya job four months down the line. 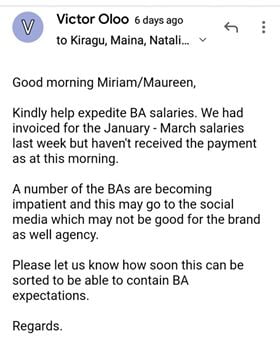 The above screenshot above is what the hue project manager sent to Unilever but nothing has been done, kindly help us get our money.”

Here are screenshots between the agency and our brand ambassadors. 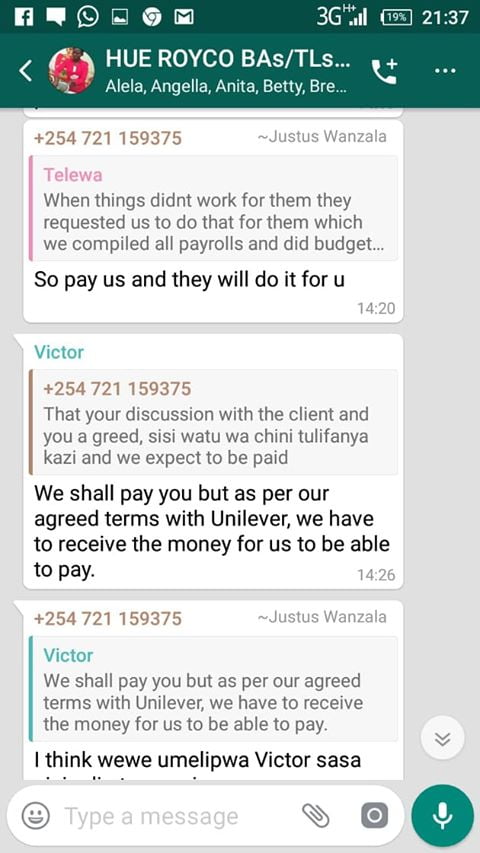 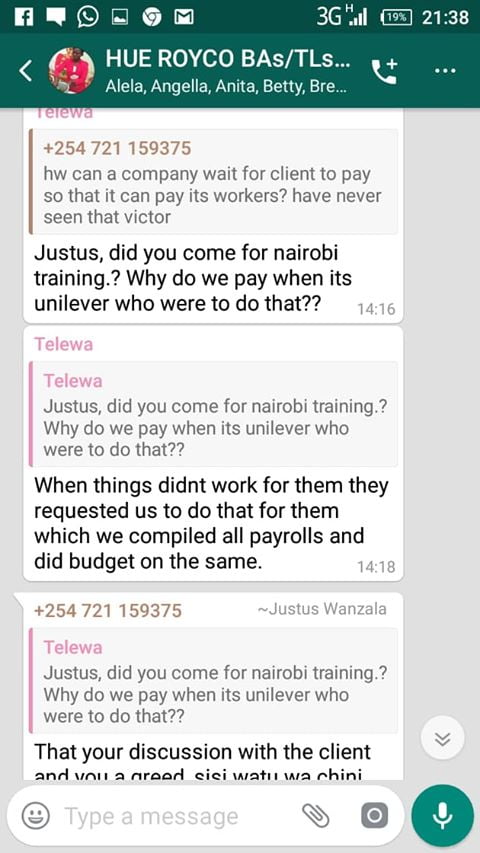 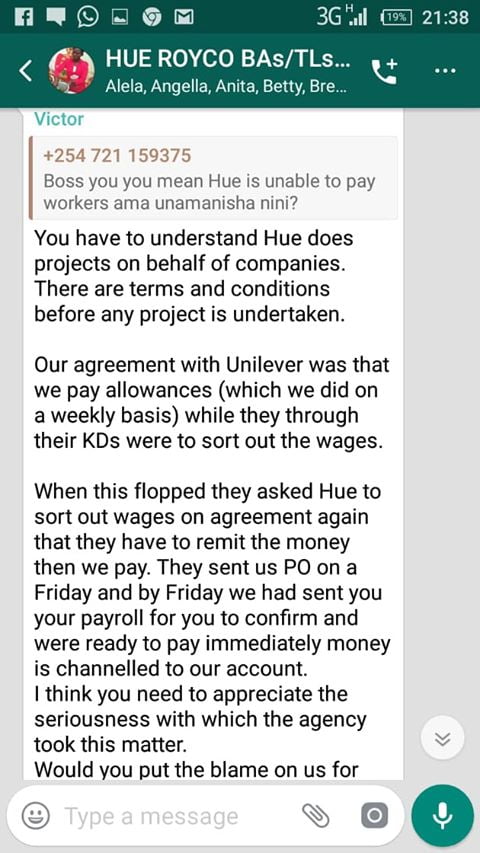 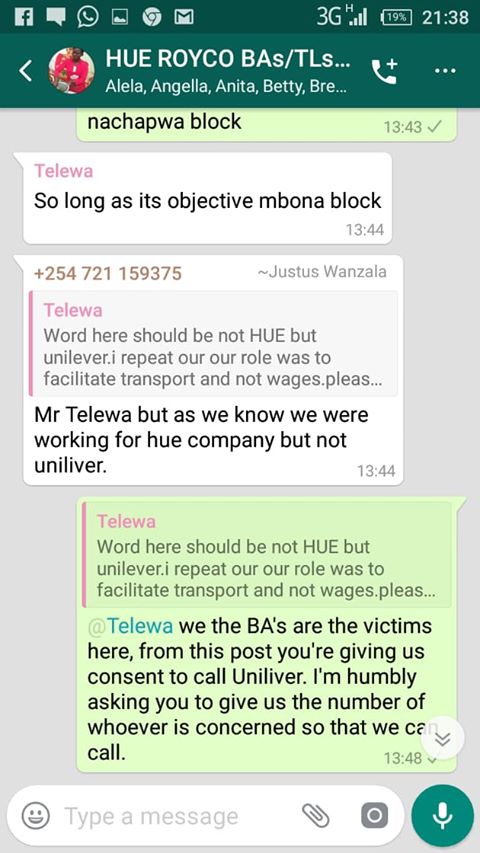 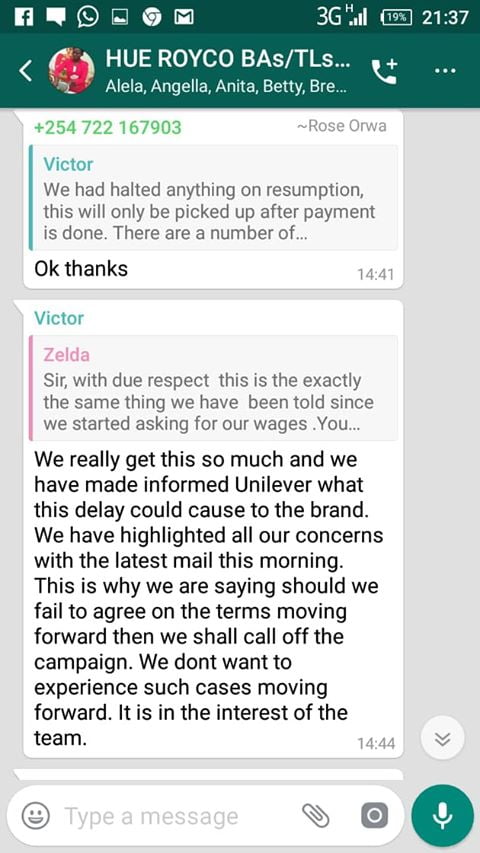 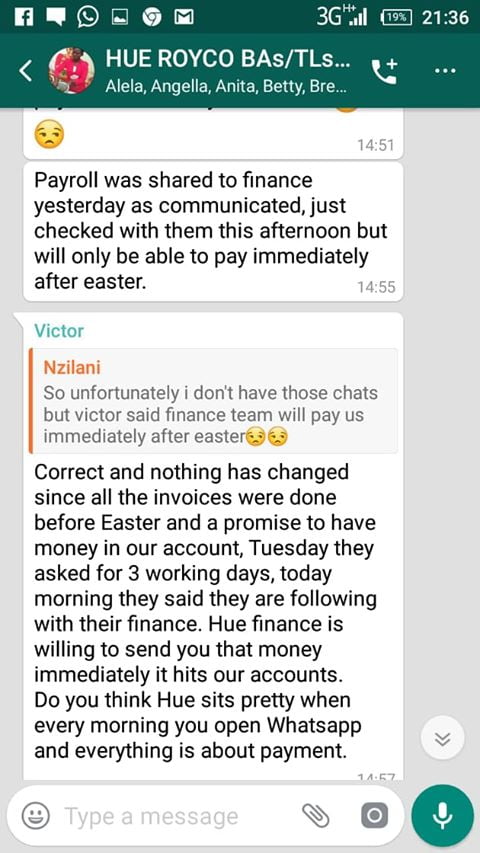 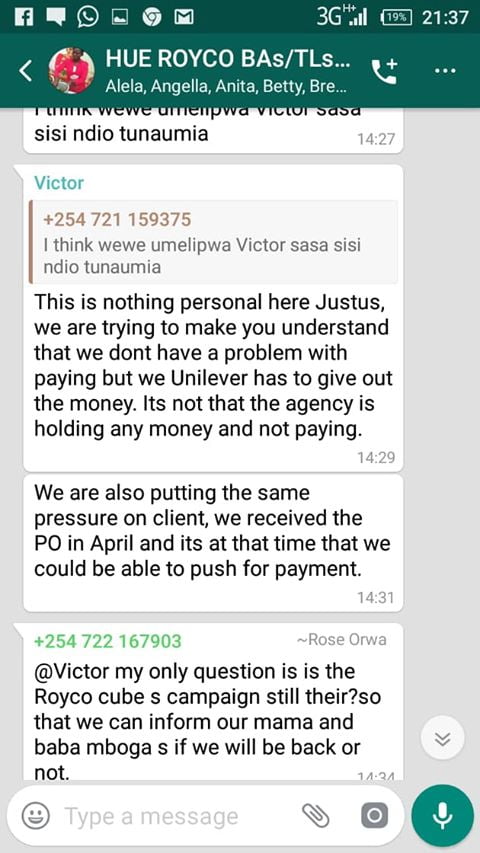 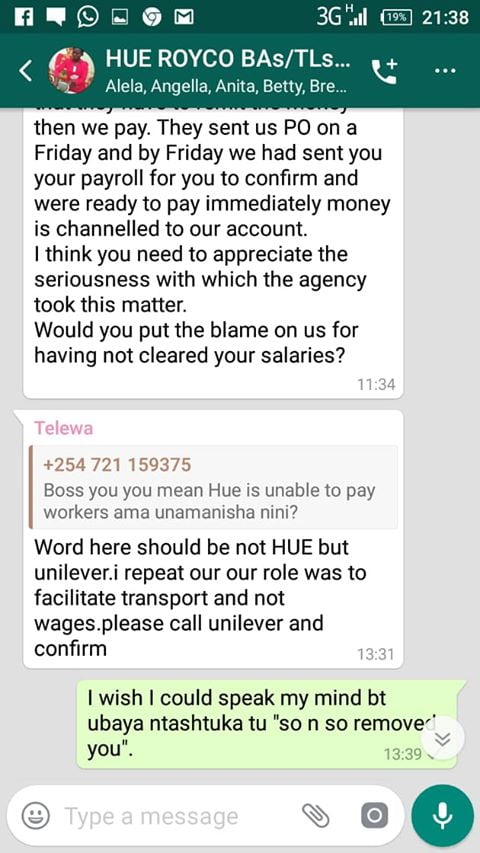 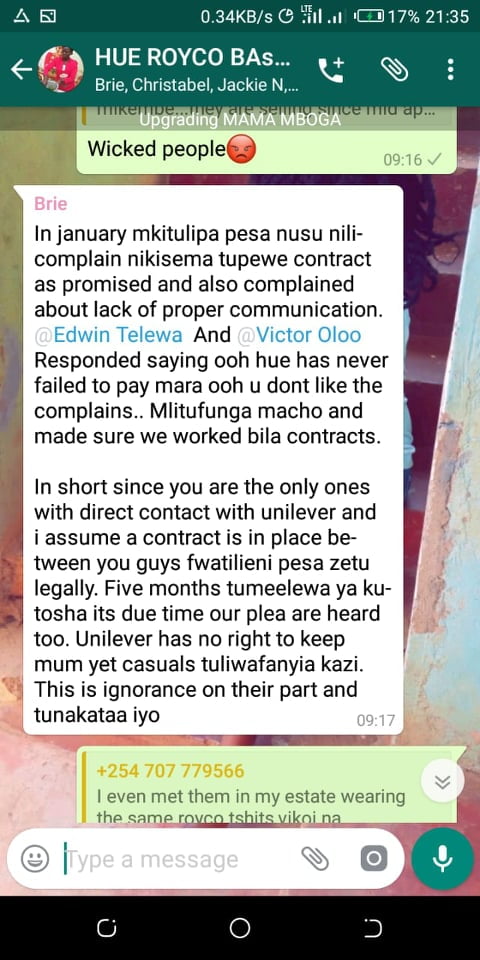 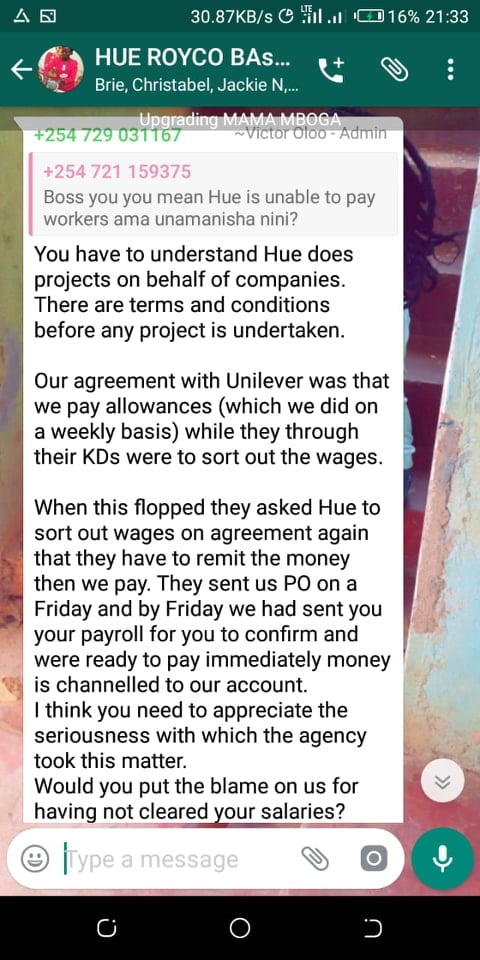 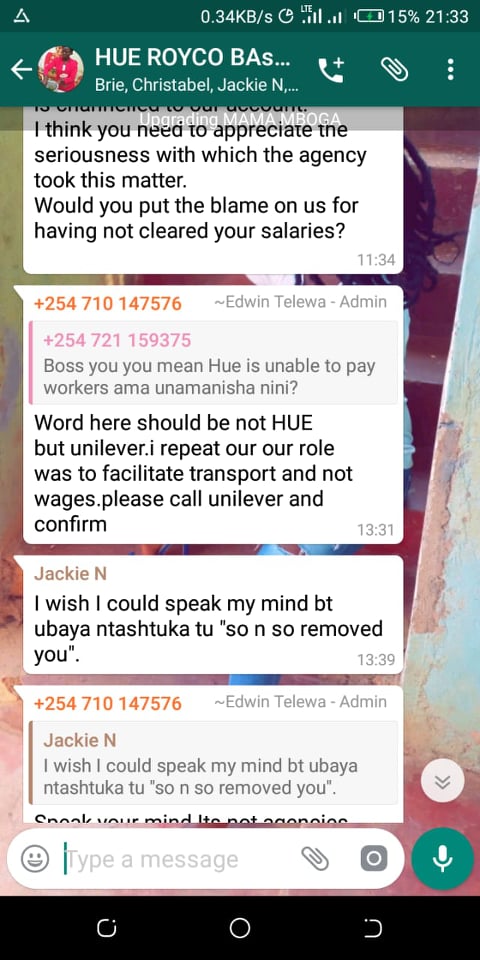 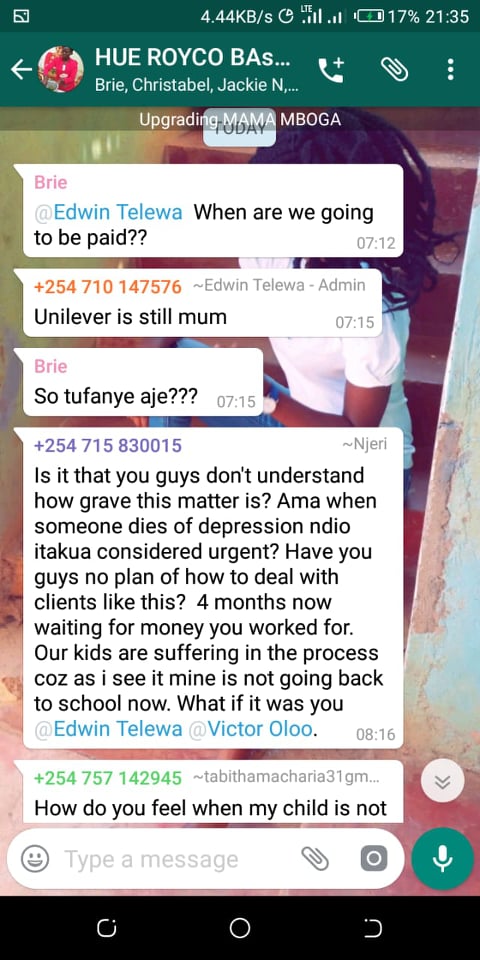 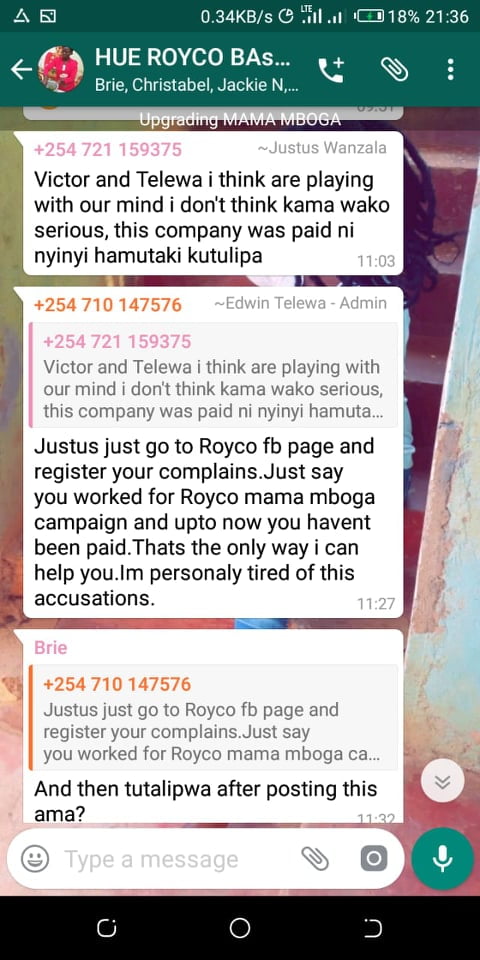 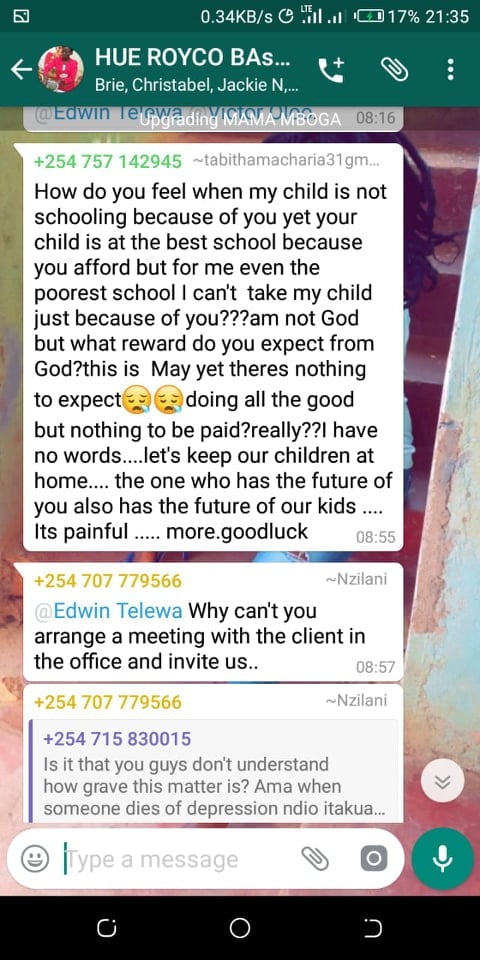 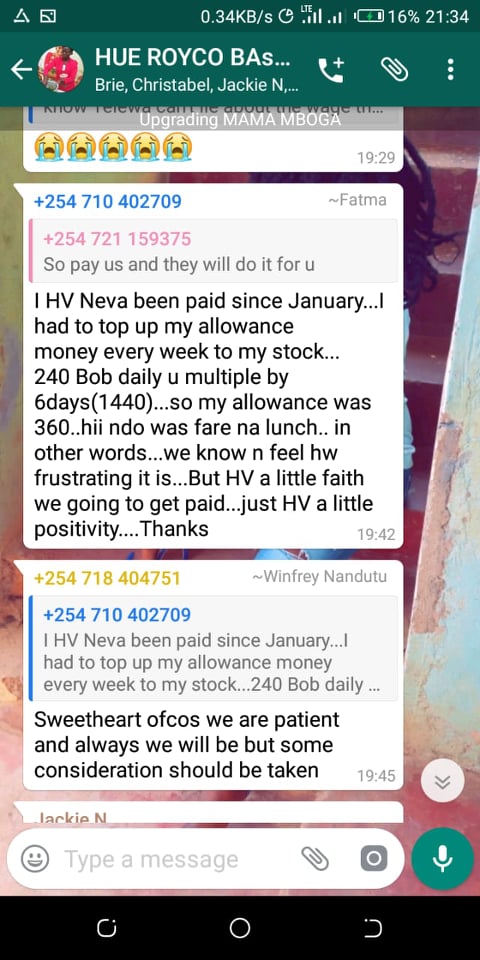