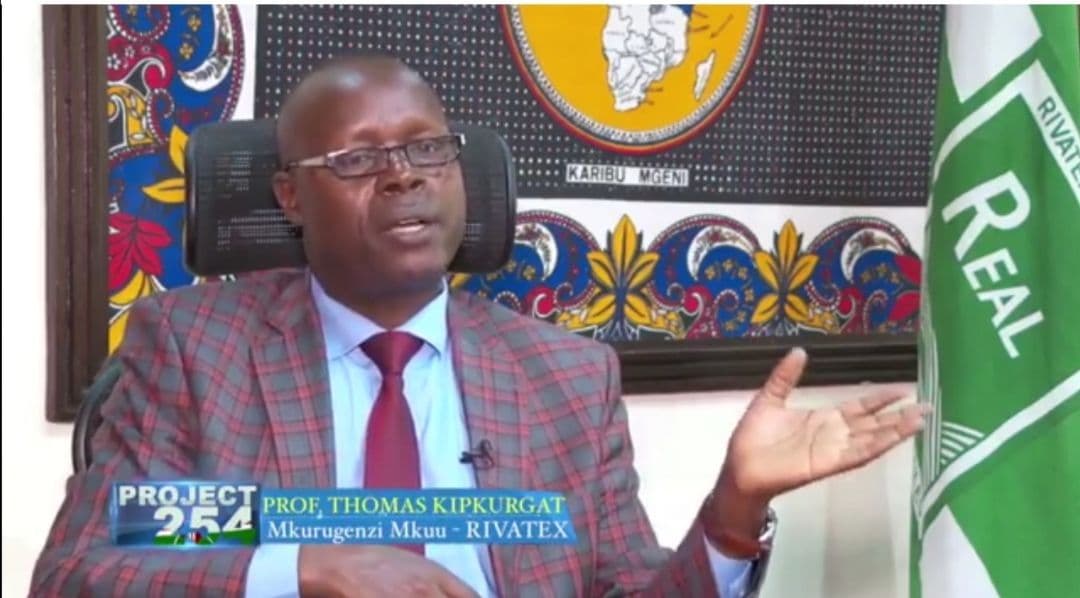 A whistleblower has written to the office of the Director of Public Prosecutions (ODPP) to investigate fraud, mismanagement and theft by Rivatex Limited Managing Director Professor Thomas Kipkurgat.

Prof Kipkurgat is accused of bribing authorities to go-slow on the many corrupt dealings going on at the Eldoret-based Garment manufacturer.

I am writing as a whistleblower from Rivatex Eldoret. I wish to inform you that the MD Prof Thom Kipkurgm (phone number) is involved in massive graft in the company and I call upon your able office to investigate vigorously him alongside his aides namely: 1. Joseph Keter- HR Manager (phone number) 2. Silas Chewaina- PA to MD (phone number) 3. Stanley- Accountant (phone number) 4. Caleb Murgor- MD’s Driver (phone number). All the above are MD’s proxies”.

The whistleblower who is well placed within the parastatal further says, “They (MD’s accomplices in crime) act on his instructions on every deal”.

He claims, that there is a big scandal involving Rivatex and The Nairobi Hospital where he asks ODPP to ‘investigate and unearth’.

The whistleblower letter seen by cnyakundi.com also alleges that the MD bribed a youth group with some Sh300,000 ‘in one of the Eldoret Hotel’ and that ‘he has the full details’.

Prof Kipkurgat is also accused of nepotism where he is said to have ‘hired many of his relatives in the institution’.