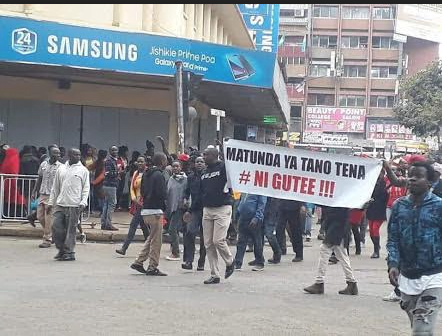 CAPTION: Kikuyu’s can finally see through the lies that the Kenyatta family has fed them with, over a period of 5 decades. Let’s at least be happy for them that they’ve reached this point.

Kenyans were pleasantly-surprised to see a large crowd of businessmen largely drawn from the so-called “entrepreneurial” Kikuyu community, speaking about a revolution. Their only mistake was standing outside parliament and lending their ears to institutional-clusterfucks like Sakaja Johnson and Jaguar.

In Burkina Faso for-instance, the large crowd which had gathered outside parliament in 2014 did not dare listen to their politicians. They did the unthinkable and razed down the parliamentary buildings and headed to StateHouse to eject dictator Blaise Compaore. Fortunately, the President had fled the country.

But protesters were very organized. They did no major harm to state installations and even private property owned by normal Citizens. They particularly targeted corruptly-acquired assets by politicians allied to Blaise Compaore.

So rule number one, never lend your ears to system apologists at any level. Start switching off your televisions anytime they come on TV to regurgitate the propaganda and rhetoric crafted by their benefactors.

It is worth to note that noisy Jubilee street-urchins like self-styled Mungiki spokesperson Moses Kuria were nowhere to be seen. Kuria knew that he is an unwanted man and all the posturing he does on TV is meant to excite simple minds in the community and moreso the poverty-stricken, jigger-infested, HIV-infected population of Gatundu. 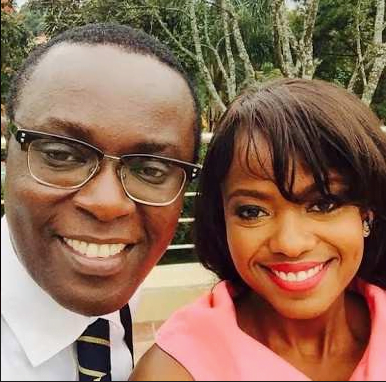 CAPTION: Mutahi Ngunyi, Moses Kuria, Dennis Itumbi, Kimani Ichungwah, Ngunjiri Wambugu were tasked to inundate Kikuyu’s with propaganda in support of the Kenyatta-family, projecting Uthamaki is some sort of cult.

But these are really interesting times, to see members of the Kikuyu community put their activism gear and hitting the streets.

Indeed, revolutions are middle-class uprisings against incompetence, corruption and open contempt meted against them by policy makers. It is during the Kenyatta era that emerging middle-class “new money” Kenyans got hit with unbearable taxes, coupled with a spike inflation.

We are also seeing a collapse of the Jubilee propaganda machinery which has prided itself in brainwashing Kikuyu’s into believing that the Kenyatta family assets are some form of cooperative society, where every Kikuyu will be earning dividends from.

So daring us Uhuru Kenyatta that his family has embarked on a massive real-estate project called “Northlands” against a back-drop of alleged disappearance of our first tranche of Eurobond monies. One only needs to put two and two together to know what happened here. 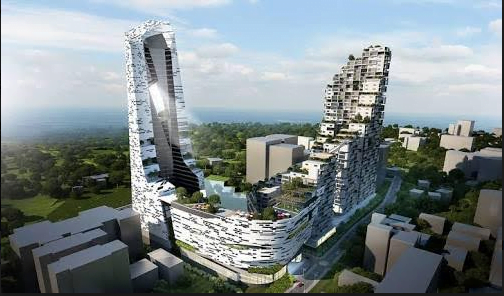 CAPTION: Northlands Estate is being constructed at a time that Kenyans noted massive holes in our budgets with the wholesome disappearance of our Eurobond funds. It is this open display of contempt by the Kenyatta family that has got Kikuyu’s all riled up.

Another thing which is disgusting Kenyans is the fact that Gideon Moi is being presented as the viable alternative to William Ruto, yet both are accomplished thieves who only want to plunder our treasury for their own personal gain. While Ruto has become an overnight billionaire purchasing choppers and hotels, building flats and bribing church leaders like Cardinal John Njue, on the other hand Gideon Moi is a name very prominently covered in the Kroll Report, titled “The Looting Of Kenya.”

Now Uhuru thinks Kenyans are dumb enough to ignore these glaring discrepancies and the leadership vacuum, and has gone on full-throttle with a cosmetic war on corruption where his cronies are being shielded. And as if Uhuru’s corruption wasn’t bad enough, he has consistently shown Kenyans the middle-finger, by re-appointing crooks into prime positions, case-in-point being appointments of old geezers like Francis Muthaura, Ben Chumo, Sam Ngumi, spent-cartridge Matu Wamae and the likes.

We need not chronicle other cases of corruption directly engineered by Uhuru himself because everything is in the public domain.

Uhuru puts himself in the inevitable position of triggering a revolution. Middle-class Kenyans need to understand the nature of a People’s revolution. It’s not one to be staged by low income-earners or slum-dwellers. No, these idiots can comfortably survive on a dollar a day and can happily live in squalor like pigs. We need such idiots when we revive our industries, to work as casual laborers.

A Revolution is a selfless undertaking by middle-classers who because of social-media, travel, can see what good governance is doing to other nations and aspire for the same in their home-land.

Why are Kenyans perennially broke? Because for every hospital case, or death, you are always being added on a whatsapp group to “changa” and help with either medical or funeral expenses. Will you continue like this? Will you continue going back into your pocket to finance Governments corruption?

Kenyans have become such institutional-clusterfucks that they’re now adoring proceeds of crime as if it’s an achievement. They mill malls like Kirubi’s white-elephant Two Rivers, which was probably supposed to be a regional referral hospital, serving Kenyans and foreigners alike. Instead of going to India, you’d be going there.

Stop celebrating corruption fellow Kenyans, and stop lending your ears to system apologists like Sakaja Johnson, Jaguar. These are retarded nincompoops who have nothing new to offer Kenyans.

Let’s regain a sense of humanity and belonging. Stop worshiping someone because he has a new car or big house. In other countries, they’re investing in quality public transport (not the sham SGR which was just an avenue to plunder money). Leave the churches to worship politicians and the illicitly-acquired money.

Infact if you want to save yourself from this malaise, stop attending church. I’m speaking to Kenyans 40 and below. The other older ones are beyond redemption.

Sleep over it fellow Kenyans. Now we’ve seen police spray bullets on a vehicle and nobody has been arrested yet. They’re sending a message to us that “mta-do?” They’re sending a message to people like the DPP and the likes. We can’t live in such a suspended reign of terror.
Sleep over it, don’t be in a rush and most importantly if you’re under the age of 40, start detaching ourselves mentally from corrupt church leaders like Catholic’s John Njue, ACK’s Ole Sapit and his money-hungry cartel of bishops strewn across the country and the likes. Religion is a tool for governments to suppress poor masses.

It is wrong for an illegitimately-elected government to create policies that systematically undermine local investors. However big or small. That Somali barons are using their links in the Government to import duty-free stuff and undermining those small traders and businessmen who religiously pay taxes and licenses. No way.

You have now seen your Mpesa charges have gone up because the government is over-taxing you, yet you can’t see what they’re doing with that money. All we have is Githeri media saying that the ballooning of malls is proportional to economic growth, yet those malls have been stolen with our money. No way! 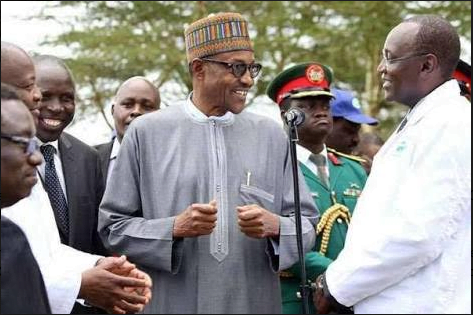 CAPTION: During a state-visit by Nigerian President Muhammad Buhari, he was taken to Brookside instead of farmers-owned KCC, which goes to show the state-capture by one family. It is this and many other examples which have led to a Kikuyu-uprising.

We have Githeri media bribed to say that the mushrooming of flats is a sign of economic growth, yet monies to embark on this “developments” is stolen from public coffers. Yet we know very well that KURA are bribed by Hass Consult, Knight Frank and Cytonn Investments, to concentrate infrastructure projects in areas like Kilimani, Loresho, Runda, Kileleshwa, Parklands and the likes.

Yet as they do that, Eastlands is choking under the weight of bad roads and drainage systems. They’ve totally neglected to complete the Greater Eastern ByPass, they refused to build good roads in Rongai, Kiseria, Thındıgua, Ruaka, Ngong, Juja Farm, and Eastlands, areas which are occupied by the middle-class. You only see new road projects in up-market areas. No. Apana.

Middle-Class, stop being taken for fools. Arise and make a difference. Stop worshipping vanity and displays of opulence from retarded politicians and social-media individuals. Stop all this nonsense!

Young Kenyans were fed the lie that a university education means job-security but many of you are still living at home with your parents even after graduating. Stop listening to your parents because they’re also as dumb as the religious leaders they worship. They didn’t use their youth to clamour for good-governance and that’s the reason why we are in this mess. 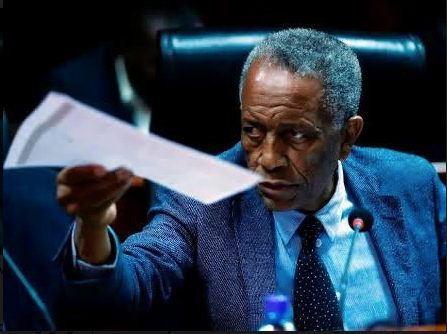 CAPTION: Chief architect of the Ruaraka scam where he has been paid multiple times for the same parcel of land, remains a free man, just going to show how deeply-rooted Impunity is.

Don’t let your retarded parents discourage you from engaging in protests. They hail from the school of thought which promotes “peace” as a substitute to good-governance, accountability and transparency. That’s why in their stupidity, old women are bribed by politicians with 1,000 and can happily run a family for a week with the Unga and Sukumawiki they buy using that money.

1,000 as a young upwardly-mobile Kenyan can’t even get you a decent meal and drink, not unless you’re visiting a chang’aa den. Is that logic of your mother’s even feasible? Stop following their advise and stop being blackmailed using religion to “respect” them. Their time has passed.