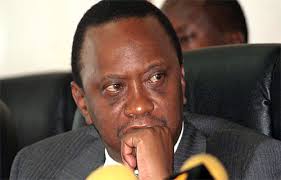 There is speculations at the Coast that Malindi MP Dan Kazungu is being prepared to take over the cabinet slot held by suspended Labour CS Kazungu if he does not make a comeback.
Jubilee schemers have been luring the ODM MP to join cabinet to facilitate a by- election in the region to test political waters in coast region.
They are bitter and want to revenge for what happened in Kajiado Central where their candidate lost to Cord aspirant even after poaching Joseph Nkaissery and appointing him as interior security cabinet secretary.
Sources within URP Coast claim Kambi’s fate is already sealed and he is not expected to rejoin the cabinet even if he is cleared of the allegations of corruption that prompted him to step aside.
As a result, his place in the cabinet will in due course be filled by his namesake Kazungu, the youthful ODM Malindi MP.
It is instructive to note, Kambi’s appointment to cabinet was not well received at the Coast from the beginning.
At the same time, his mumbling during vetting and subsequent remarks he would make when teachers and doctors went on strike put a question mark on his academic credentials.
The Malindi lawmaker is a close associate of William Ruto. A number of times, the MP has accompanied the VP in foreign trips.
Surprisingly, the name of Kilifi North MP Gedion Mung’aro also features as a possible replacement of Kambi. Mung’aro who is also technically in ODM is a close associate of Ruto and Uhuru Kenyatta.
A few weeks ago, he accompanied the DP to Ganze and Lunga Lunga constituencies for political rallies. He and other Coast MPs pledged to cross over to government side in the next general elections.
However, Mung’aro’s supporters are reportedly divided over whether he should take up the offer if it comes his way or should continue working his way towards becoming the Kilifi county governor.
Mung’aro’s supporters who are opposed to him joining the cabinet say he will be tied down and be unable to speak freely on political issues. But those urging him to take up the slot argue that joining the cabinet will increase his clout and compensate for his unceremonious removal from the post of opposition chief whip.
Sources now say that Uhuru is likely to increase the number of cabinet secretaries from the current 19 to 22 and that he is now under pressure to do a comprehensive shuffle. Already word has it that Lands Cabinet Secretary Charity Ngilu’s fate has been sealed the same as that of Transport CS Michael Kamau.
With Kamau’s fate sealed, sources say the immediate former chief of staff Julius Karangi is the man to take over the Transport docket. The name of Philip Kaloki who is the chairman of KMTC is also being mentioned as possible replacement of Ngilu. In 2013, he lost the Makueni gubernatorial election on WDM ticket and lost Kivutha Kibwana.
Following the death of Makueni senator Mutula Kilonzo, he decamped from WDM and contested the by-election on Jubilee ticket and lost to Mutula Kilonzo Jnr. It is imperative to note that Kaloki joined Jubilee on his own and not through Ngilu’s intervention and so he cannot mind replacing her.
The name of former Mutitu MP Kiema Kilonzo is also being mentioned as possible replacement in the Lands docket. He contested Kitui gubernatorial seat on Narc ticket and lost to Julius Malombe of WDM. He is now Kenya’s ambassador to Turkey.
With the appointment of Eugene Wamalwa to the Water ministry, the Luhya community is well taken care of in the cabinet. The Luos with Rachel Omamo are not foreseeing any ministerial appointment. The North Eastern region is also well represented in the Jubilee government and new appointments are likely not to benefit from the looming shuffle.