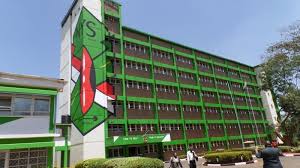 This is a sad case of mis-information from the Kenyan media. Today, 50 years after independence, the corrupt corporate still run the Kenyan media. Such a monopoly has guaranteed massive corruption, constant and consistent media lies, uniform indoctrination and very toxic policies.

A few days ago, we woke up to news that a whopping Sh130 million confiscated from two NYS  suspects by investigating officers was  missing. By the way this was Standard Newspaper headline . I asked myself a basic question ” I this possible ?”

The standard Newspaper alleged that Jane Wangeci Gichuki, a supply chain management assistant told them that 130 million was taken from their homes by investigators who raided their home . So was this true

The editor of this site Cyprian Nyakundi went on a fact finding mission and can confirm that these women were lying . My sources have confirmed that no money was stolen by the investigators . This is what happened.

By the time investigators raided Key NYS suspects homes, Everything of importance had been hidden, Sources have confirmed to Cnyakundi.com . In fact all these suspects were alerted that a raid would be conducted

You see when the NYS scandal was hot, Some people decided to use bribery to save themselves . So this Wangeci Gichuki lady paid millions to some officers to protect her but the guys failed to do that.

In a nutshell, Wangeci Gichuki  is demanding for her bribe because the officers failed to do what they promised her . My question is” Can you demand for a bribe ? ”

The fact that officers were bribed Millions to protect some NYS scandal propagators shows that this scandal was bigger that imagined.

What can be done ? This Gichuki lady should be arrested and forced to explain why she bribed officers – She must name the officers she bribed. These officers must face the law for promoting impunity .

Next time I urge the media to research and get facts before misleading Kenyans .

I still ask, Can you demand for your bribe when what you wanted done is not done ?