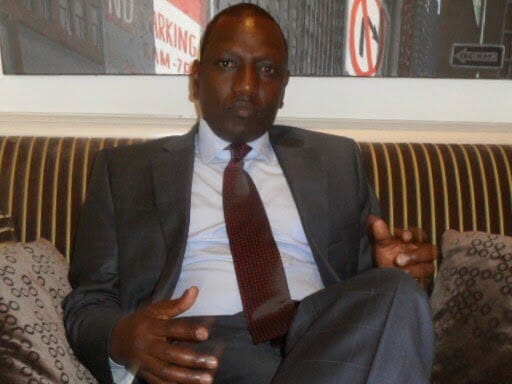 2. He went to Sambut Primary School before proceeding to Wareng Secondary School, then Kapsabet High School

3. He later went to University of Nairobi where he graduated with First Class Honors Degree in Bachelor of Science (Zoology and Botany)

4. He began his political career in 1992 and joined the Youth for KANU movement

6. He is married to Rachel Ruto and the couple has six children together

7. During his years at UoN, he was a choirmaster and an evangelist, he is a member of the African Inland Church

8. He is one of the ICC suspects for committing crimes against humanity during the 2007/ 2008 post election violence

9. In his childhood, he used to sell chicken and groundnuts along the Nakuru-Eldoret Highway

10. He is a self made millionaire and among the richest people in Kenya