An aviation enthusiast from France has revealed that two months ago, he had sent Ethiopian Airlines an e-mail regarding the safety of their newly acquired Boeing 737 Max after a similar aircraft was involved in an accident in October last year.

In his mail, the man expressed his concern that a new anti-stalling system that came with the 737 Max might have been the cause of the tragic crash.

He, unfortunately, never got a response and just two months later, the plane was involved in a fatal crash that left a hundred and fifty seven dead.

Had the airline read the mail and perhaps, put the man’s concerns into consideration, then maybe, just maybe, yesterday’s horrific incident wouldn’t have happened.

Here is the e-mail he sent them below. 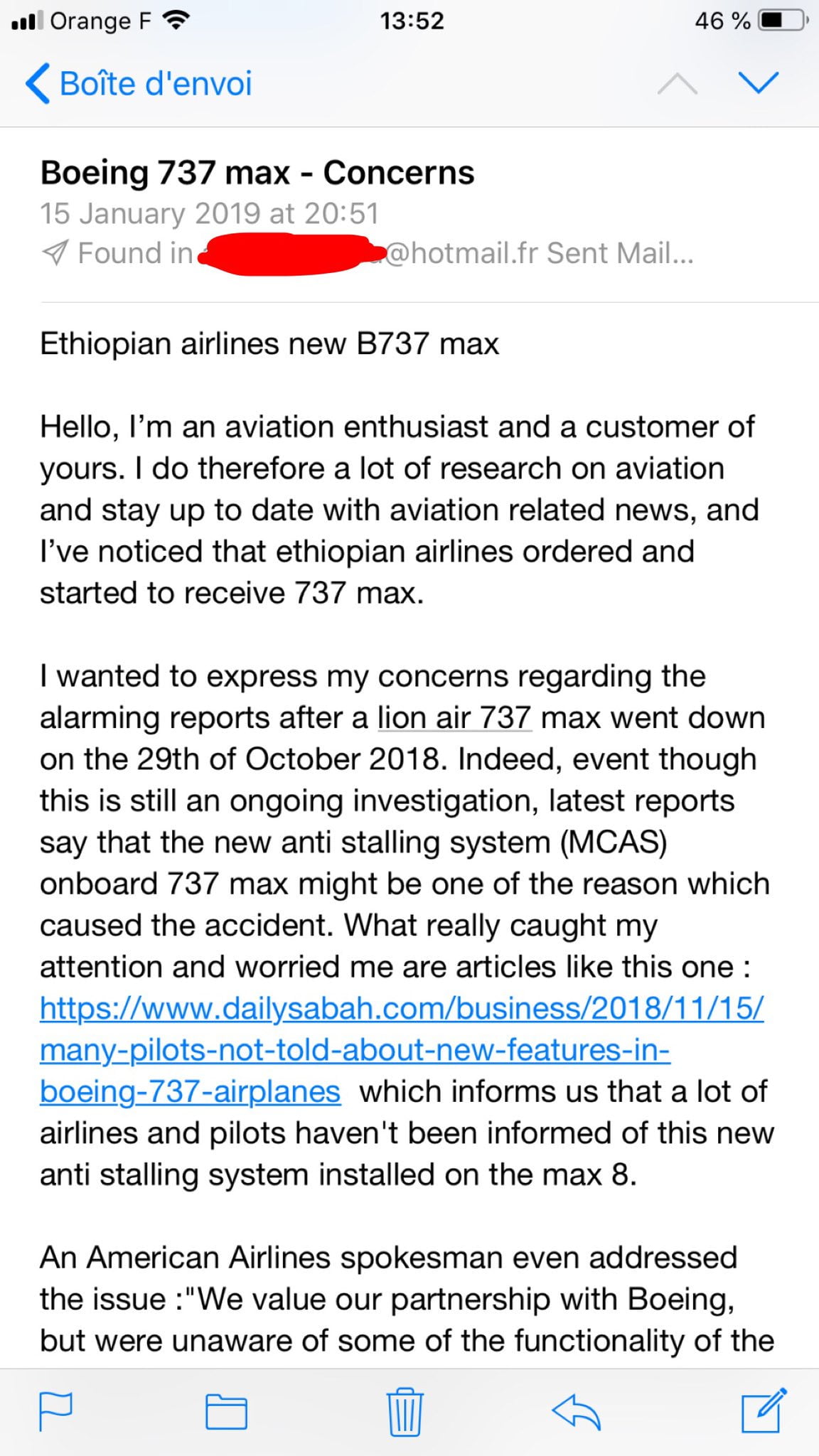 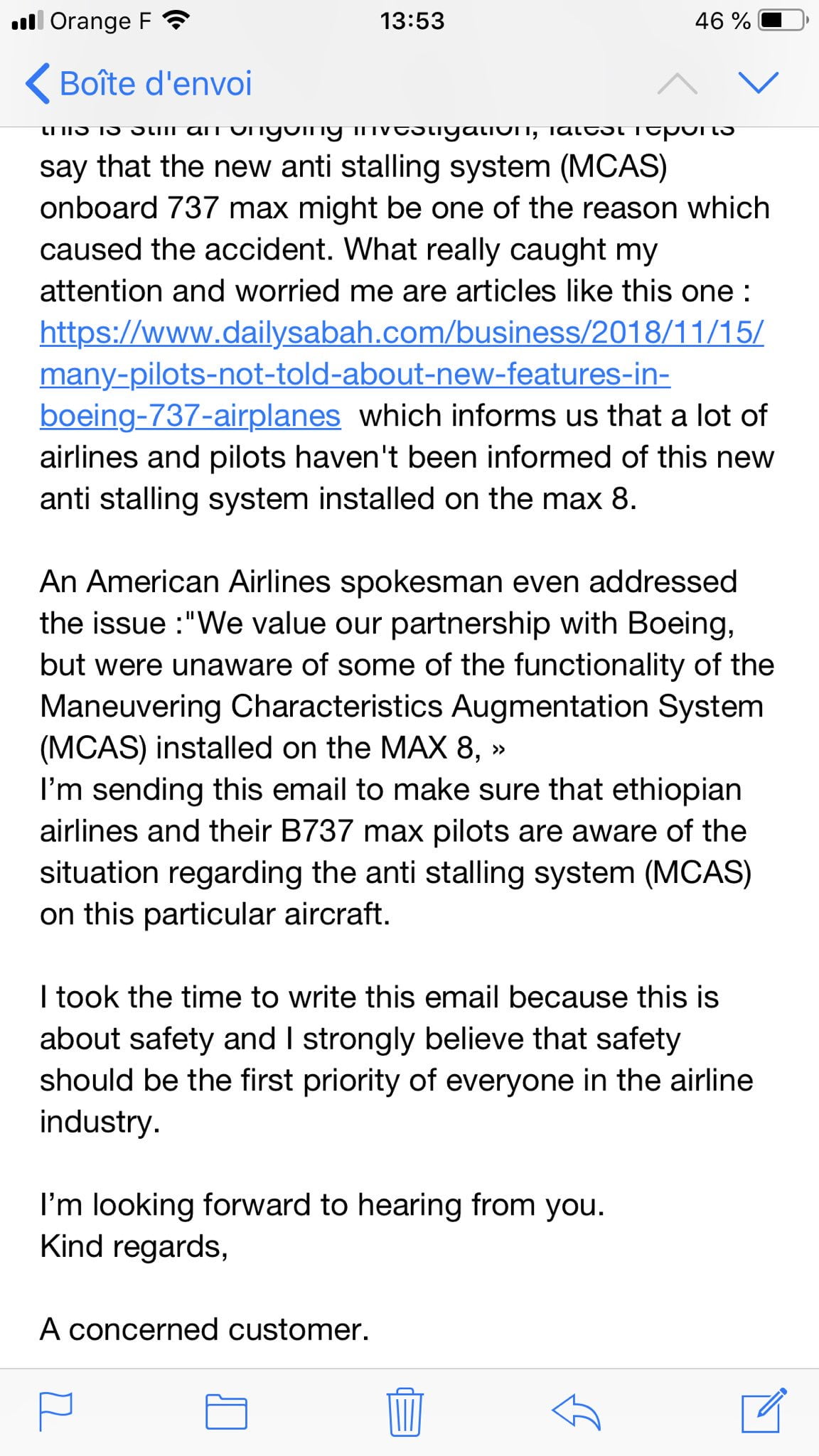