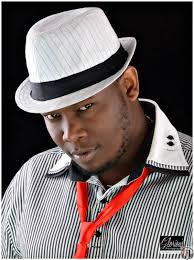 A renown gospel singer popularly known as Rufftone has been implicated in a report approved by the Vihiga county assembly of receiving Sh180,000 as imprest during distribution of subsidised fertiliser.
It is said a one Moses Andangulu who is related to the singer colluded with Rufftone to mint money.
The report by an ad hoc committee chaired by Muhudu ward representative Jackson Musoga says that Rufftone received the said amount for entertaining the public who were buying the fertiliser. Musoga is Rufftone’s uncle.
Following the release of the report, Governor Moses Akaranga suspended agriculture executive Halima Abdi and her chief officer Moses Andagalu. The report notes that the signatures appended against the musician’s name are different.
“Rufftone signed for a lot of money but the signatures are not the same and someone may have forged his signatures to swindle the money in his name,” the report said.
According to the report, Rufftone received Sh140,000 on March 3, Sh20,000 on March 6 and another Sh20,000 on March 7.
The director of agribusinesses Lucas Makhaniah is quoted in the report as saying it is not known who contracted the singer to entertain fertiliser buyers but he however confirmed that Rufftone was paid some money.
Andagalu however said the gospel singer approached him and requested to entertain fertiliser buyers and in turn be paid from the proceeds from the sale of the commodity while, Abdi did not quote the exact amount paid to the musician saying she does not handle the department’s finances.
The report indicated that a total of Sh831,200 was paid as imprest during the one week fertiliser distribution and called for further investigations and verifying of the signatures to ascertain if its Rufftone who signed for the money.
The nine-member ad hoc committee set up to conduct further investigations and audit into the procurement and distribution of the Sh30 million fertiliser has begun its sittings.