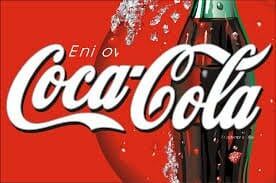 A section of Coca Cola Kenya staff are not an happy lot. The employees are raising concern on the manner in which an acting CEO of Almasi Beverages constantly abuse and humiliate them in their place of employment.
According to a section of current and former staff members, the acting CEO Joyce Machari, “is unprofessional and inhumane when dealing with employees who respect and are loyal to the Coca Cola.”
The employees claim that sometimes Joyce forces them to be in office from 7AM till 3AM doing absolutely nothing but just pleasing her by keeping he company in the office. She is reported to be fond of holding even married employees in the office past midnight which forces them to risk their lives while commuting to their place of residence.
In one of such instances on 10th November 2014, she held senior managers in the Delta Towers officers from 8AM to 3AM the next day without breaks claiming that she was having them undergo performance reviews.

Joyce is so dictatorial that on Monday 22nd September 2014, she ordered all staff to report to Naivasha on 23rd September till Friday 26th September without being conscious to the fact that some of the staff are in marriages and families where they have to make arrangements well in advance for such an engagement.
On 5th November 2014, the CEO summoned Joyce Chege, 49, back to office past midnight while not recognising the fact that the married lady had just left the office at 11PM. Joyce was forced to drive all the way from Karen to Westlands.
Attendance register showing what time employees report and leave Almasi Beverages

Ken Omondi, an IT staff, left the office past midnight after which robbers attacked him and robbed him all belongings including phones, laptop and money from his ATM before abandoning him in Machakos. He reported the matter to police in Machakos. When he reported the matte to office the next day, he was promptly sacked.
Letters showing staff displeasure

In one instance, Charles Adhola who is the HR manager was summoned to office at 10PM while he was in hospital while his child was being operated on.
The staff have written to both Coca Cola’s regional office in Nairobi and the Headquarters in Atlanta but no action has been taken on the dictatorial CEO.
Efforts to get matters resolved internally by the board have been thwarted as board Chairman, Dr John Simba, is said to be behind the acting CEO. Excerpts a recent board meeting show that the company is planning to use all its media connections to counter the discontented employees.
Joyce was formerly the MD of Mount Kenya Bottlers. She moved took over as acting CEO at Almasi Beverages after the merger of Rift Valley Bottlers, Kisii Bottlers and Mount Kenya Bottlers to form Almasi.
Some of the staff members are contemplating going to court over these abuses.