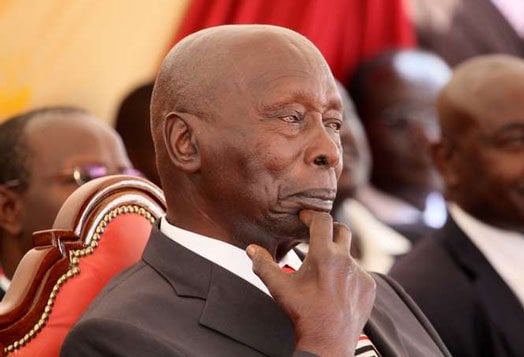 DCI detectives are currently investigating about 28 vehicles which are believed to have been bought through funds meant for the Arror and Kimwarer multipurpose dam projects.

The cars are reported to have been mysteriously transferred to two privately owned warehouses before they were registered with one warehouse being linked to former President Daniel Arap Moi.

According to investigators, Ksh. 160 million was paid to Toyota Kenya for the purchase of 45 vehicles that included Prados, Toyota Fortuners, Corollas, Hiace vans and several pickup trucks.

Out of the 45, only 17 vehicles were registered under the firm hired to construct the two dams — CMC di Ravena — which has since filed for insolvency in Italy.

18 of the vehicles were transferred to a a warehouse on Mombasa Road in Nairobi as 10 others were taken to a Moi-linked warehouse at the Jomo Kenyatta International Airport owned by logistics firm Siginon Freight Kenya.

37 of the vehicles have already been traced and impounded by DCI detectives who took them to their headquarters along Kiambu Road.

Despite nine of the vehicles being registered under CMC di Ravenna, detectives insist that they are still part of the probe.

They, however, haven’t confirmed whether those vehicles impounded at the two warehouses on Mombasa Road and the JKIA respectively, had been registered or whether those behind the movement have been found.

122 companies that received money from the dam projects are currently being investigated due to the fact that despite over 75% of the budget allocated for the dams being released, there is little to show for it on the ground.