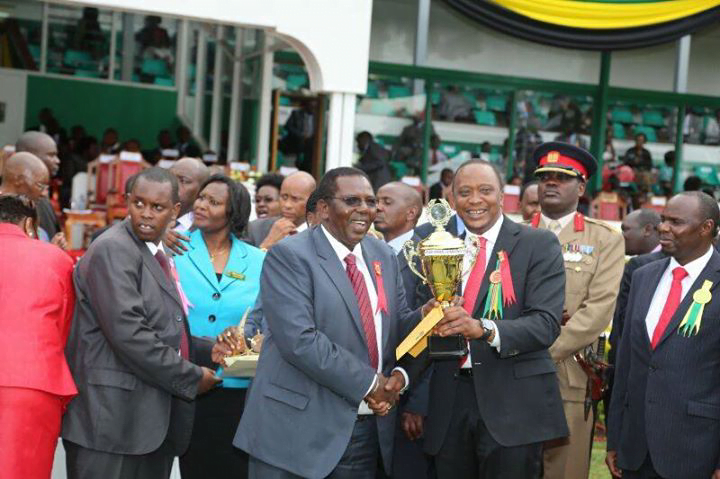 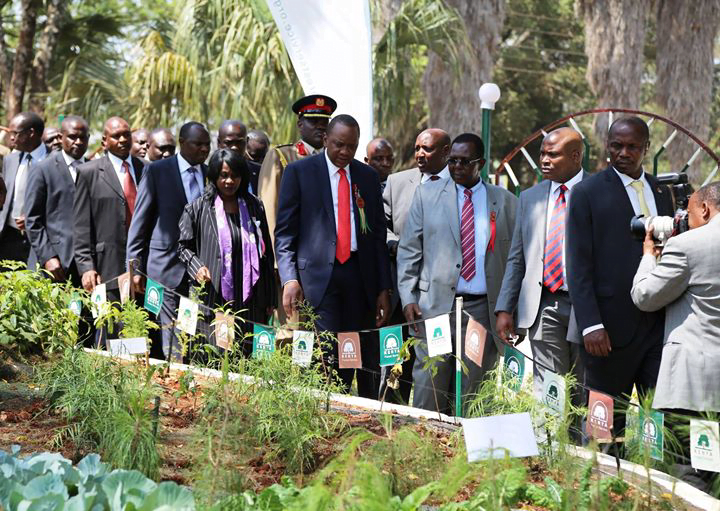 A former Sports Stadia Management Board CEO and a prominent vehicle dealer have teamed up to form a consortium that is eyeing millions of shillings of state funds in a project dubbed “Magic Cup.”
Sam Mwai who is founding CEO of Sports Stadia Management Board and a director of Icon Sports Marketing Limited, has teamed up with the current Kenya Forestry Services Chairman Peter Kirigua, under his private company Pewin Supplies Limited, to cash in on the bounty, in a project that was initially meant to position the country’s sports and tourism sectors on a global level.
Sam Mwai is currently the General Manager of the prestigious members-only Karen Golf and Country Club, coincidentally the same area where Mr. Peter Kirigua’s lucrative vehicle dealership Pewin Motors is located.
Since his exit after a protracted tussle with Former Sports Minister Dr. Hellen Sambili, Mr. Mwai has maintained a low profile, opting to pursue golf projects using Icon Sports Marketing Limited as a proxy. Mwai was sacked at the then SSMB, for engineering a naming-rights deal, which would see the Nyayo National Stadium’s name changed to The Coca-Cola National Stadium. A circular from the then Head of Civil Service Francis Muthaura revoked the deal.

Why Mwai had to quit stadium job

While in office, Sam Mwai had tried to broker a few international friendlies with top teams like Hungary, but as fate would have it, none of those projects ever saw the light of day, despite millions of shillings of taxpayers monies being spent in entertaining shadowy brokers at the Soccerex Conferences he used to attend.
Peter Kirigua is also not a stranger to controversy, as his company was named in the scandals that rocked publicly-listed firm CMC Motors in 2011. Local media reported that Pewin Motors agency contract was signed by William Lay on his first day in office, earning Kirigua millions of shillings in fast-tracked commissions, without knowledge of the board.
Eyebrows were raised at a board meeting where CMC Holdings declared a profit of Kshs. 20Million, on the same month that Pewin Motors earned Kshs. 11Million in commissions. His engagement with CMC costed the company millions of shillings in loses.

The agency contract that sparked off CMC board war

With no known engagements in football, why are Sam Mwai and Peter Kirigua eyeing a contract to manage the Sports Kenya annual Magic Cup Tournament?
A brief background on the Magic Cup Tournament indicates that it was launched in 2012, by the then Sports Minister Ababu Namwamba, in conjunction with some nondescript sports marketing company OpenSide Sports Limited based in the United Kingdom, ran by Achie Paton.

A quick google search on the company or individual reveals little or no major engagement in any football projects whatsoever.
But it is said that pressure from the acting CEO of Sports Kenya Mr. Gabriel Komora and former Sports PS James Waweru, saw the company being drafted for the project, despite objections to its capacity and obvious lack of credentials.
Worth noting is that Gabriel Komora has been serving Sports Stadia Management Board (SSMB) and now Sports Kenya, in an “acting” capacity since the exit of Benjamin Sogomo in 2012.
As a protégé of Mr. Sam Mwai who recruited and mentored him into his current role, could Mr. Gabriel Komora be seeking to reward his former boss?
Is there any link between Pewin Supplies Limited and the shadowy OpenSide Sports UK Limited, that was paid millions of shilling and didn’t deliver any football match?
Could this be a well-calculated scheme to loot public coffers and deny Kenya the chance of hosting big teams while at the same time positioning both the football and tourism industries on a global level?
Is there a local face behind OpenSide Sports who has been meeting senior government officials?
Why have old men from one community, with a known history of shady deals, who have never attended a football match in their lives, developed a sudden interest in this tender?
Were Government procurement rules breached by the acting CEO of Sports Kenya Gabriel Komora in a bid to fast-track the awarding of this tender?
Keep it CNyakundi.com for more details on later publications.
Would you like to get published on this Popular Blog? You can now email Cyprian Nyakundi any breaking news, Exposes, story ideas, human interest articles or interesting videos on: [email protected] Videos and pictures can be sent to +254 710 280 973 on WhatsApp, Signal and Telegram.