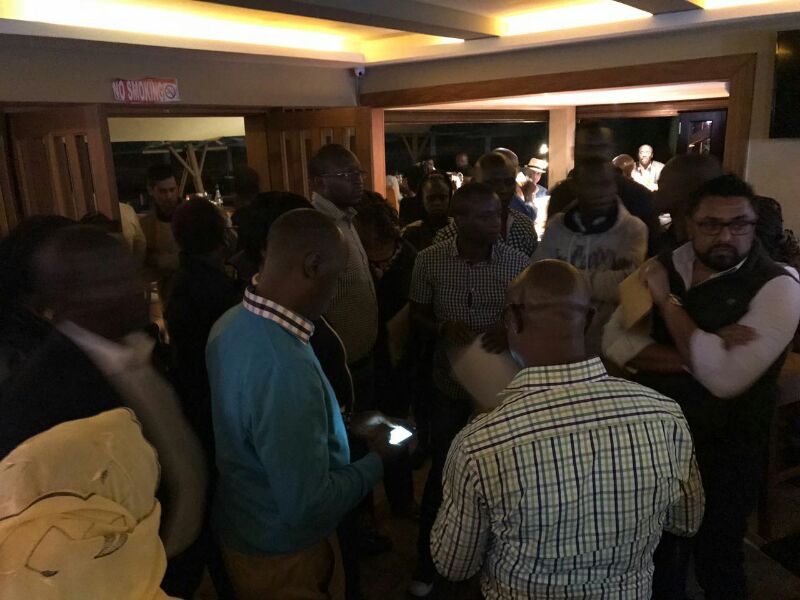 Residents in the upmarket Lavington neighbourhood stormed the Five-One Restaurant and Lounge last evening, asking patrons to drink up and leave.

The residents have complained that since the lounge was opened, the estate has been frequented by many people, causing commotion and disturbance.

On Saturday night, residents camped at the gate to the court where the establishment is located, and stopped cars from entering the vicinity, save for residents and their guests.

This message was circulated via WhatsApp by the residents.

” #shutdownfiveonelounge an illegal noisy bar has started operating in our residential area. They have no consent from the residents and continue to threaten the peace, drunkards all over the road, cars parked in the middle of the road. We can’t get into our homes and fear our safety. Our children are not sleeping due to the loud music and our once peaceful neighborhood has turned into a chaotic jungle of drunk disorderly people. Last night the residents took a stance and we locked the gates but we need more help. We need your help to pass this message on and help us shut them down. How can they be allowed to operate in a vicinity of 3 schools! They operate from early evening and on Saturday morning their patrons were leaving at 7am! Residents are complaining of insecurity We need our neighborhood back. The association has pleaded to the owner and management of the bar and these have fallen on deaf ears. Please help us and share this widely.”

Meanwhile popular restaurant with celebrities and socialites Kiza and B-Club, are also facing imminent resident-action, following what they term as disturbance from the two establishments.

For instance, we have allowed South Sudanese nationals to launder their proceeds of crime in Nairobi, yet they are extremely hostile to Kenyans in their country.

The owners of B-Club are so connected that they once got the children of President Uhuru Kenyatta to attend the grand-opening of the establishment, where Kshs. 1 million was poured. It is said that their credit-cards were withdrawn after that incident.