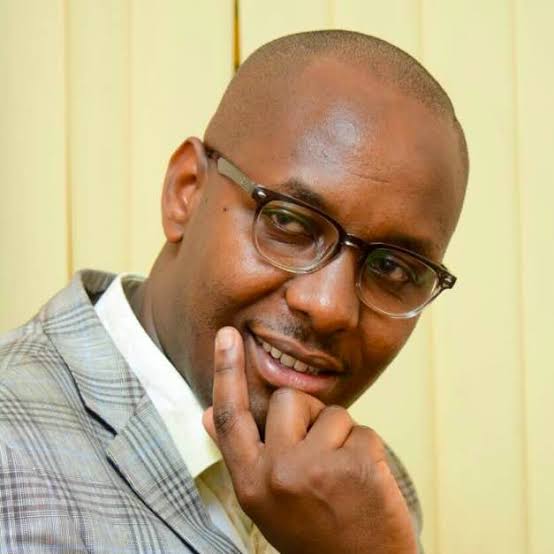 This a new untold story of Ex-Standard Group journalist Mwaniki Munuhe’s father whose ascendency into the board membership of the Kedong ranch, raised eyebrows just like his son’s quick rise to riches.

Once a Standard Editorial Team staff member, Munuhe was named as one of the notorious deplorable involved in the 2015 Waiguru-led NYS Saga. And as they say, the rest is history. The family has used their newfound wealth to buy loyalty, protection and charm.

However, the last item mentioned above, charm, they have failed to buy.

You can fool people sometimes, but you can’t fool all the people all the time.

The whole Muhohetu knows the Munuhe’s; the family which rose from poverty in record time to be one of the most influential.

“He also owns three blocks of apartments in Thindigua also bought cash. He also owns Dove Cage Hotel on Mokhtar Dada street, Mercury Lounge in ABC Place Westlands, and currently developing a Ksh. 800 million hotel in Rumuruti where he comes from. The contractor on site for the hotel Chinese construction company known as Hunan Contractors.”

That’s not the only stain; there’s an alleged murder. Stay with me.

There’s no doubt that Mwaniki Munuhe comes from a very humble background. His dad was retrenched by the Moi government. The dad was just a peasant farmer.

Their fortunes changed after the NYS saga.

In record time, they built a home and furnished it. They also bought a wide range of vehicles, most of the top-of-the-range.

‘The Kedong ranch story is s very sad one’, states one resident

In November 2019, over 300 people held demos at Suswa Trading Centre to protest the construction of a perimeter wall in the land locking them inside with no way out. The land had been hived off for the construction of the multi-billion Inland Container Depot (ICD) in Naivasha.

Now, before Mwaniki’s dad became a board member of Kedong Ranch, the previous board member from Muhotetu was shot dead at his home by hitmen.

Since dead men tell no tales, the man’s widow knows the hitmen since they were with the husband when he was killed but cannot dare report them.

It is alleged that Mwaniki’s father sent the hitmen.

There have been a series of murders of people involving the Kedong ranch, but this one was curious.

After the murder of former board member, Mwaniki’s father was appointed a board member in unclear circumstances.

Immediately afterwards, he went ahead to sell the Kedong ranch but to the people of Muhotetu.

Mwaniki’s father had been a member of PCEA Muhotetu church and even elected as a leader so even when he was implicated in the NYS scandal, members were convinced that it was a witch hunt.

At that time he was working at Standard and he would attend harambees and donated millions of money within that time at PCEA Muhotetu so part of NYS money has been used to build PCEA Muhotetu Church.

Now, any person in Muhotetu can tell you how much Mwaniki has donated to that church

When they say religion is an opium of the poor, it is evident in Muhotetu. The poor farmers “sold off” the ranch which has been passed down as an inheritance for generations. To them, Mwaniki’s father cannot be wrong since he is a church member and was once a leader. This is what Mwaniki and his dad took advantage of and even donated millions to church to fool them.

As anywhere in Kenya, after one has stolen from the public, PR donations are usually not enough and so the dad tried vying for a political position but has failed. He vied as an MCA but only got votes Muhotetu.

The charm offensive of a thief of public finds and swindler of lands continues.

Mwaniki ferried people from Muhotetu on a bus to attend his ruracio. He gave out a handsome amount of money as dowry. All that money is stolen money.

In this article:Mwaniki Munuhe, NYS Scandal