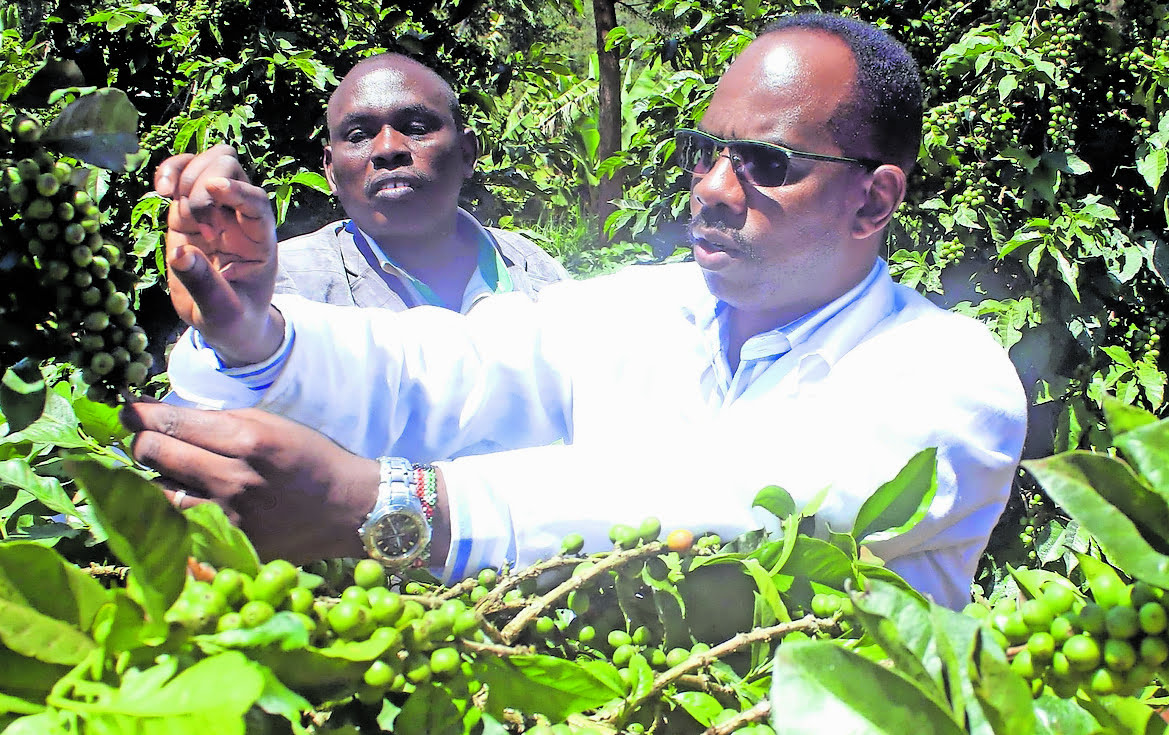 Some of Kenya’s parastatals that were in good shape financially in the past have been brought down by the insatiable greed of leaders.

There are many like Kicomi, Mumias Sugar, New KCC just to mention a few which might never come back to profitability anytime soon, far much when their ‘killers’ are still alive and the political status quo remains in Kenya.

Another, the New Kenya Planters Co-operative Union (New KPCU) is one such parastatal that was raped and plundered in the past.

New KPCU is struggling due to the unpaid debts taken by Kenyan leaders who don’t feel ashamed to pay back.

During the International Co-operatives Day in 2019, President Uhuru Kenyatta ordered KPCU be restructured to play a major role in ongoing reforms in the coffee sub-sector.

That led to the Commissioner of Cooperatives placing the union under liquidation in August 2019, then receivership on September 2019, and Deloitte Consulting Ltd appointed as receiver managers.

According to a new report on the audit of the old KPCU, the loans owed to the union might never be repaid and as time goes, it runs the risk of being declared bad debt and written off.

The report which was done by liquidators, completed on 31st July 2020, a total of 1,811 growers owed KPCU Sh4.52 billion in principal and interest calculated up to December 2012.

KPCU was placed under receivership on October 19, 2009 over a Kenya Commercial Bank (KCB) loan of over Sh643 million and Deloitte Consulting Ltd was appointed as receiver managers.

A detailed schedule of all the debts identifies two companies as the largest debtors.

The companies, Kirime Kimwe Estate Ltd and Nando Ltd, are affiliated to one of Kenya’s largest private coffee processors.

Their produce traded with KPCU under the growers’ mark, Hatwara.

Without factoring in interest, which was calculated up to 2012, the two owed Sh593 million and Sh498 million, respectively. The liquidators noted that there were pending court disputes on these debts.

However, responding to a parliamentary question by Manyatta MP John Muchiri last year, the Agriculture ministry said Mungai had at some point handed over the farm to KPCU to clear the debt.

“The land was sub-divided into 17 parcels, 15 of which were transferred to Fikah Acres Ltd for a total of Sh100 million,” said a statement by the Agriculture Cabinet Secretary, adding that minutes of the general meeting authorising the sale were not seen.

“The proceeds were never deposited into the bank account of KPCU but reportedly used to settle part of a debt that KPCU had been compelled to borrow from an unnamed (lender).”

Under the KPCU debtors schedule compiled by the liquidators, it is reported that the negotiations on this debt had collapsed in 2012 and a dispute is pending in court.

Listed as the fourth-largest debtor is Ngimu Farm Ltd, owned by the family of the late Gitere Kahura, with Sh171 million, rising to Sh307 million after factoring in the interest.

Esther Wairimu Karori was listed as the next highest debtor through Karori Coffee Estate at Sh132 million, rising to Sh208 million with interest.

Others listed as owing less than Sh100 million included former Tigania MP and one-time GEMA treasurer Jacob Mwongo who died last year. His debt was Sh39 million, totaling to Sh62 million with interest that was owed through his Thanatu Coffee Estate.

Muiri Coffee Estate Ltd, which has for decades been at the centre of a civil suit between President Kenyatta’s cousins – former MP Ngengi Muigai and his brother Kung’u Muigai – against KCB was listed as owing Sh6,969,109.20 in principal and Sh3,993,775.98 in interest.

“The farm was being auctioned by KCB Bank to recover another debt and KPCU Ltd was to join in the suit,” said the liquidators.

Asaal Ltd, a farm in Ruiru owned by former Vice President Joseph Karanja, owed Sh2.4 million with interest. The liquidator reported that on March 25, 2011, the debtor paid Sh81,420 of this amount.

The liquidators also said KPCU was owed over Sh357 million by 161 debtors who were previously trading with the union.

The liquidators said staff owed Sh49.1 million, but the amount was reflected in the books of accounts though no schedule in support of the said amount was traced.

They also reported that directors owed the union Sh3.5 million as reflected in the books of accounts, but again, a schedule in support of this amount was not traced.

Another farmer, Magdalene Wanjiru Miru, owed Sh94 million through her Mwiigi Coffee Estate, that rose to Sh168 million with interest.

New KPCU Chairman Henry Kinyua and director Thuranira Atheru separately said last week the liquidators report was yet to reach them from the commissioner’s office.

“We are eagerly waiting for those reports so that we can embark on safeguarding farmers’ assets and returning New KPCU to where the predecessor was in the 1970s and 1980s,” Atheru said.