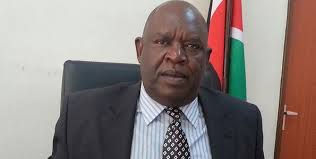 Nyamira county assembly has recommended the sacking of four members of the executive with two chief officers after a sectoral committee report implicated them over embezzlement of projects money and incompetence.
Former executive member for gender, youth, sports and social services Peter Omwanza, his former water, sanitation and environment counterpart Andrew Ombati, Kefa Osoro (roads and transport) and John Omanwa (finance and planning) with chief officers Ernest Morara and Frida Nyaboga were mentioned adversely for axing from their various offices as well as to be held responsible for the lost finances.
The committee report which was presented by assembly chief whip Peter Maroro also made a recommendation that all monies lost in the watch of the officials be recovered from them immediately.
The most affected department was that of roads which saw close to Sh100 million lost either through ghost works, shoddy jobs or tasks improperly paid for.
“Some roads were mentioned which never existed and already paid for from the public coffers totalling Sh50,000,” read part of the report.
It was revealed that the department was biased in awarding tenders and some companies that never merited were given many tenders which they could not perform to required standards.
The sector was also highlighted as amongst some which never complied with the constitutional 30pc allocation of tenders to special interest groups like the youth, women and people with disabilities.
Also on the spot were officers involved in certifying of various projects in the county who were accused of being compromised to endorse payment to contractors who never deserved.
The department of water also recorded massive losses as a result of similar dealings which have reportedly left members of the public without intended amenities like wells and safe water for drinking.
The department of water headed by Ombati for about two years since inception of Governor John Nyagarama’s leadership was widely accused of embezzling more than Sh20 million through projects which have never been completed.
Most serious was the revelation that the CEC had allocated about Sh7 million for a water project at Machururiati which was already being funded by a donor and which never reflected value for the colossal amounts allocated.
While debating on the report, MCAs wondered how the departments could have 100per cent expenditure on recurrent when development was very low.
Majority leader Laban Masira said the report should be implemented to the letter with all the officers indicated in it being held for responsibility.
“We won’t take these bad deeds sitting down. Everyone should be held responsible from the CECs to all those officers who also contributed in the malpractices,” said Masira.