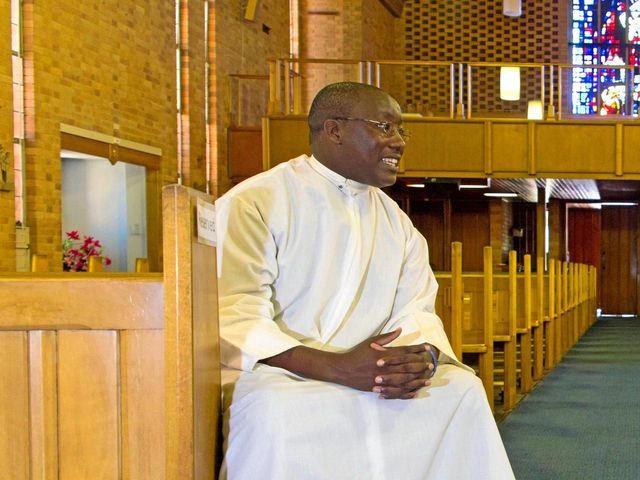 CAPTION: Alexander Munyao, the Catholic Priest charged over corruption in Australia. His passport has been witheld as the trial continues.

From the moment churches were bought out by Uhuru and Jubilee, that’s when reality dawned on Kenyans that the thieves reside in The Church.

The church of Kenya has become a safe haven for corrupt Government officials who are given a platform by priests and religious leaders, to address the congregation, and ask for votes.

The Anglican and Catholic church of Kenya are the most notorious pivots of corruption in Kenya. Their religious leaders have become prostitutes, using their congregation to extort corrupt Government officials.

Every Sunday, Church committee’s and parish councils conjure fictitious projects in a bid to steal from faithful attending their Sunday Services. They do so with the “ordainment” of their resident clergy.

Churches these day build lodgings and flats, instead of investing in social projects like research facilities, think-tanks, hospitals, and other human-oriented institutions which will better mankind. The Muslim community for instance, have donated Jaffrey’s, a playground in Nairobi for people to excercise and keep fit. If this piece of land was owned by Christians, it would be a lodging by now. That’s how dumb the old men of the cloth have become.

Pastors stopped commenting on national issues, and have turned a blind eye on gross injustices and human rights abuses. NCCK led by Canon Peter Karanja has become a brothel, where the highest bidder is accepted. They have remained silent even as nurses remain on strike for the 4th month in a row.

Canon Karanja has now rubberstamped a fraudulent election on 26th after being bribed by Jubilee. He’s a shameless old man, who will be in hell as the rest of us ascend to heaven, due to hypocrisy.

We advise Kenyans to immediately stop attending churches and stop tithing because their money is being embezzled by these “devil’s” masquerading as the men of the cloth. Their silence in the face of corruption is a product of demonic intervention, and NCCK no longer serves the living God, but the god of money. 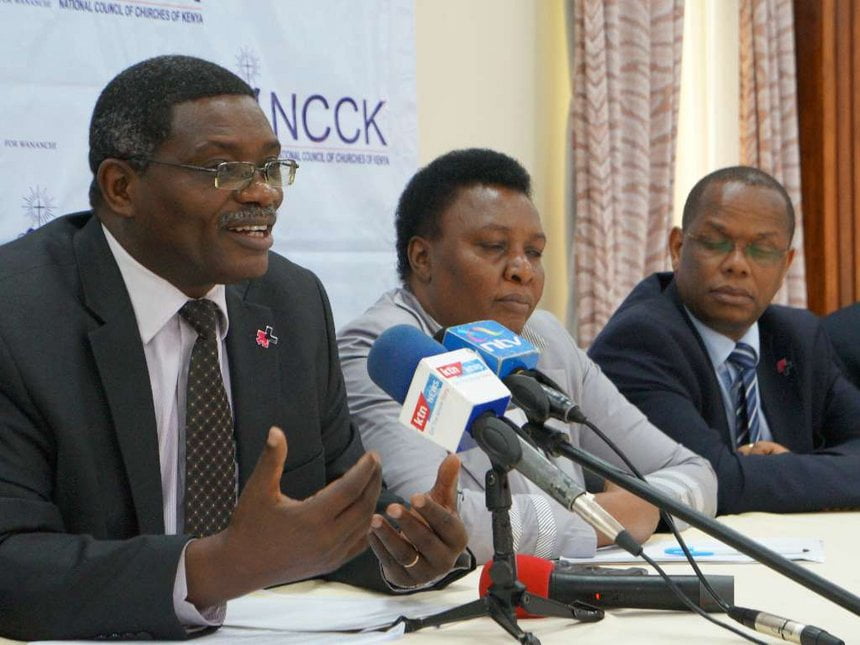 CAPTION: NCCK under Canon Peter Karanja (far left) has become a brothel, where they extort corrupt Government officials like Uhuru and Ruto, so as to drive their agenda.

An assistant Catholic priest who was ordained by the former Bishop of Lismore, New South Wales Australia last year in his home country of Kenya has been charged with stealing property.

Father Alexander Munyao was charged over allegations of charity theft by police last Tuesday, September 19. He faces one count of stealing property as a clerk/servant of an amount less than $2000.

Munyao was granted bail by police and is due to appear in Ballina Local Court on November 16. His bail conditions require him to surrender his passport and notify police of any change of address.

He has currently been stood aside from duties in the Ballina parish until the matter is resolved.

Munyao is a fraction of the rot in Kenyan religion, and foreign church donors and partners should stop affiliation with Kenyan Christian churches because they stopped serving God a long time ago.