While reacting to how besieged televangelist and self proclaimed doctor, Mr David Kariuki Ngare popularly known as Gakuyo made away with more than a billion shillings from over 78,000 unsuspecting members of the Ekeza Sacco, David Ndii said that he had restated his case and confirmed that religion is for suckers and scoundrels who deserve each other.

Ndii went on to remind Kenyans that victims of Mr Gakuyo’s con games are the same people who voted thrice for persons facing crimes against humanity.

According to him, religiosity and tribalism are two sides of a coin — the morality deficit in society which is the wellspring of corruption.

Ndii added that the same torch being shone on tribalism and corruption should also be shone on religiosity.

I restate my case. Religion is for suckers and scoundrels, and they deserve each other.
How Gakuyo used bible to siphon Sh. 1 billionhttps://t.co/x4GY0InYmt

Gakuyo victims are same people hand wringing after voting for ICC indictees 3X. Religiosity, tribalism are sides of a coin: the morality deficit in society which is the wellspring of corruption. Torch we shine on tribalism & corruption must also shine on religiosity#MulikaDini https://t.co/jGLXQ2w4k2

This is what Kenyans had to say following the economist’s remarks. 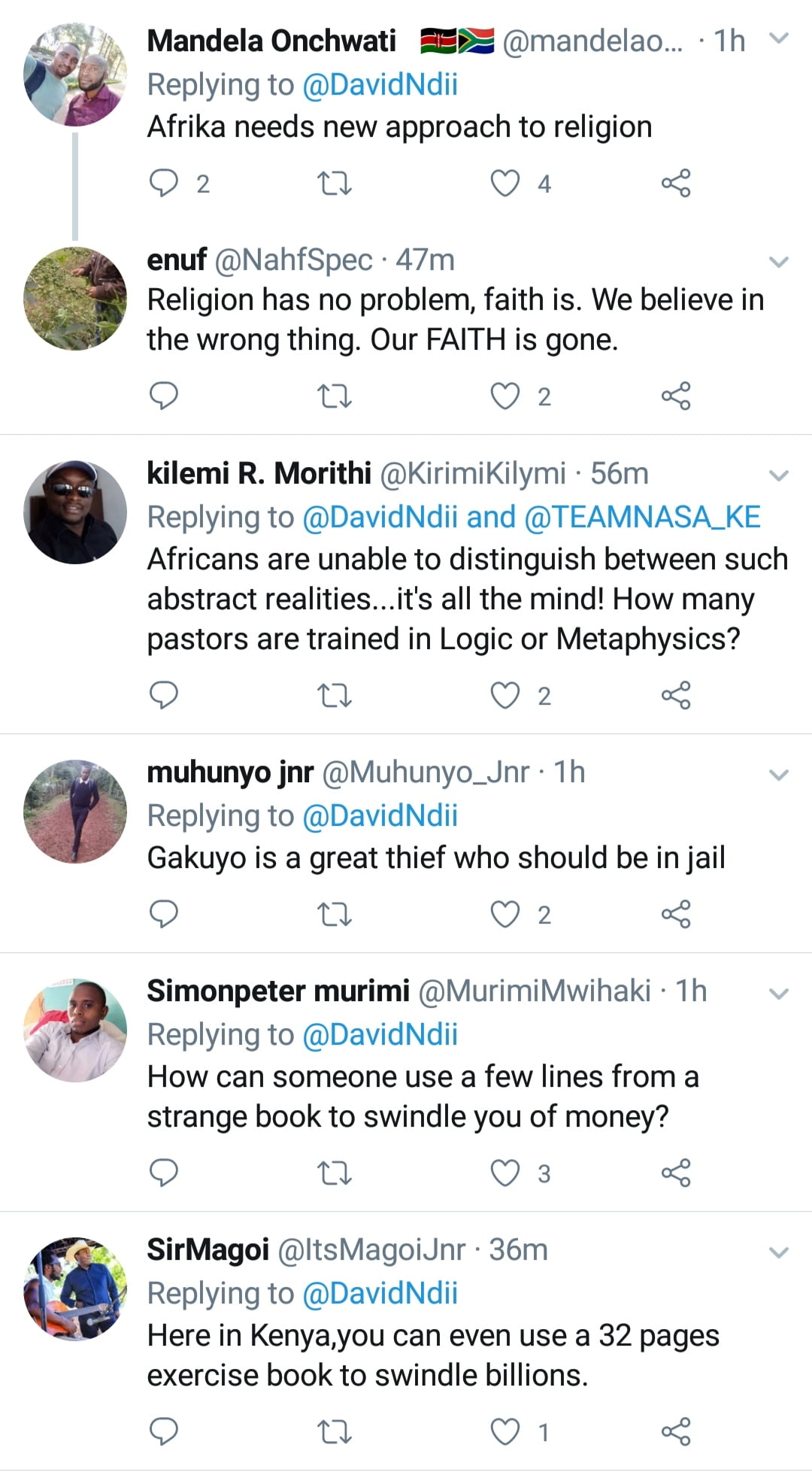 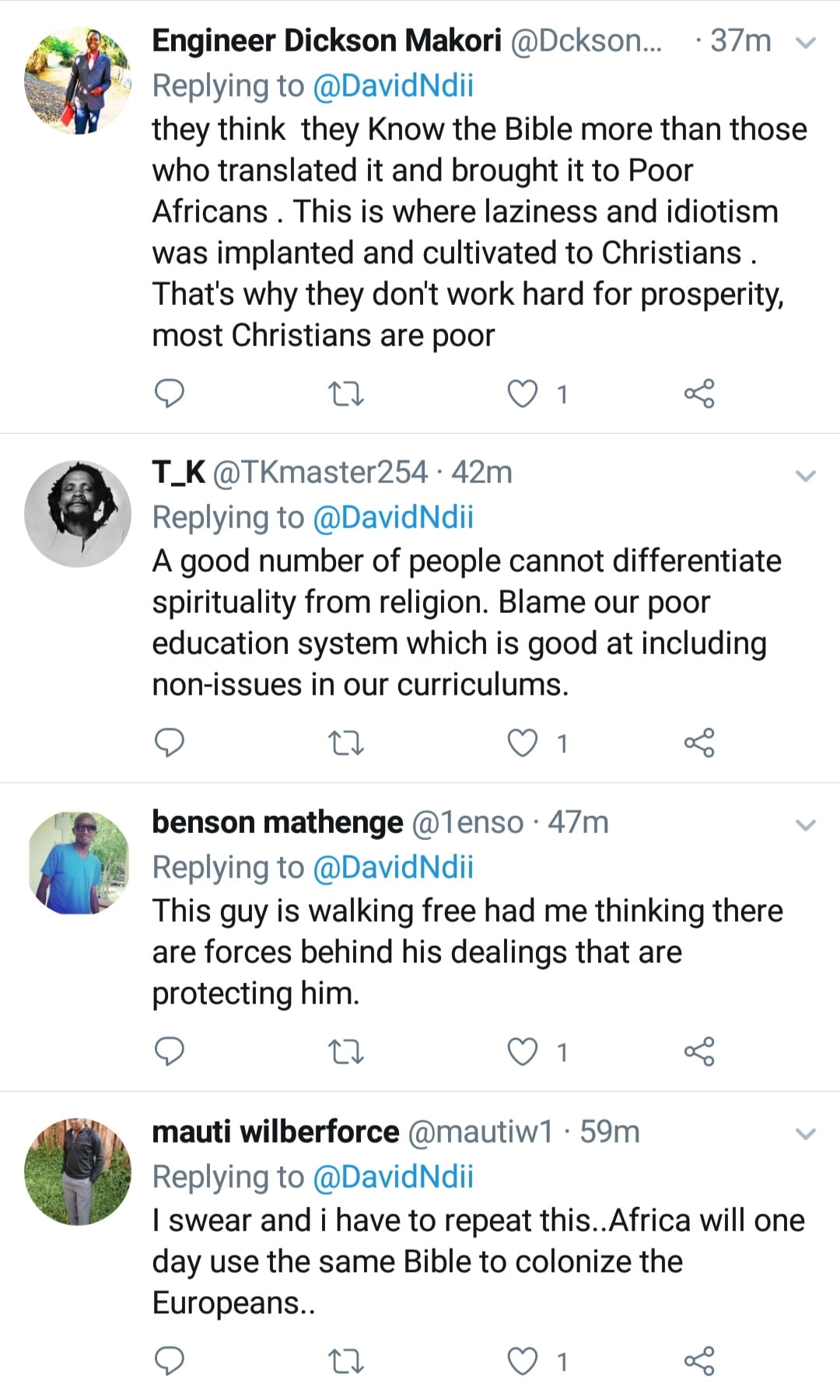 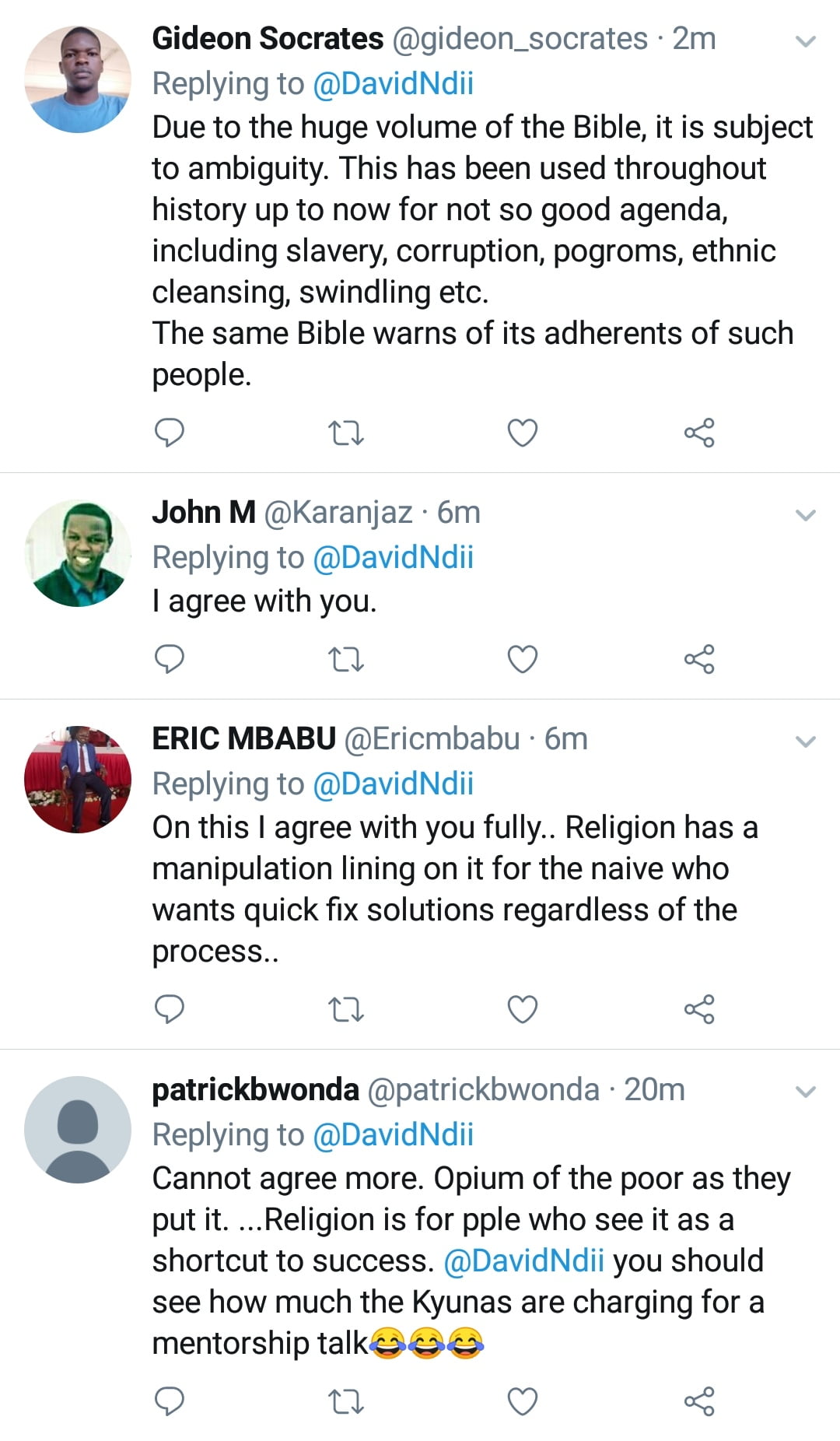 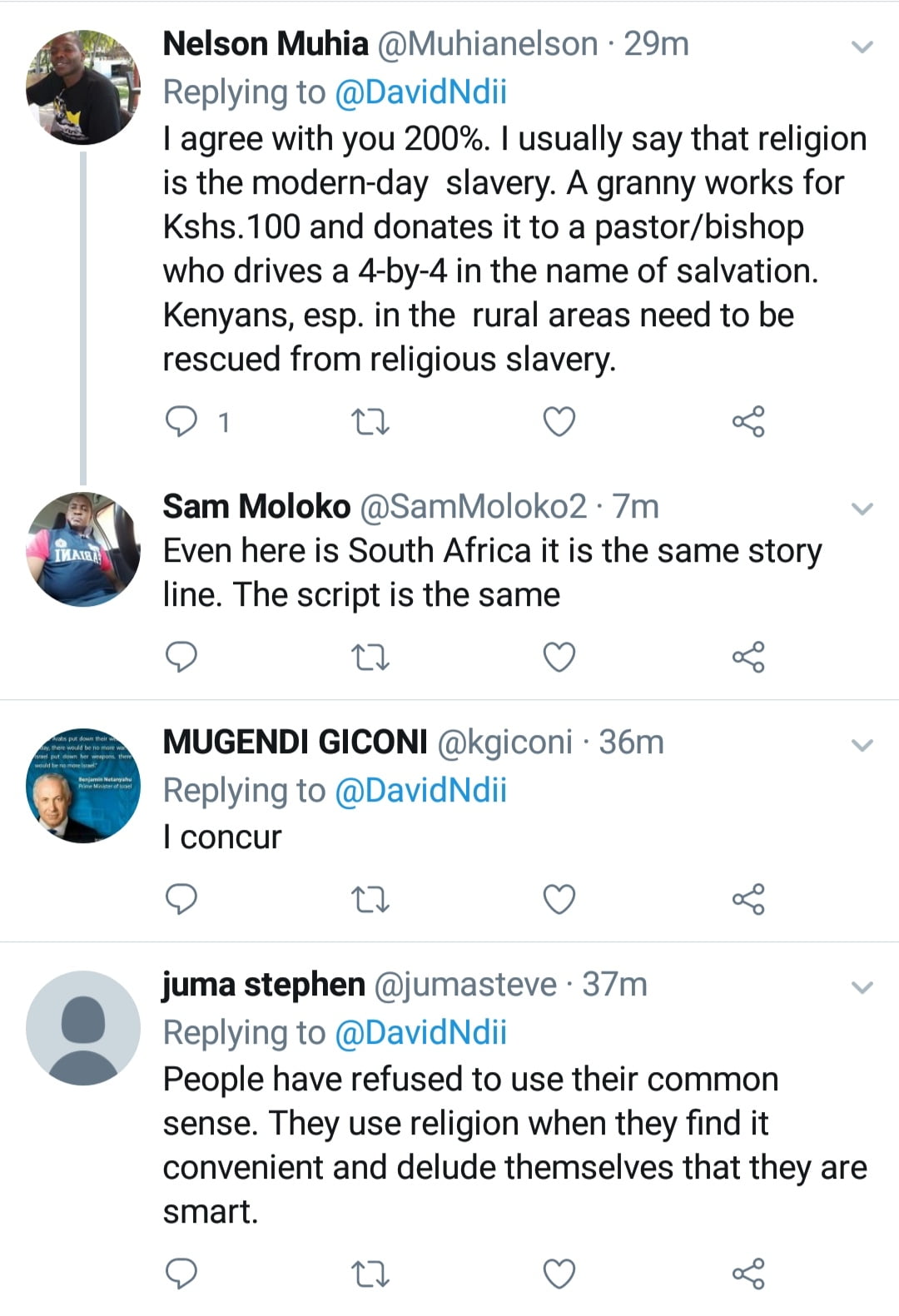 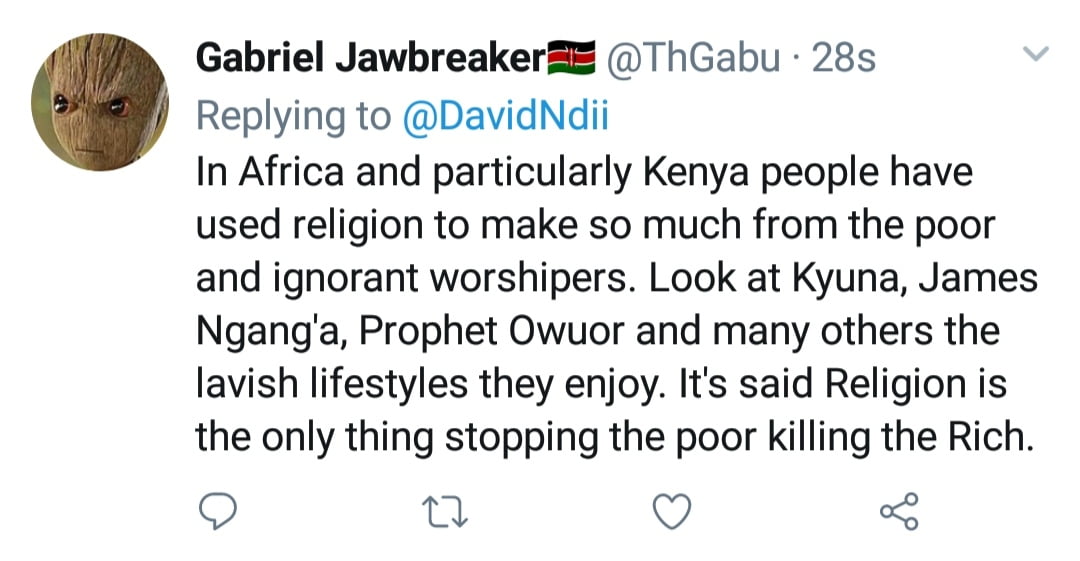 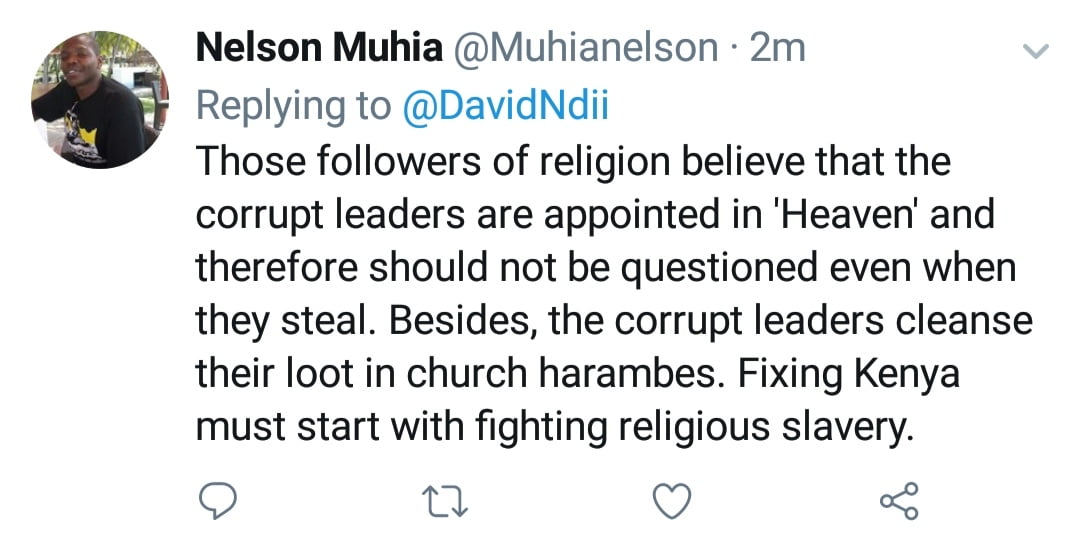 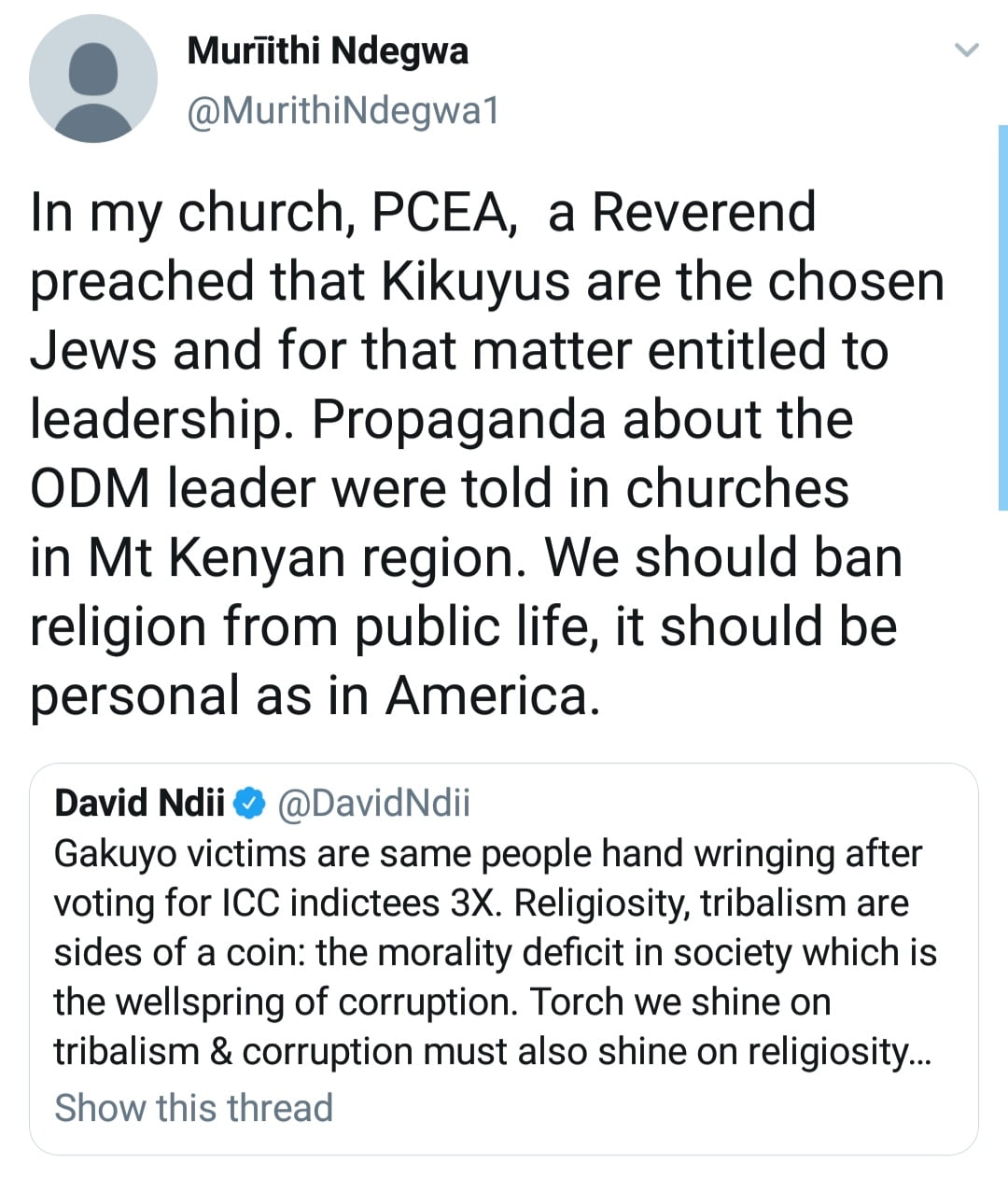