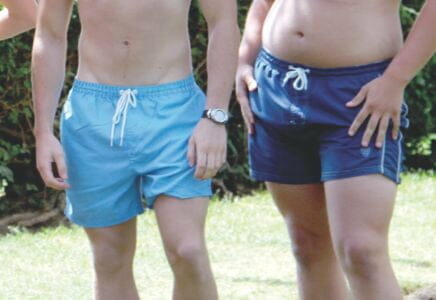 Residents of Diani tourist town in Kwale county are up in arms against gay sex orgies by local youth. Led by Ali Mwapishi, manager of the Sands, Nomads and Chale Hotels in South Coast, they claimed a tourist is recruiting local youth to perform the “unnatural act” and shoot pornographic movies.
Speaking at Maasai Bus Park in Ukunda Mwapishi urged police to arrest the culprit who has been hiring the town’s youth with cash in the last two weeks, tarnishing the area’s name. “This area already has the bad image of youth being drug addicts and now they have moved to gayism,” he said.
Mwapishi said the tourist has taken advantage of the youth aged between 14 and 25, luring them with money and other goodies to engage in gay sex. “From these obscene photographs that we are having here, all these characters taking part are just people we know because they are from here,” he said.
Mwapishi said they got the photos from one of the youth who runs a cyber cafe in Diani. “One of them took a memory card to a local a cyber cafe to burn a CD for them, he was shocked to see the characters are people he knows,” he said.
Musa Awardh, a resident from Ukunda claimed the man who exposed the contents of the footage had started receiving death threats and had to escape. “He received death threats after he exposed the obscene photos. He had to leave this town for security purposes,” said Awadh.
However, Kwale County Commissioner Evans Achoki condemned the unnatural sexual behaviour, saying they are investigating the matter and will soon bring the suspects to book.
“If you fear God whether a Christian or a Muslim you can never do such a thing,” Achoki said. He also added that they will also arrest any tourist propagating such action within the area and make sure they are arraigned in courts.