The land hungry Tycoon Madatali Chatur has lost his bid to stop Nairobi County government from repossessing a parcel of land in Gigiri, which was set aside for future construction of a fire station.

Justice Samson Okong’o dismissed Chatur’s case because he was not satisfied that the controversial businessman had a case against the county government of Nairobi and Governor Mike Sonko.

The judge further reasoned that Chatur should have sued the Governor Sonko over trespass and damages because was captured on TV instructing  county workers to repossess the property.

“In the circumstances, it is my finding that there is no decision oral or otherwise made by the respondents that can be subjected to judicial review. What has been demonstrated by the applicant is an act of trespass that should have been litigated in a civil suit filed for that purpose,” Judge Okong’o said.

The parcel of land that Chatur is scheming to grab from the people of Nairobi was mentioned in the Ndung’u Land Report among other pieces of public land irregularly allocated to private entities and phony businessmen.

The report recommended the revocation of the title deed.

Judge Okong’o said that Chatur was aware that there was a dispute over the ownership of the land and should have therefore, challenged the county government’s move to repossess the land.

The controversial tycoon moved to court in 2018 to block Sonko’s government from repossessing the land, arguing that the land belongs to him.

He told the court that he is the registered owner of the land through his company Scorpion Properties Ltd, after he bought it in 1989.

Chatur further claimed that when he acquired the land, the defunct city council had left it idling with some three kiosks and the rest of the empty space turned into a car bazaar and parking space for fire trucks.

The businessman added that the properties standing on the land are under threat of being demolished and tenants forcibly evicted.

To keep his cat and mouse game going, the tycoon told the court that the planned demolitions will cause him irreparable losses when he had charged the property for a bank loan of Sh278 million.

The disputed land was set aside for Gigiri fire station and investigations have shown several irregularities from the time it was allocated up to the time Mr Chatur irregularly bought it.

The car bazaar shenanigans the phony tycoon raised was an authorized business. Bomas Motor Mart carried out a car bazaar business on a renewable period of one year under strict rule not to put up permanent structures. 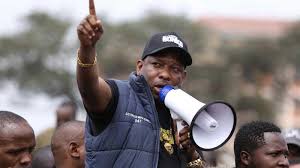 But Madatali Chatur is a billionaire who now lives in court to defend his illegally acquired property after they looted during the Kanu era.

In June the High Court dismissed his application to stop police from investigating him over human trafficking after he failed to convince Justice Weldon Korir that the investigations were breaching his rights.

“The impression I get is that the petitioner wants this court to protect his purported “clean record”. The court has no such powers. So long as the respondents (police) are acting within the confines of the law, they should be allowed to proceed,” Justice Korir said.

In a 2011 matrimonial case, Nazlin Umar sought  over Sh200 million from the tycoon who owns New Muthaiga Shopping Mall, ABC Place, and Diamond Plaza in Nairobi.

The former presidential aspirant told the court that Chatur had promised to pay Sh200 million as dowry and a Mercedes Benz.

Nazlin also accused Chatur of abandoning his responsibilities of upkeep as she laid claims to several properties owned by tycoon the New Muthaiga Shopping Mall.

Chatur denied the claims and accused Nazlin of being an extortionist who was out to scandalize him.

He was summoned to court in 2014 and that was the last time Kenyans heard of the case that fizzled out.