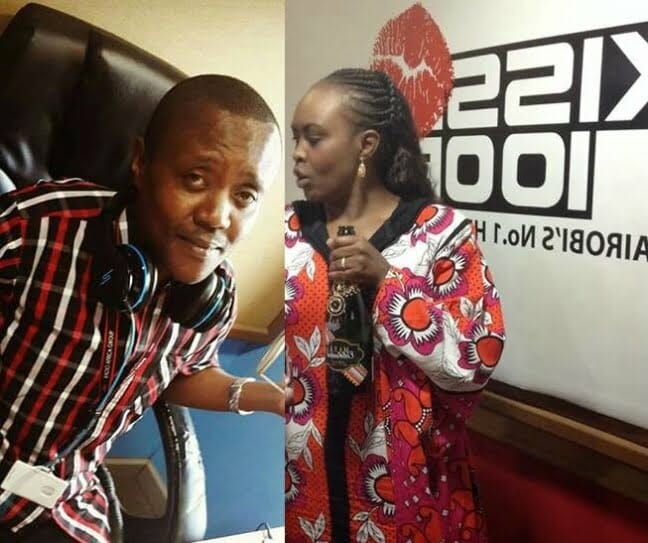 We are just emerging from a period where unregulated mainstream media has destroyed the very fabric of society. As that happened, the Director General of Communications Authority of Kenya (CAK) was just collecting bribes and allowing the media impunity to thrive.

Family values and morals were discarded. Now we have an era of women going way past their 20’s and 30’s and still remaining single, waiting for a knight in shining armour and whisk them away to wonderland. Too the detriment of society, the women later get birth complications as it’s not funny trying to give birth at the age of 35 and above.

Our resident sociologist sent us this post, advising women to think beyond the warped feminism-messaging. And it starts now.

There is no difference between love and war, and only a fool rushes into war. I want to speak to the women as well as the men. Those who have gone drunk and sober and drunk again with Hollywood romance flicks and Mexican soap operas. Pop culture has hijacked love, beaten it, rapped it, given it a bad name and then released it. It is no longer pretty and desirable.

It, the same popular culture, has taken sex, glorified it, put it on a throne with a golden crowd on its head and twerked for it, in its honour. People who end up falling in love fast and furiously, as cinemas and magazines advice, do not last that long in it. By the time you are 30, you have had a long list of EXs who you no longer speak to. These individuals would have been, could have been, should have been talented business partners or worthy friends but they are lost lovers forever cast into oblivion.

Let us look at how our forefathers did it.

They dated for quite a while, without indulging in sex. They knew each other well, establishing a strong foundation of friendship, and then some ran away and got married. I am not in support of the run-away faction but the action proved their commitment to one another. Once that love got extinguished, and it always does, they were left with a stable mutual friendship and deep loyalty to lurch onto. They created a wholesome family with adequate values.

In a booty shaking, half naked posting, social media world, this is only a subject of a fictional novel with very poor ratings. It is point blank boring. Everybody wants to have sex with as many people as possible. I want to have sex with as many people as possible. The thought of accomplishing that is great! Yet no one will put you, we, us who have achieved this, in any Guinness book of world records and we won’t stand by a podium to receive a Nobel Prize for anything. In fact, Hitler has done a better job painting history with the blood of the Jews than you have done smearing sheets with shit.

Let’s get back to the love thing, I was getting carried away there. You see, there is no this special someone who would magically appear just when you decide that the aisle is yours to walk. Waiting for that, is like saving spicy meat balls for a last take in a grand buffet. First the meat balls will be cold, secondly, you will almost certainly be full and they won’t taste as great. Thirdly, forget the first and second, they wouldn’t be any meat balls left. Go for the meat balls the moment you see them, eye ball them, munch them, make your mouth and tummy happy. Everybody you meet and like instantaneously is bound to be special to you. There is no extra DNA line of code that your future lovers have that your past lovers lacked. There is no magic in their eyes and they don’t certainly fly. They are all the same except some are prettier or taller, but how does that matter, it shouldn’t, the façade of beauty fades away anyway, eventually.

If you don’t believe me, take a look at your grandma, if she is attractive, if you can imagine her naked, you are either a chronic perv or your family line is not from this planet, I doubt the latter. My grandma is beautiful because of the wisdom and respect she has compounded all her years. If today her face is featured in horror movie, kids would have nightmares. If she attempts to twerk, we would all run away and call the pastor. Yet she, just like every other girl in her twenties, was fair skinned with a long list of suitors. She chose one among the first bunch of refined, decent young men, and has never looked back.

Men, not so fast, society gives you a free pass for everything. When the mall is opened, men don’t usually rush in for love, they rush in for sex. We wear the big number of hot women we have munched on our shirts like a badge of honour. It has something to do with the genes or the equinox, I don’t know. Fact still remains that we are hurting these young girls and making it harder for us to get good decent wives. We should learn the art of restrain. Not that men are incapable of love, no, we are, just don’t give us your body and your heart at the same time. Hold that piece of real estate until it is the proper season when the stock markets have peaked and mortgage rates high then sale, sale, sale! I don’t mean this literary of course.

Now listen to me very carefully. Most of us would marry their friends not because it was the most desirable thing in their mind but because they learnt to love. How hard could it be, therefore, to learn to be friends first with someone you are emotionally and physically attracted to? If you have determined that they are special, what is the use of rushing in?

Why not go for the dates, the many dates, the hikes, the movies and such likes. Why not create a mutually cherished experience and respect for one another instead of constantly burning out love in premature sexcapades so that you can rush to look for another and another one and another one, kwani are you DJ Khaled of love???