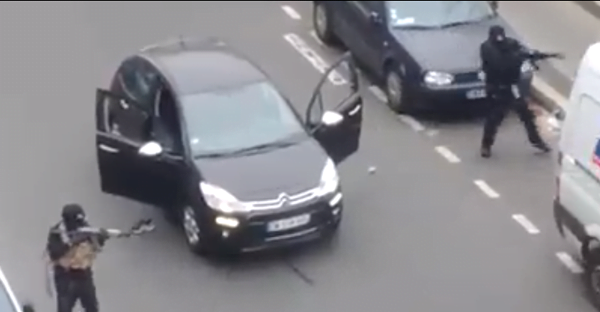 It seems that once you are an ” enemy”  of Jubilee Government, they will accuse you of funding terrorism with the aim of annihilating Kenyans. Signs of a moribund government, always ready to blame and not take responsibility. Anybody can be an enemy of the Jubilee government . If you criticize them, take them to court to oppose bad policies ..etc

Claims that the Hague based court is funding terrorists did not surprise me. When Kenyans were being slaughtered  all over the country, the Jubilee government blamed the opposition. We challenged them to arrest even one opposition leader but since they were daydreaming…They never did.

No country tolerates terrorists or people who fund terror activities. If any opposition leader was responsible, He would not be a free man. This was a joke taken too far. It was politicizing security.

ICC has been accused of funding terrorism in Kenya . These are allegations made by the Kenyan government. The allegations were made during the AU summit in Ethiopia with numerous Tweets from the PSCU Twitter account bashing the court.

In a nutshell, you will be accused of funding terrorism once you are an enemy of the Jubilee government. I must admit that terrorism is a major challenge all over the world and many world leaders are now realising that something must be done.

I have given my views on Radical Islamic threat elsewhere in this Blog and it is time for Kenyans to read and make up their mind.

There is a terrorism threat but we dont want to confront the problem. Neither ICC nor the Opposition is funding terrorism in this country. Lets face the Radical Islamic threat today or whine tomorrow