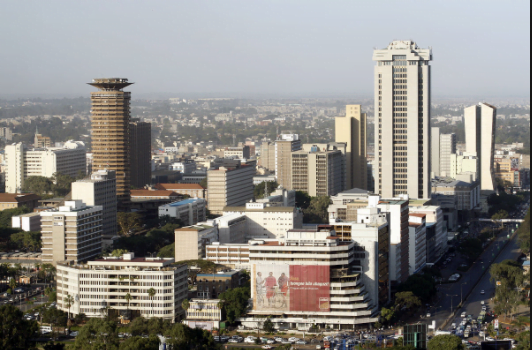 A close friend of mine graduated from the University of Nairobi in 2016 with a Bachelor’s Degree in Education. He got lucky because TSC hired him less than a year later. When I visited him early this year he’d already bought a car. How? He took a loan of close to 800K and bought a car. Did he need the car? I can’t tell. When you live in a house within the school in which you teach and you have no engagements that require you to own a car for purposes of convenience, why the heck would you take a loan to buy a car if you’ve not even cleared what owe the Higher Education Loans Board yet?

I call it middle-class lie. What is our conceptualization of the middle-class? A fancy Toyota Premio or Mark-X, a two-bedroomed apartment in Nyayo Estate Kasarani, a salary of between 60-100K monthly, kids studying in Makini School or decent Public Schools like Hospital Hill, Westlands, and Visa Oshwal, and the occasional Easter or Christmas Holiday trip to Mombasa. This is the typical Kenyan middle-class. We are attracted to it. We want to have it. And we’re ready to do anything to get there –including taking large amounts of private debt.

The middle-class is in huge debt. When you walk past those gated communities, the prevailing conversation on the dinner tables is how loans can be repaid. This is the situation: limited savings, relatively low-incomes, and high amounts of debts.

The result? More than half of household incomes are spent on repaying loans. We live in a country where the wealthy –which forms less than 10 percent of our population-, pays for goods by cash while those who are well-off make purchases using loans. Have you heard the say? I am well-off. I want to marry a well-off man. So and so’s family is well-off. The next time you hear of well-off, the fellow is struggling to pay loans.

The Kenyan middle-class is so vulnerable that any shock such as sudden employment termination or health emergency takes them back to poverty. They are one pay-check away from poverty. One pay-check away from the bank reclaiming the car. A major sickness in the family and they’ll relocate from Kileleshwa and back to Embakasi. The Kenyan middle-class is non-existent. It is a lie.

We need to tell our children that it is okay to work for five to ten years before buying a car. That there is nothing wrong with staying in Donholm for twenty years. That it is okay if your children study in public schools. This pressure to get into the middle-class is unsustainable. Debt-fuelled growth hurts our economy.

There is nothing fanciful in accumulating debt. I am not an expert in economics but I am a student of history. What we are witnessing in Kenya is a bubble –the explosion in retail, malls springing everywhere, the boom in the housing market, the “growth” in the “middle-class,” the emergence and popularity of investment funds such as Cytonn which place huge bets in the housing markets.

And with a boom, there is always a bust. When that crash comes, the so-called “middle-class” will be affected the most. Take a look at the Great Depression of 1929, the Global Financial Crisis of 2007-2008, and the Japan Crisis of 1991, you will realise one commonality –they were characterised by both high household debt and a rapid growth in the’ “middle-class.”

We are a country addicted to debt –and trouble is coming.