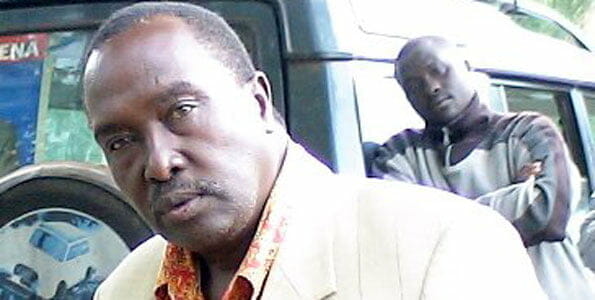 Caption. Rongai MP Raymond Moi ranked as the most useless MPig in Kenya. But what did Rongai residents expect when electing a son of a man who screwed Kenya for 24 years, and introduced the mediocre 8-4-4 system?

Hallo Nyakundi, I have a concern with my constituency, Rongai constituency in Nakuru County.

Cyprian we are perennial victims of corruption, mismanagement and incompetence. Please help us, we’re on our knees.

We have a Constituency Development Fund (CDF) committee, members who are old and illiterate. Their contract expired last month. Apparently their positions weren’t  advertised as per the ACT yet other constituencies complied with the guidelines of advertising for new CDF members.

Apparently a guy named Kepha went ahead and forwarded the names of the previous committee members to Member of Parliament (MPig) for endorsement.

Kepha then went ahead and lied to the MPig (or so we would like to believe because many the MPig knew what was happening all along) that interviews had been carried out.

So when he realised that people were aware of what he (Kepha) did, they advertised yesterday and deadline Is tomorrowfunny enough they backdated it.

These are the same people who have embezzling CDF monies who totally don’t want to work with educated people largely comprising of the youth.

This is the same constituency that the MPig doesn’t attend parliamentary sittings, and neither does he contribute to debates or motions.

We’ve been calling him and he doesn’t pick calls Nyakundi. Please air our grievances on your website. The only option for us is to air it kwa media.

Help us please. I have attached the advert as it appeared in yesterday’s newspaper, and may God bless you. 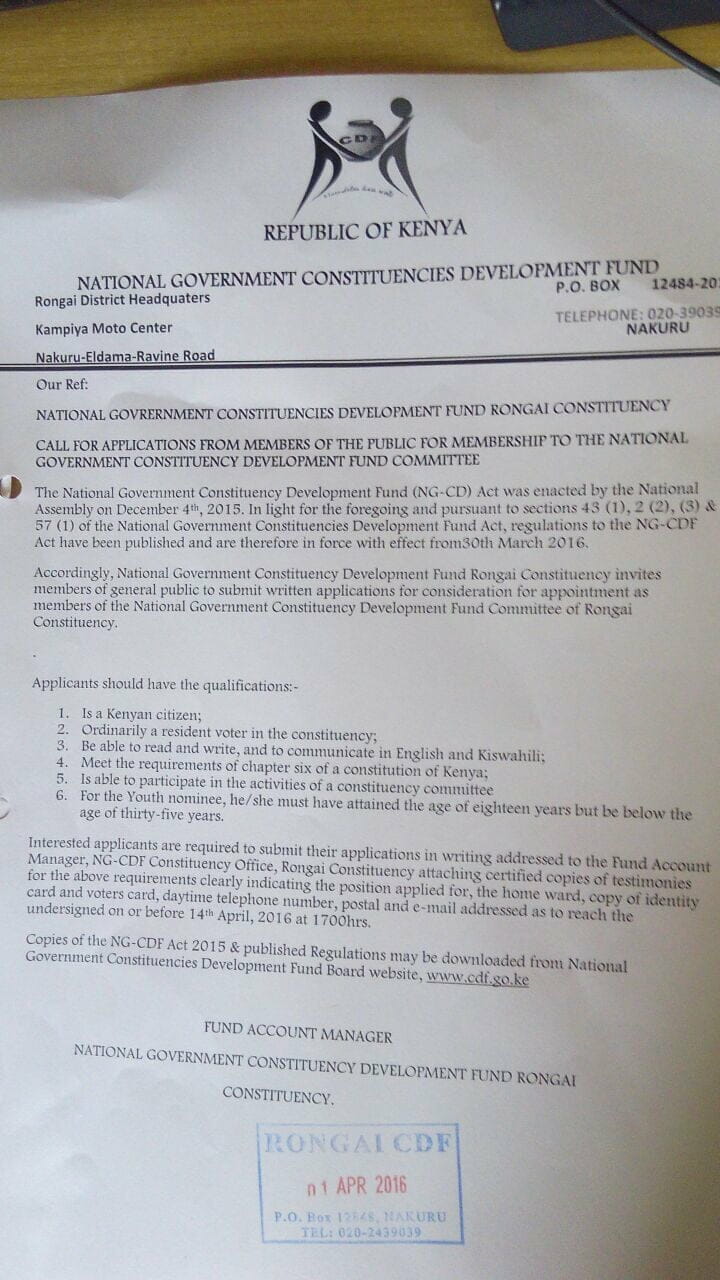 Caption: Newspaper advert that was back-dated by Raymond Moi’s sycophants, to subvert the will of Rongai people.

Young people we are being overlooked by these old thieves don’t advertise for jobs because they want to reward sycophancy just like the Uhuru Kenyatta Government that doesn’t appoint people on merit but on which schools one attended.

When we try and engage the MPig’s sycophants they respond like “Kenya ni yetu hakuna kitu mtafanya…” (Kenya is ours and there’s nowhere you can take us).

HELP BEFORE ITS LATE,THE NAMES ARE ALREADY IN NAIROBI WAITING FOR BOARD APPROVAL.

Thanks for your email. The first mistake you did was to elect a son of retired President Moi. What did you expect? These children of rich backgrounds don’t care about ordinary mwananchi. They look at you with contempt.

You need to revolt in your constituency. Pelt his vehicle with stones the next time you see him. Why are you allowing this rich bastard to vomit on your shoes?

He is ranked as the most useless MP in the August House. Don’t spare him your wrath. Don’t tolerate arrogance.