The ‘Pray For Ye’ topic was trending late in the evening as fans and onlookers piled on with shock and concern for Forbes listed Billionaire Kanye West‘s health.

Kanye West’s threatened to walk away from his fashion company’s fledgeling partnership with the Gap. Gap’s stock fell nearly 6% on Monday following West’s comments he made at a public event on Sunday.

Videos taken at the event show the rapper criticizing Gap and Adidas, another apparel company his Yeezy brand partnered with. West noted he was not on either company’s board. “That has to change today or I walk away,” he said.

By the of publishing this article, Adidas had declined to comment and Gap didn’t immediately respond to CNN Business’ request for comment. 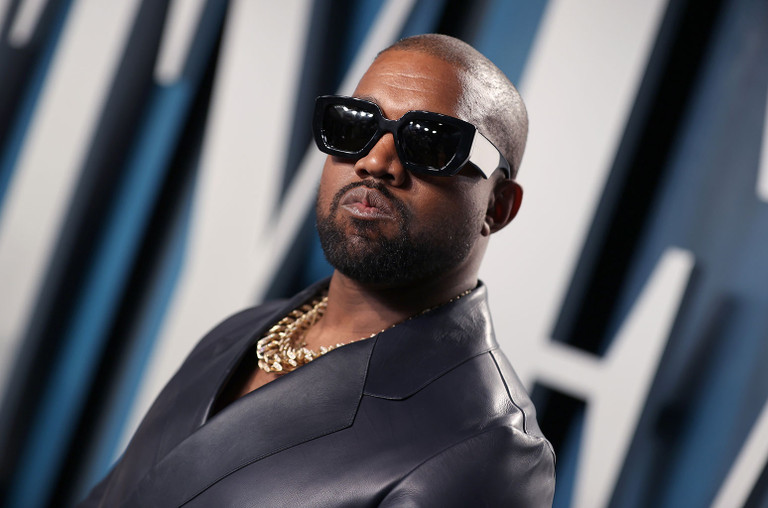 A day after his unusual debut political rally in South Carolina in which he appeared wearing a military-style jacket with “2020” shaved into the back of his head, indulged in an hour-long train-of-thought session and at one stage, broke down in tears, Kanye is turning his attention to social media.

After grabbing headlines over the weekend for his presidential campaign rally and controversial comments about Harriet Tubman, Kanye West is now holding nothing back on Twitter in a series of candid tweets that indicate his family attempted to “lock me up with a doctor.”

n another, Ye referenced the Oscar-winning thriller Get Out when he claimed his wife Kim Kardashian had a doctor ready and en route to Wyoming to “lock me up.”

“I put my life on my God that Norths mom would never photograph her doing playboy and that’s on God I’m at the ranch … come and get me. Kim was trying to fly to Wyoming with a doctor to lock me up like on the movie Get Out because I cried about saving my daughters life yesterday” West tweeted.

There are no positive connections to find between being locked up and Jordan Peele’s Get Out, a film in which (spoiler alert) some quietly creepy mental health practitioners use dark methods on their guests.

From out leftfield, Kanye tweeted “NBC locked up Bill Cosby”. As a result, the disgraced comedian’s name began trending on Twitter.

On Monday night (July 20), Kanye began sending out tweets at a rapid pace, naming his wife Kim Kardashian, mother-in-law Kris Jenner, rival Drake, actor Shia LaBeouf and Vogue Editor-in-Chief Anna Wintour. He even made a major claim about the 2017 Jordan Peele-directed film Get Out.

Late Monday, West appeared to be having a very public meltdown on Twitter. It appeared to kick off with a single post, without comment, of Michael Jackson’s music video to “Black or White.”

Al the tweets were later taken down but a concerned tweep screen recorded the tweets and here is the video of all the now pulled down tweets.

I screen recorded snapshots from a page on here before everything was taken down @kanyewest is losing his fucking mind . @JordanPeele he says get out is about him Kanye, wtf is going on ???? pic.twitter.com/WpzlCr9kGv

Kanye’s troubling Twitter frenzy comes on the heels of multiple published reports which stated that West didn’t file the requisite paperwork to have his name appear on South Carolina’s presidential ballot.

If you're a voter in South Carolina, please sign this petition to place me on the ballot Sponsored by Ye 2020 https://t.co/ZURvTEW9ee pic.twitter.com/Z9tdq0eG9c

This comes a day after his first campaign event in North Charleston, South Carolina. He has now said he is going to focus on music.

Ima focus on the music now

The rap star is set to release his album on Friday this week. The 12 songs album is a tribute to his late mother.

After Kanye West‘s mother died of heart problems caused by cosmetic surgery, the governor of California created the “Donda West Act,” a law that made it mandatory to prove a patient’s wellbeing before undergoing cosmetic surgery.