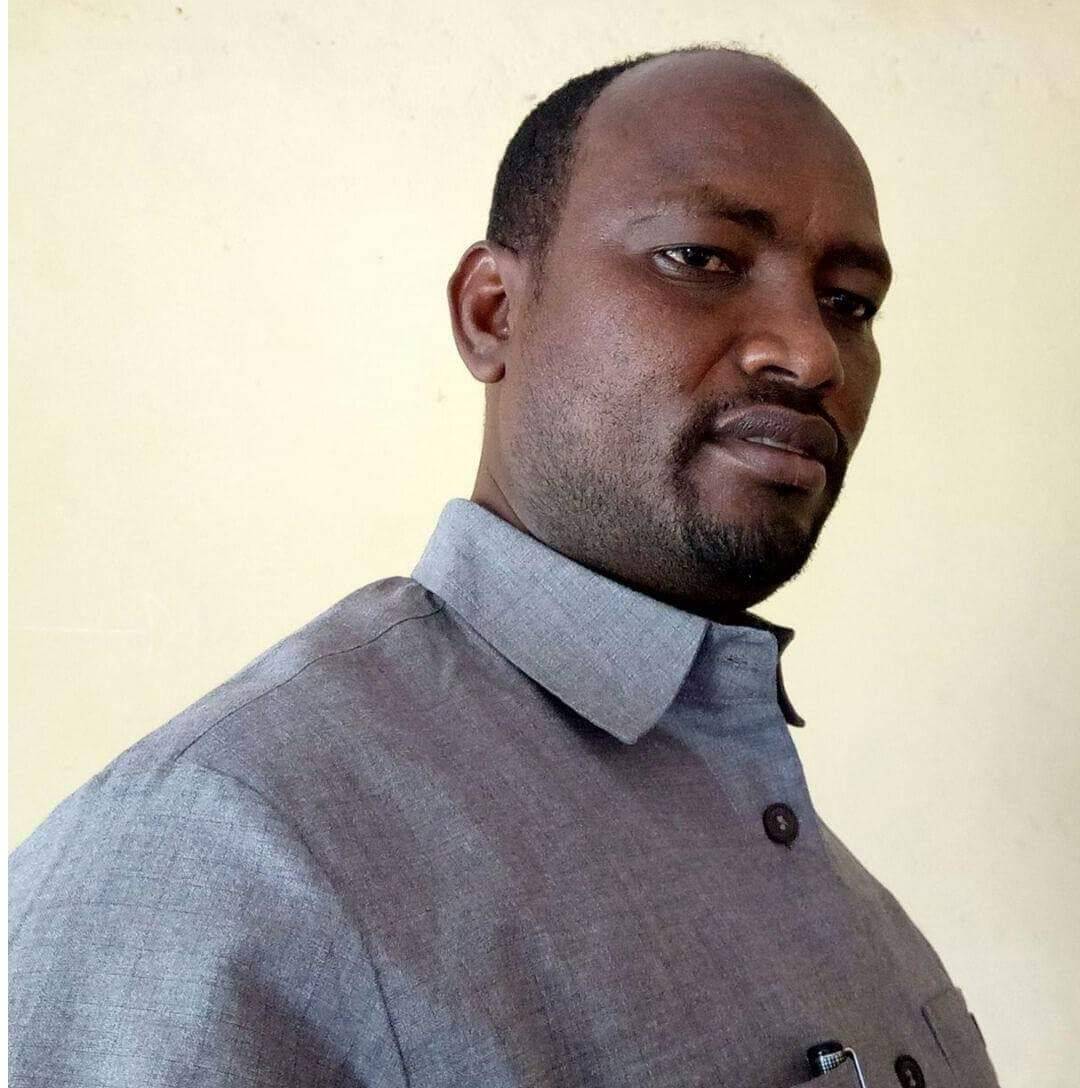 According to our source, Mr Ibrahim has not been charged in any court of law despite the strong allegations he is facing. It is believed he has influenced elders, the TSC Directorate, KNUT officers and anyone else involved in the matter to make sure the case does not see the light of day. 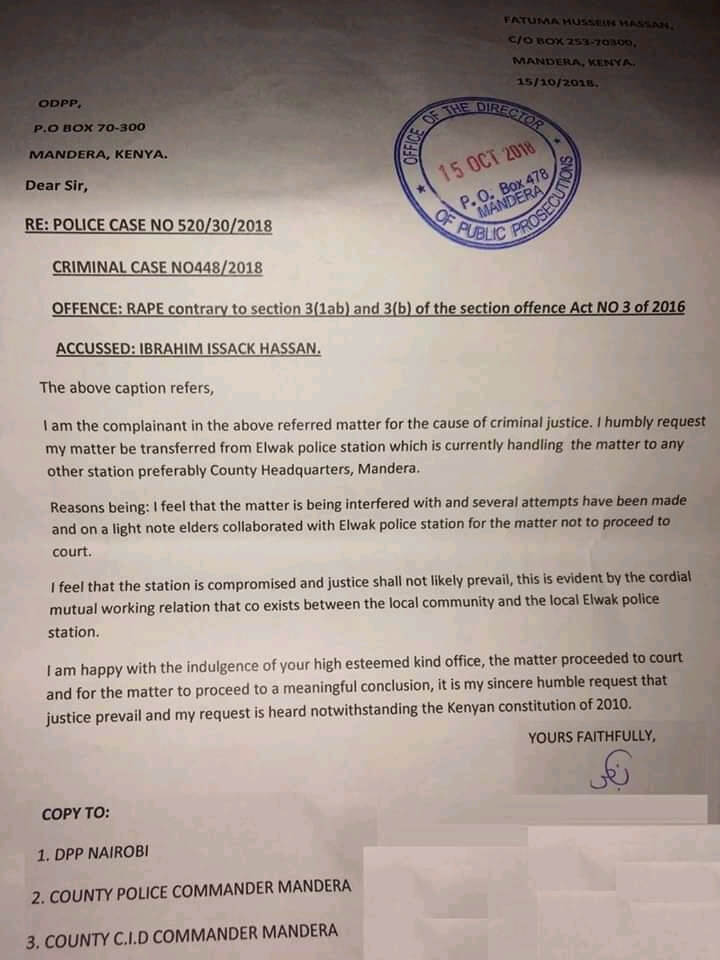 Caption: The victim’s appeal to the DPP to intervene on this matter before justice is completely blocked.

With the help of law enforcement officers in the backwaters of Mandera, they are conspiring to obstruct justice for the young victim.

It is completely unacceptable for a person accused of committing such a heinious crime to roam freely. Mr Ibrahim is a huge threat to the society and especially to young girls and women in Mandera. He belongs to jail and not in the classroom. 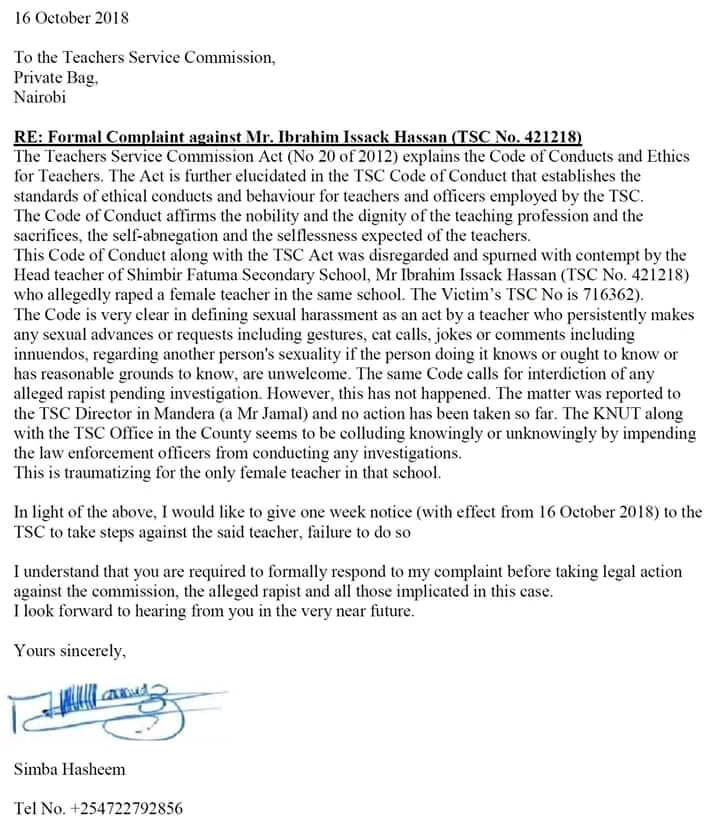 The young victim now has no one to turn to. She has no money to bribe TSC, KNUT and government officials in Mandera who are working as hard as they can to kill her case. The meagre salary she earns is spent on her young brothers and sisters. She holds the sole responsibility of putting food on her siblings and elderly parents’ table.

It would be completely unfortunate if her efforts to inspire young girls in the area came to an halt thanks to one man. The ODPP and the DCI should move swiftly to ensure that justice is served and those that have been trying to block it are dealt with.