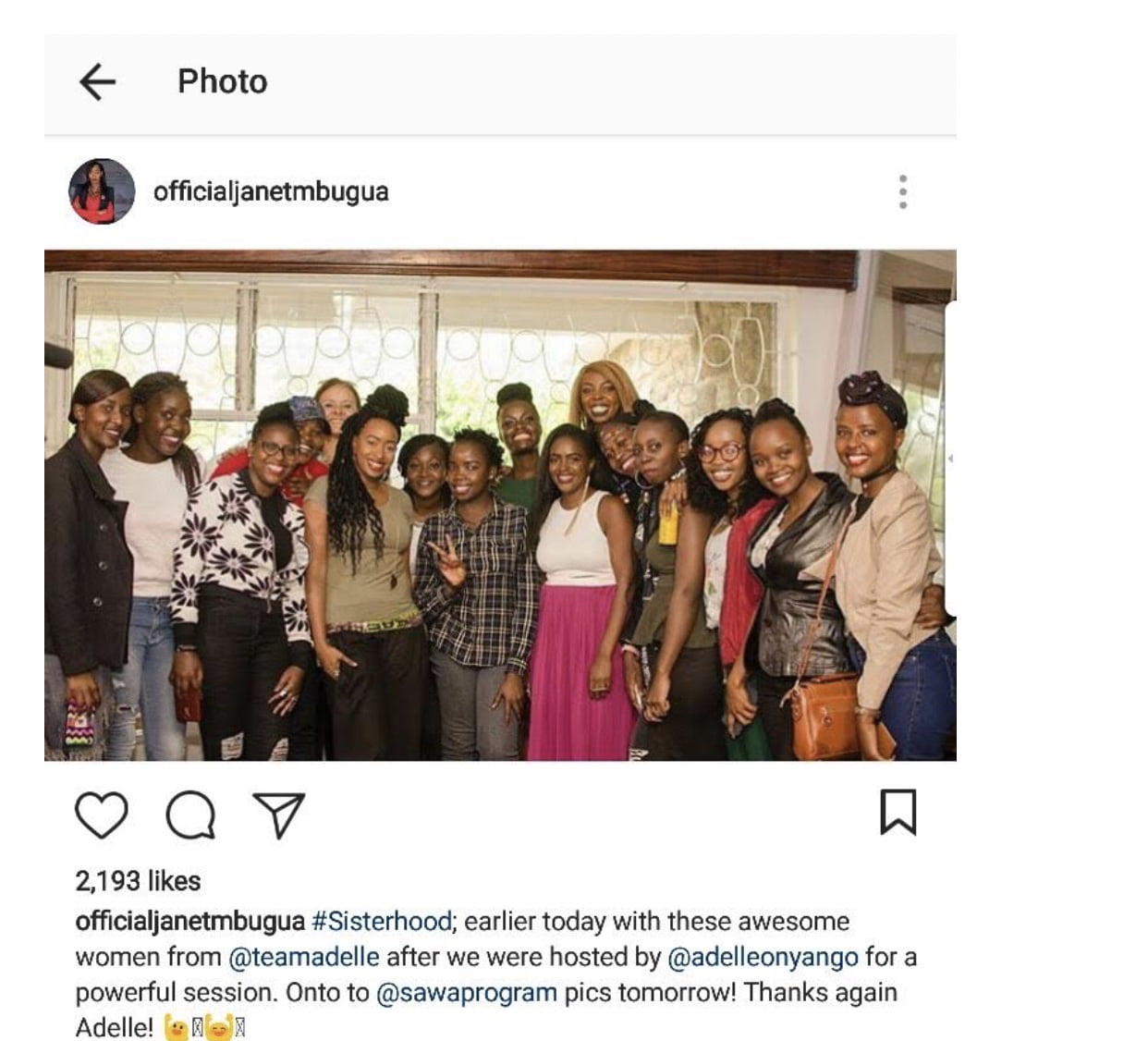 CAPTION: Mzungu Donors are now funding feminist movements like this one by Adelle Onyango. But their real objective is to promote homosexuality using feminism as a front.

When I read that Adelle Onyango is being funded by international donors to be an Ambassador against the “rape culture”, then I knew something is wrong. The grave nature of the crime, coupled with the media attention attached to it in recent years, means that feminists have abrogated themselves the role of judge, jury and executioner.

You see, what international donors want is to entrench homosexuality in Kenya. But being an African country with strong traditional roots, coupled with radical religious conditioning, donors hid behind feminist causes as a cover for their covert objectives. It’s the reason why the US Embassy, UN, supported Njoki Ndungu, the Loreto Limuru alumni, for her feminism causes. Infact if all of you looked at every Loreto Limuru alumni, they exhibit all the signs of feminism that we have covered widely on this blog.

In dissecting intergender relations, the biggest cock-blockers of straight men are gay men, lesbian women, who are all tooled with the aid of feminists to ensure that straight men live miserable lives. Many women don’t even know why they’re feminists. It ceased being a celebration of female achievement, and morphed into a different beast.

We have long called for a truce in corporate Nairobi. But there seems like there’s a concerted effort by feminists to step up in our space, for no good reason. For instance, we have long complained of Caroline Mutoko and her off-shoots for talking shit about Cyprian Nyakundi, trying to project me as some kind of devil, yet my only crime is being meticulous in my blogging.

Women are so jealous of male-success, that they’d rather spend their days talking shit about us, than perfect their own skills. Which is why the default position when a woman really wants to hurt a man, is to stifle their source of income. When feminists gang up online to target a victim, they make sure to tag his employer and even pursuing his sacking.

It’s a reason why Ogeto was sacked from the Youth Fund because of this emasculation. They recently targeted Joe Muchiri, the Capital FM idiot who for long thought he was the darling of the feminist-culture in Nairobi. Instead of men seeing this emerging threat, they’re busy dancing to the tune of misery instead of arising to defeat this monster. On one hand, they call for freedom of association but the freedom is defined in their parameters. 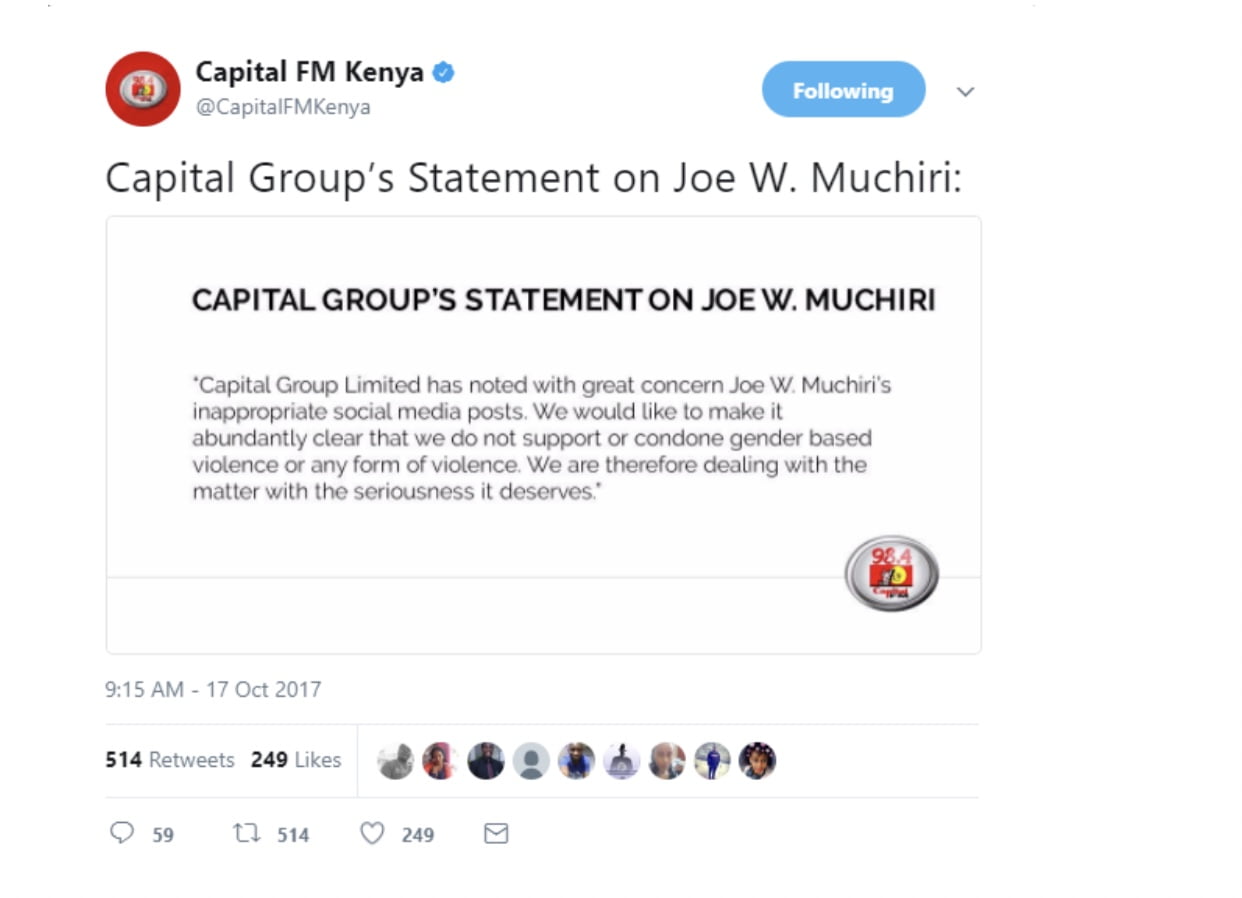 CAPTION: Feminists found a way of using Joe Muchiri’s WhatsApp group conversations, to instigate this censure from the company he has given so much for. It’s almost like back in school when girls would start a fight with boys, then report them to the teacher. Let’s say no to this bullshit!

I am now starting a movement calling on a boycott of brands and individuals who under the guidance of feminists, are promoting the Emasculation of the Kenyan man or boy-child. Based on their social-media patterns, I have worked backwards to reconstruct the structure of toxic feminism in Nairobi.

On the lower-tier, we have feminists, feminised men and gays who have created a Twitter cartel which serves to mob-lynch anyone not in line with their toxic agenda. These are the following accounts to watch out for, as you boycott the brands they market. @QueenGathoni , @BrianMbunde , @MediaMK , @Terrikibiriti , @ArmuisME @JichoDaDog . 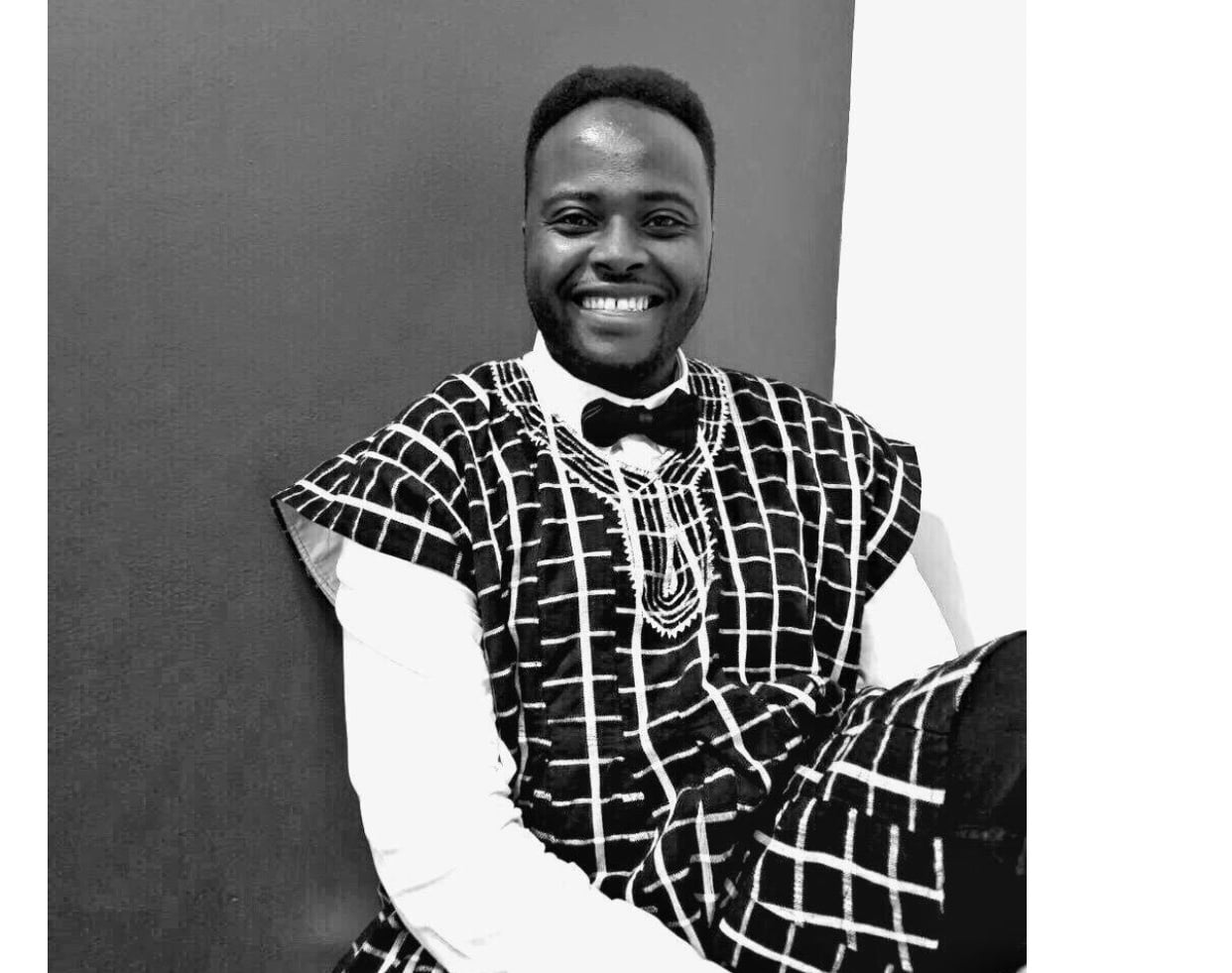 CAPTION: Self-confessed gay operative Frankie. He often brags on Twitter how he wrecks home by sleeping with bi-sexual husbands of many women, often top corporate bosses. Many say it’s the only reason he got a job at ScanGroup.

I have basically reconstructed a lower-tier WhatsApp Group, based on their social media patterns. These could be termed as brand “foot-soldiers” working as brand pushers on Twitter. They’re very smart, so you’ll never know that their tweeting is paid. And when they decide to mob-lynch, they act as one.

The “genius” (hal!) behind the assembly of this team and their off-shoots is Frankie, the former controversial blogger operating the Media Madness Kenya blog. Going by the Twitter handle @MediaMK, Frankie who is a self-confessed homosexual, is now walking the moral high-ground, since that’s his past life, and he cleaned up his act to reflect a more corporate acceptance. But despite his ratchet past, Frankie still has the guts to judge those of us who have stuck true to the art of blogging, as he pursues political-correctness and ultimately financial gain.

You see in Nairobi, 8-4-4 conditioned characters of low self-esteem like this homosexual called @MediaMK, that progress must come “at the expense of” someone. The concept of the cake being big enough is foreign for this retarded lot.

Ironically @MediaMK gets “hurt” when he is called out for his open and antagonistic homosexuality, yet he has been bragging how he wrecks homes, and how other people’s husbands are after him. He reminds us of Kenyan feminists, who feel offended when men call them “bitches” yet they themselves refer to each other as such.

On a slightly higher echelon than these foot-soldiers is the toxic mainstream media bunch, who’ve formed themselves into groupies. Their work is to spread emasculation through their high social-media numbers, in a very subtle way. Janet Mbugua, Wanja Kavengi, Adelle Onyango fall in this category. It’s simple gentlemen, boycott the brands they work for respectively. Their literature seems innocent, for instance Kavengi’s sarcasm and dry humour, so you need to really analyse it deeply.

For someone like Janet Mbugua, we are now surrounding her and can see where she is going. It’s not lost on us that her best friend Sharon Mundia was recently busted on her Lesbianism grind, which is what these ladies have been selling to us all along. There’s no way Janet Mbugua can convince us that the same women who were maids at her wedding, and her at theirs, women who have been revealed as home-wrecking lesbians, are so different from her. 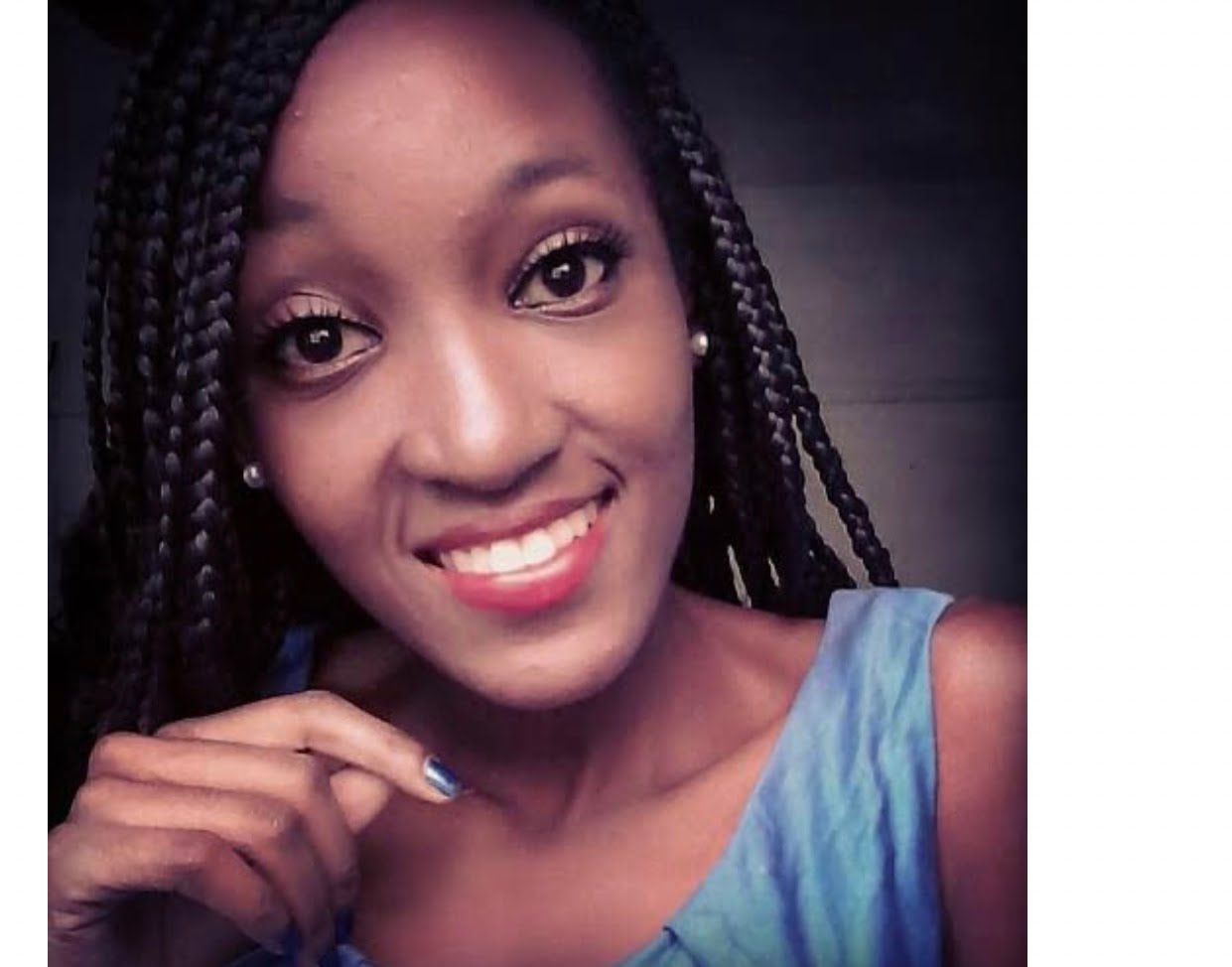 If you see Janet Mbugua’s social media posts, she speaks highly of Michele Ntalami, Sharon Mundia, Edith Kimani, Patricia Kihoro and the rest of the lesbian clique in Nairobi. These “meetings” they’ve started promoting on their pages, which are supposed to act as primary stages of a social-media emasculation movement, are actually lesbian hang-outs. I pity any man who has married a woman in this clique, like Bien Aime of Sauti Sol, because I saw his girlfriend Chiki Kuruka is now part of the bandwagon.

The mother of them all is Caroline Mutoko no doubt. She has mentored the culture of Lesbianism, feminism and homosexuality in corporate Nairobi. Kenyan men in solidarity with Nyakundi should now start boycotting products she endorses on her YouTube page. We cannot continue sowing this see, yet we can see the crisis it has created.

Even if only 100 of you boycott, that will inflict some damage. It can’t be a coincidence that all the toxic feminists and gay operatives in Nairobi, are all highly embraced in corporate circles and media. There seems to be a wider agenda by these corporates, headed by expatriates, to entrench prostitution, homosexuality and feminism in our space. It is the reason why the mzungu expatriates at Uber Kenya still endorse Huddah Monroe, despite the acutely-polarizing content she churns out. And we should not allow them to do so at the expense of the boy-child. 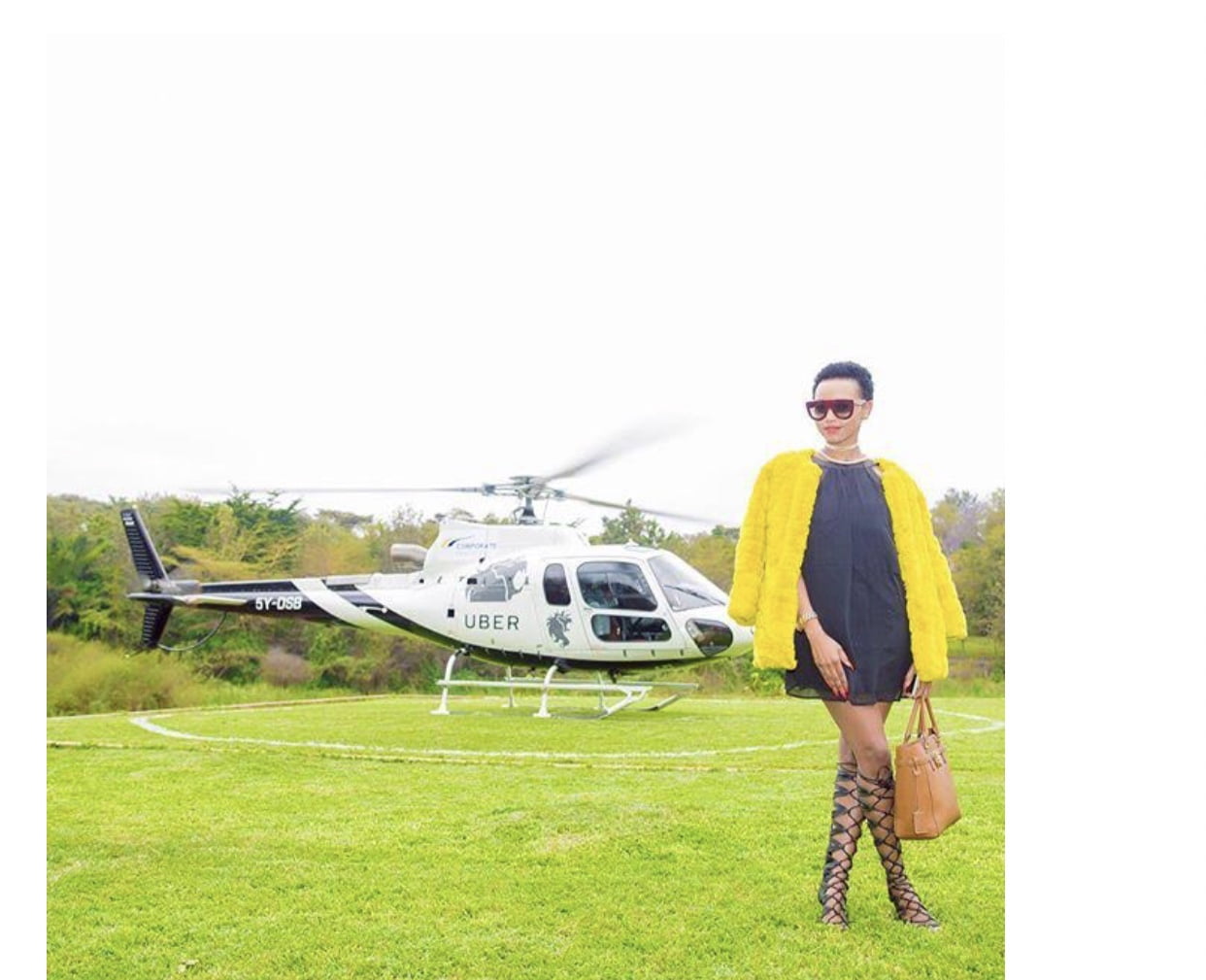 CAPTION: The gay muzungu expatriates working at Uber Kenya, find it perfectly normal to endorse a prostitute like this one, whose work is to generate acutely-polarizing content, antagonising and emasculating men. It’s simple black kings; boycott Uber!

These fuckin muzungu’s working in corporate Nairobi are all gay, and they’re supporting feminists and endorsing prostitutes all in a bid to emasculate the Kenyan man. They’re also elevating gay men, characters who we previously did not have the time and day for. Let’s flip the script on them.

I mean men, come on! We cannot breathe these days. Everywhere you turn, it’s just feminism and emasculation. And when you raise issue, you’re accused of being incapable of handling “strong and successful women” . Bollocks! Tell that shit to the birds.