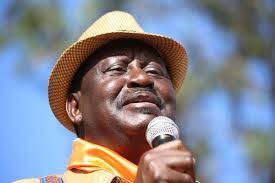 There is nothing bad like having a clueless Digital team running your social media or online accounts . Today, Raila is being blamed to spreading death Rumors online. In a Fake Tweet ” Made by an App Called LemmeTweetThatforyou.com  ” Raila apparently sent condolences to Moody Awori’s family and claimed that Moody was a great and patriotic Kenyan. This is after  Rumors that he had passed on went Viral on the Microblogging Platform -Twitter . This is the fake Tweet that was actually doing the rounds on Social media

Then, Raila’s Digital team apologized for the Tweet, A Tweet that was not actually posted from the CORD Leader’s Twitter. This is the Screen Shot of the apology

If you look at both Tweets, the first one lacks the Blue Check and the ” Retweets”  are from strange people as opposed to the Real Tweet . After apologizing, Raila’s digital team quickly expunged the  Tweet  since the apology was not necessary – How can you apologize for something you have not done ? What an embarrassment .

Well, It seems Raila’s Digital team doesn’t know that someone can make a fake Tweet using various Apps online ..Lol….That also explains why Raila’s New Website crashed a few days after being launched . Any serious Blogger can tell you that a Website is all about a good hosting package . It seems the guys running the site have subscribed to a 1,000 Shillings per month Package. Cheap is expensive . When I checked the site this morning, it was still down .

So before you dedicate your online profiles to anybody, make sure they are people who know how social media works , know how to use all social media tools eg Clout, Tweetdeck, Tweetreach e.t.c