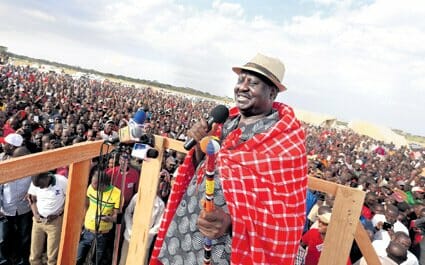 Former Prime Minister Raila Odinga said the government humiliated the leaders by having them arrested and charged yet, according to him, they had not committed any crime.

He protested that the Senator and five MPs had been treated “as if they were criminals” yet they were defending the rights of their community.

“They want to take Kenya back to the dark days yet we have been fighting for freedom of expression,” he said. “We will not allow corruption or some people to benefit from proceeds of the Mara.”