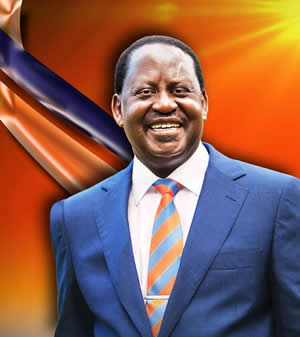 Former prime minister Raila Odinga is not happy with the heckling and stoning of Tom Kajwang’. Sources have confirmed that Raila has ordered for a thorough investigation and prosecution of all people who were responsible for the backward act.

This reminds us of the heckling that marred Fidel Odinga’s burial ceremony. This acted as a wake up call to the Son Of Jaramogi that the culture of violence that is instilled in his supporters is giving him a bad reputation out there. Raila has now realised that something must be done before everything boomerangs against him and even costs him his long time friends and partners forever.

During Fidel’s burial, Raila was a very bitter man. It is sad that he was mourning at the same time trying to control his supporters from booing and throwing bottles to people perceived to be ODM enemies. The choreographed booing never spared him either. Raila was once booed in Kisumu when he was defending some Indians.

This is due to a chaotic and rebellious that is taking root in South Nyanza where Raila’s party loyalists are being  whipped, scorned and chased away like dogs.

During Fidel’s burial the mourners interjected into his speech arousing his anger. Earlier on they had booed other leaders prompting Raila to stand up occasionally to wave against the heckling all to no avail. Other leaders watched in disbelief.

Raila tried but the charged mourners were probably determined to heckle opponents who had come to pay their respect to Fidel as friends not political leaders. Maybe the mourners thought they were being loyal to Baba but they embarrassed him locally and internationally