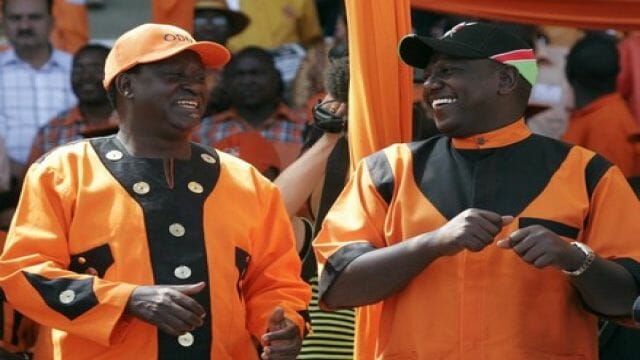 As the  Sugar Politics debate unfolds, The beef between Raila and Ruto  has been palpable . The two have been trading accusations in the recent past leaving Kenyans shocked . In fact, ODM has  decided to use the Kenya-Uganda  Sugar  deal to play politics as president Uhuru tries to sort out issues before they spin out of control .

ODM Party, that was severely attacked by president Obama has decided to play politics with the sugar deal to reverse all the Gains Jubilee has made in Western Province  .

Deputy President has accused Former Prime minister of owing the ailing Mumias Sugar Millions an accusation Raila has vehemently contested. Raila has instead accused Ruto of  issuing licenses to Sugar cartels when he was Minister for  Agriculture in the Grand Coalition Government . As the accusations and counter accusations intensify , Kenyans are realising that it is not being done for the good of the Ordinary Simiyu swimming in the murky sea of poverty somewhere in Western Province .