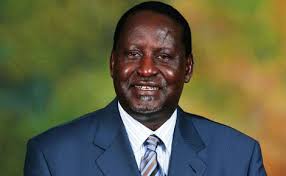 PRESIDENT Uhuru Kenyatta says top officials of the Kenya National Commission on Human Rights doctored their own report on the post-election violence to save Raila Odinga from prosecution.
Uhuru maintained that the damning report the ICC heavily relied on for his prosecution at The Hague was undependable and partisan, citing the alleged alteration that spared Raila.
The President insisted that KNCHR officials, then led by human rights crusader Maina Kiai, ordered the quashing of their initial report that had explicitly named Raila as one of the masterminds of the 2007-08 violence.
“KNCHR, in the first draft of the report, included Raila Odinga, the ODM leader, in the table of alleged post-election violence perpetrators, and recommended further investigations and his subsequent possible prosecution,” Uhuru said.
Uhuru was responding through his lawyer, Stephen Kay QC, to Bensouda’s potentially damaging allegations in his now- defunct case.
On Monday, Bensouda released a 69-page Pretrial Brief that made serious allegations against top leaders in retired President Mwai Kibaki’s administration, including Kibaki.
In the 27-page response sent to the ICC on Wednesday night, Kay went on: “However, ODM-sympathising KNCHR officers ordered that report to be quashed. In the edited report, Raila Odinga was not included in the table recommending further investigation or prosecution.”
TNA politicians have for some time now accused Raila of conspiring with the ICC to have his competition eliminated in the last election.
Raila, who is away in India on an official tour, has consistently denied involvement in any conspiracy. Yesterday a number of people close to him insisted that Uhuru’s allegations were unfounded.
“These allegations are baseless,” said ODM chairman John Mbadi.
Bensouda claimed that a team of senior PNU officials bankrolled the outlawed Mungiki sect, who went on a killing spree, raped women, burnt houses and forcibly circumcised ODM supporters in Naivasha and Nakuru.
She claimed that Uhuru, Kibaki, Secretary to the Cabinet Francis Kimemia and the late Security minister John Michuki were central in the planning of the attacks.
But in what seems to be a tit-for-tat tactic, Uhuru roped in Raila, saying that in the earlier KNHCR draft the Cord leader was alleged to have incited people at a political rally in his Nyanza home turf of Migori.
“Raila Odinga was alleged to have incited people in Migori at a political rally by uttering the words, ‘we do not want madoadoa’, and that the phrase was understood to mean that other communities were unwanted in Migori,” the British lawyer stated.
The KNCHR report titled On the Brink of the Precipice: A Human Rights Account of Kenya’s 2007 Post-Election Violence, mentioned many top ODM and PNU officials in connection with the violence.
Uhuru said that Bensouda was desperate to nail his then PNU axis and in the process became unprofessional, relying on what he termed “hearsay, rumours and gossip”.
According to Kay, the ICC case was grounded on three witnesses whose testimony was used in the confirmation of charges. These are Witness 4, 11 and 12.
However, he insisted that, despite their evidence being fundamentally flawed, prominent human rights campaigners in Kenya encouraged them to testify against the President to further their campaign against PNU and Kenyatta.
A document authored by Uhuru’s lawyers which Kay also sent to the ICC on Wednesday named prominent activists and civil society officials as among the “evil society” that were out to fix Uhuru at The Hague.
Intriguingly, the info-graphic document named even Chief Justice Willy Mutunga and his chief of staff Duncan Okello. Others named are newspaper opinion columnists David Ndii, Makau Mutua, George Kegoro and Kiai.