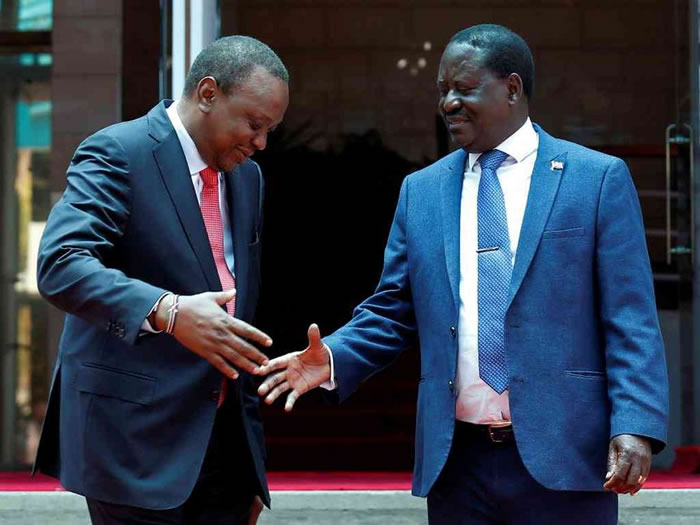 ODM leader Raila Odinga has told members of his kitchen cabinet that Uhuru Kenyatta’s final term in power will leave Kenya politically stable but economically unstable. According to Raila, were it not for his handshake with Uhuru, the country would be experiencing economic and political tribulations that would have been blamed on ODM wing in Nasa after his co-principals Kalonzo Musyoka, Musalia Mudavadi and Moses Wetangula kept off his swearing-in ceremony as the people’s president at Uhuru Park.

To Raila, unlike Mwai Kibaki presidency which left Kenya politically stable and economically recovering, Uhuru and Jubilee will be detestable to voters come 2022. To the former prime minister, it will, therefore, be a tall order for a person running on Jubilee ticket to win the presidency unless elections are stolen as he says it has happened before. 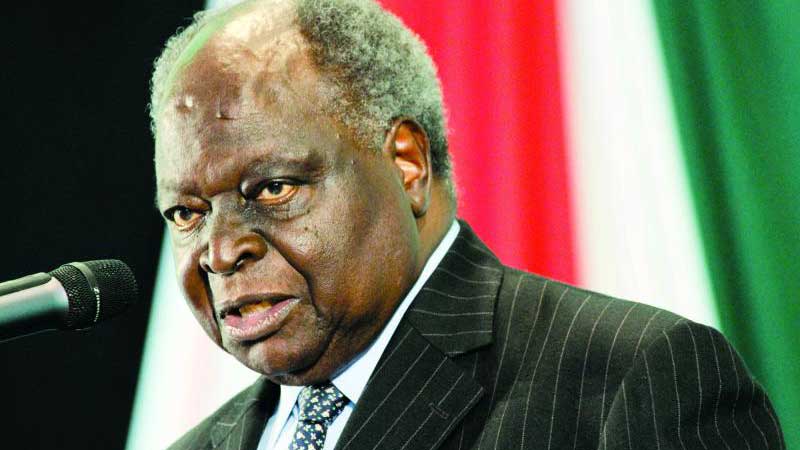 Unemployment, high inflation, increase in taxes and huge outside debt is bound to haunt Jubilee and to Raila, his newfound political friend Uhuru will not be affected as such. Insiders within Raila camp reveal, if Raila was not in good books with Uhuru, he could currently be languishing in prison facing treason charges as a section in Jubilee were pushing for. The handshake and recent Raila move to back Uhuru increment of 8pc on petroleum products was pushed by Raila to show the unity deal is binding and not for personal goals.

It is on these grounds that, immediately Uhuru signed the Bill, he and Raila held talks with the Bridges Team at State House, the first ever since its formation. Others say, Uhuru has gone as far as to instruct his Presidential Delivery Unit to include constitutional reforms as a fifth agenda to his promises to Kenyans. If Uhuru agrees to reform agenda and delivers, he will have achieved what is proving difficulty on the other four due to what he terms early campaign in his succession race.

But there are those who say Raila is using the current crisis in Jubilee to rebrand himself as he eyes the presidency in 2022 in his fifth attempt. He is wining and dining with Uhuru as he creates leadership vacuum in the opposition so he is seen as the only anti-government guru. Infact after the controversial finance Bill which he backed, Raila went back to his Kisumu stronghold of Kondele to address growing dissident. Many had expected Mudavadi or Wetangula to capitalise on the crisis, call a rally at Uhuru Park and condemn the Bill. 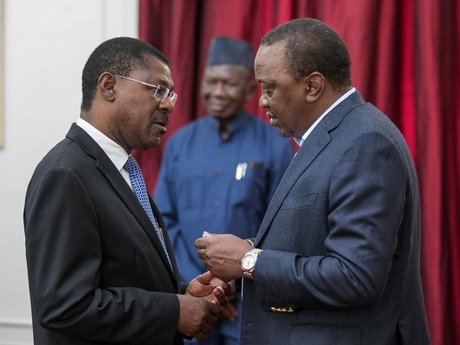 For now, Raila to be seen is in full support of the Bill and win a section of Uhuru handlers opposed to Ruto plans to make it a pet subject in all his public rallies. He will also use Mashujaa Day celebrations in Kakamega to explain why Uhuru was right and therefore he supported for the Bill.
Further, Raila after Mashujaa Day plans to hold a rally at Uhuru park to call for constitution reforms and full backing of the Bridges team.The team has been meeting hurdles in its effort to hold a conference to fight corruption. Raila blamed Ruto side for sabotage.

As part of rebranding, Raila is keen to win over regions that have been opposed to his presidency for the last three general elections as well as retain his traditional strongholds.

Since the March 9 handshake with Uhuru Kenyatta, the opposition leader has been trying to penetrate the president’s strongholds by backing the head of state’s agenda as well as holding meetings with regional kingpins whom he plans to rope into his presidential campaign.

Some of those he has held meetings with include former presidential candidate Peter Kenneth, former Kiambu governor William Kabogo, former Mukurwe-ini MP Kabando wa Kabando and former Kigumo legislator Jamleck Kamau, among others. All of them blame William Ruto for their loss in the Jubilee party primaries.

Raila directed opposition MPs to back the finance Bill or else they would face the music at polls.
It was not lost to observers that Raila was more forceful in demanding his MPs back the Bill than even Uhuru or Ruto. In a clever strategy designed to win over the president’s supporters ahead of 2022, he went to an extent of threatening to take action against MPs who openly defied him on the finance Bill, some of whom are reportedly struggling to endear themselves to the influential politician. 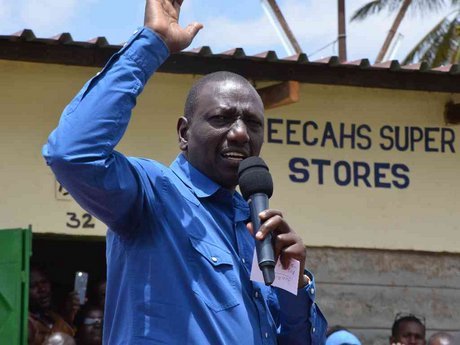 The ODM leader is also keen to drop the tag pinned on him by his opponents as an economic saboteur, whose aim of riding to power is to revenge by destroying the Kikuyu and Kalenjin elite business interests.
The ODM leader shocked the nation during the launch of Unaita branch in Kisumu when he told Nyanza residents to stop whining about marginalisation and wean themselves off overdependence on the national government.

In what seems to be part of his continued change of tack, Raila said the only sure way out of poverty is for locals to invest in income-generating activities, as opposed to whining about bad politics.
Interestingly, Raila comes from a family of politicians who had run-ins with governments of the day and often claimed Nyanza was poor because of neglect by sitting presidents.

But in his tour of Kisumu, the ODM leader singled out untapped potential in farming, encouraging the youth to take up fishing and grow avocado, cotton, macadamia nuts and other crops for money.
Political observers were quick to note the change of character by the ODM leader, who in the past was too keen to mobilise Luo youths to demonstrate against alleged marginalisation and stealing of votes. He is now indirectly telling the Luo youth that time for demonstrations is over.

To stand for the presidency, Raila is capitalising on a clause in the 2017 Nasa power-sharing agreement that gives him a free hand to run if the pact is not renewed.

If he runs, the 2022 stab at the presidency will be his fifth attempt at the top job in an illustrious career that spans almost three decades.

With Kalonzo, Mudavadi and Wetang’ula all waiting to be backed by him in the 2022 race, the provision that the opposition leader will only be barred in the event of a renewal may complicate their chances.
His key sidekick James Orengo let the cat out of the bag when he said the former prime minister must be on the ballot in 2022. 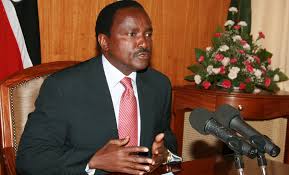 Speaking during the burial of former Rangwe MP Joseph Muga that was attended by Raila, Orengo said Kenya must undergo constitutional review to introduce parliamentary system of governance.
The senator was indirectly revealing Raila’s plan, where he is pushing the Building Bridges team to recommend constitutional changes as one way of ushering a new Kenya.

Recently, Raila and the Building Bridges taskforce paid a courtesy call on Uhuru at State House, Nairobi. The 14-member team updated Uhuru and Raila on the progress it has made towards their mandate of charting the path to lasting peace and unity in Kenya.

The taskforce was gazetted on May 31, a move that gives their recommendations a legal impetus. The team is expected to finish the task within a year.

The committee is led by Martin Kimani and lawyer Paul Mwangi as joint secretaries
Back to Muga’s burial, Orengo went ahead to state that Raila had struggled for democracy in Kenya and must be rewarded accordingly.

The Siaya senator also warned an unnamed senior government official against interfering with the truce between Raila and Uhuru.

His comments were supported by Homa Bay women rep Gladys Wanga, MPs Lilian Gogo (Rangwe), Ong’ondo Were (Kasipul), Adipo Okuome (Karachuonyo) and Homa Bay senator Moses Kajwang’.
But Raila’s clamour for constitutional changes has met stiff resistance from Ruto, who has dismissed the move as divisive politics and ill-advised and only meant to divide the country.

Ruto’s stand has been echoed by his confidant, senate majority leader Kipchumba Murkomen who says Jubilee is against the calls for the referendum since as a party they are focused on fulfilling the pledges made to Kenyans. 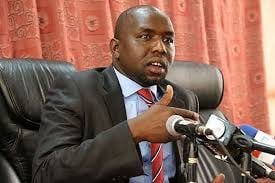 The Ruto camp reads mischief in the law changes, arguing it is part of Raila’s efforts to renew his bid for power.

Uhuru has been consulting Raila regularly and their plan involves having national conferences on matters such as inclusivity, devolution, corruption, electoral reforms and security.
There is speculation that Raila is rebuilding his ODM party as part of his strategy to go for the presidency in 2022.

For many observers, Nasa is already dead. Having failed to capture power, unlike Cord that preceded it, analysts say it is only a matter of days before it disintegrates from perpetual wrangles.

The ODM leader is also mooting building new coalitions with current and emerging political parties in readiness for political battles on the proposals to amend the constitution.

He is also preparing for countrywide tours with Uhuru to seek support for the nine-point agenda contained in the Building Bridges Initiative.

Raila argues that the presidential executive system has been the cause of many problems, including the dominance of a handful of ethnic groups and the marginalisation of others.