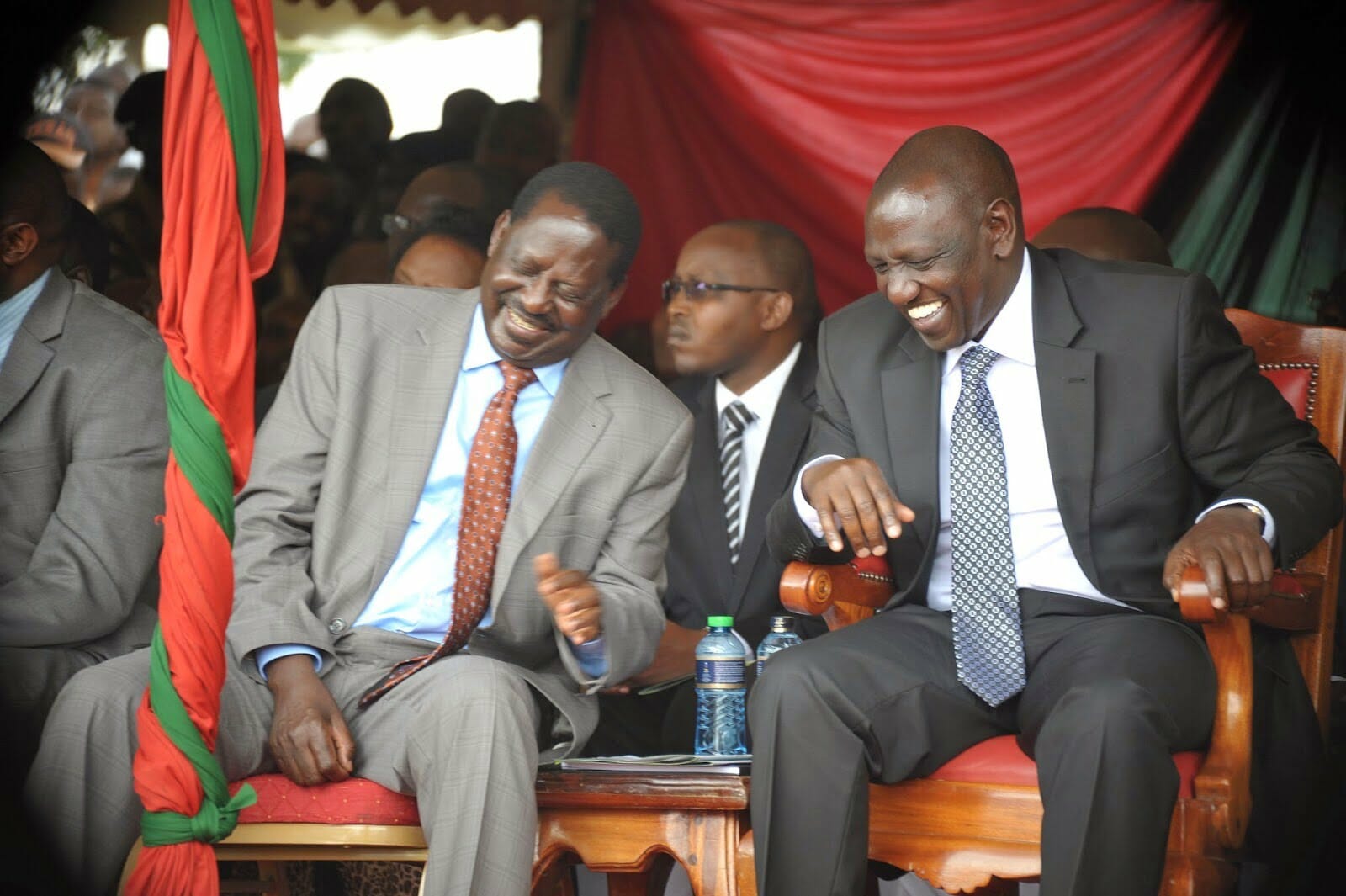 RUTO MUST CARRY THE CROSS OF HIS ANGER AND GREED:
Kenyans are carrying a heavy load of corruption. One name that keeps coming up in most of the cases of fraud, corruption, theft of public land, diversion of public funds and violation of procurement and tender rules is that of Deputy President Mr William Ruto.

However, yesterday, the DP said he has no apology to make over the scam at the Moi Teaching and Referral Hospital in Eldoret where he is accused of hijacking the procurement process and inflating the bill before trying to divert the funds to set up a personal institution.

We are not surprised. Ruto has no apologies on very many issues. He has no apology to make on having been involved in grabbing land of an elderly neighbor who was also an IDP, Mr Adrian Muteshi’s land in Eldoret.

The story of Kenya Pipeline land, like that of Adrian Muteshi’s, is particularly painful. It is a touching story of heartlessness. Mr Linus Cheruiyot, then the MD, who was forced to sign away the land, had to run away to the US where he lives on the edge today despite his sound education. He could not countenance the idea of going to jail over land that he was forced to sign away.

Today, Ruto’s name has featured in attempts to divert public money to build a private hospital.

And Ruto has the audacity to blame Raila Odinga for being mentioned in yet another scandal. Scandal is Ruto’s other name. We are shocked that Ruto thinks he has some credibility to protect.

Ruto knows he is deep in the scandal of the hospital. That is why he is talking of taking political war to RailaOdinga and saying nothing about corruption. Yet the issue here is an attempt to divert public funds and manipulate procurement rules for private gain.
Ruto knows he has deep ties to Mr Herbert Ojwang, the man who blew the whistle on him. There must be a reason Ruto is dodging Mr Ojwang and going for Raila. Ruto knows what Mr Ojwang knows.

William Ruto is an angry man. He is getting desperate. He wants to blame his and Jubilee’s problems on everyone except themselves. Two days ago, Jubilee senators blamed Prof Anyang Nyongo for the plans to upgrade MTRH. Yesterday, Ruto blamed Raila Odinga. The other day, Jubilee leaders were blaming newspapers for their woes.

Ruto has to realize that leadership involves taking responsibility for both the successes and failures of a nation. You cannot blame your opponent for ever. Ruto must know that his anger and thirst for revenge is bad for the country. He needs to take urgent lessons in anger management even if he chooses to retain his thirst for public resources.

Ruto must know that you cannot govern a nation through lies and distortions for five years. Ruto lied that Raila took him to The Hague. He has since changed and blamed Nancy Gitau, Francis Kimemia and Mutea Iringo, Gideon Moi and Isaac Ruto.

Kenyans will not allow Mr Ruto to use Raila for their problems. If you steal land, you must carry the cross. If you divert public funds to fight political battle with a woman who is in your Cabinet, you must bear the blame and shame. Ruto must bear the cross of his anger, recklessness and appetite for public goodies.