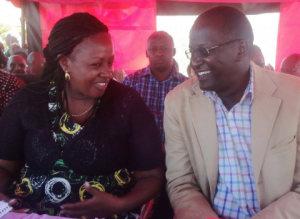 Cord leader Raila Odinga’s offer to testify for Deputy President William Ruto is a “political gimmick” that can jeopardise his ICC case, a legislator has said.

Kigumo MP Jamleck Kamau claimed that Raila’s evidence may not be genuine.

“Raila has seen that Ruto’s case and that of broadcaster Joshua Sang are collapsing, the same way Uhuru’s did, and now wants to give funny cooked-up evidence in a desperate attempt to gain political popularity by hoodwinking Kenyans about bailing Ruto and Sang out,” Kamau said.

He was speaking on a tour of development projects in Sabasaba, Kigumo constituency on Friday.

Kamau said the opposition leader ignited the crimes that Ruto is accused of when he rejected the 2007 poll results.

He added that Raila is on record saying Ruto and President Uhuru Kenyatta should be jailed for the violence that ensued.

“How can Raila who publicly condemned Uhuru and Ruto now turn around and seek to adduce evidence to get Ruto off the ICC hook?” he posed.

Kamau said Raila should have submitted his evidence earlier if his intentions were good.

“Raila thinks the ICC is a political forum or burial gathering where he can go and make baseless political utterances,” he said.

He said Raila can no longer run for presidency, adding that Uhuru will rule until 2021 when Ruto will take over for a decade.