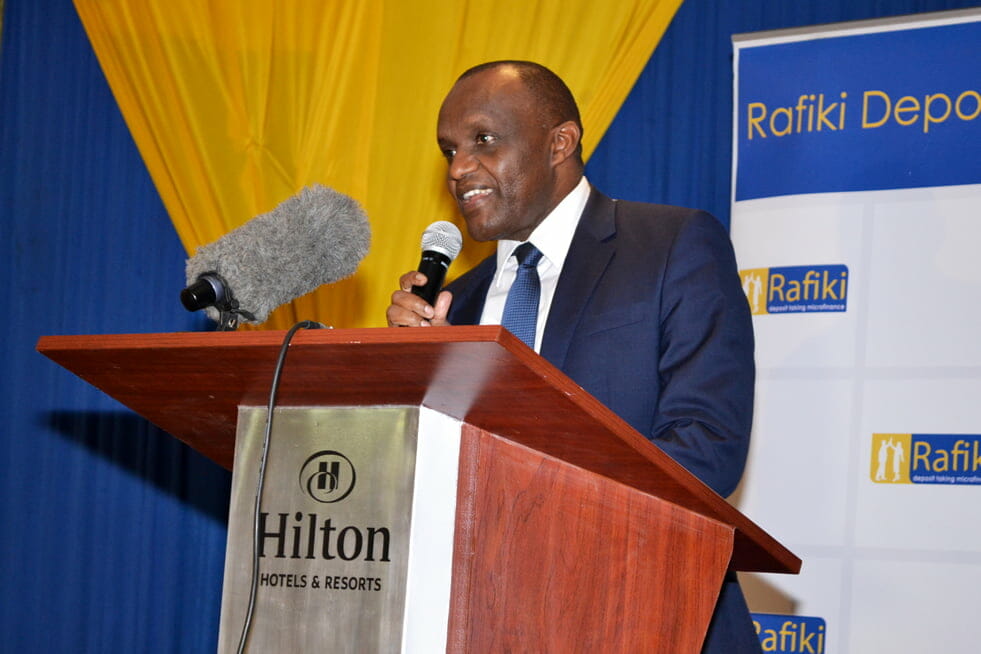 Chase Bank-owned Rafiki DTM recently held an early morning meeting with large depositors two Saturdays ago at Panafric Hotel to calm nerves after panic withdrawals led to violence at one of the branches.

Rafiki has capped customer withdrawals at Kshs. 25,000.00 per day, per customer, which is the only reason that the bank is still open todate, because majority of the clients want out. They are fatigued by the lies, stories and unpredictability in the banking sector.

Large depositors then fronted a counter-proposal to the management of Rafiki DTM which made a lot of sense. They said that they would want their deposits converting into ownership of the bank (shares) so that the bank can resume normal operations and avert another collapse.

But the myopic management of Rafiki DTM who also happen to be Chase Bank-collapse architects, declined the fantastic offer, preferring to ILLEGALLY cap withdrawals for the next 6-months.

Typical Kenyan mentality where instead of taking a good offer, managements prefer institutions to go down and collapse instead of selling out and salvaging the little of what’s left of it.

The question we now ask Central Bank Governor is this; why are you allowing Rafiki DTM to cap customer withdrawals of their OWN money? Why is the bank still open using pedestrian means of witholding deposits? Who in Central Bank has been bribed by Rafiki DTM to turn a blind eye?

Common sense dictates that if a bank cannot handle the mass withdrawals of any kind, they should close and not illegally withold clients deposits using militant tactics.