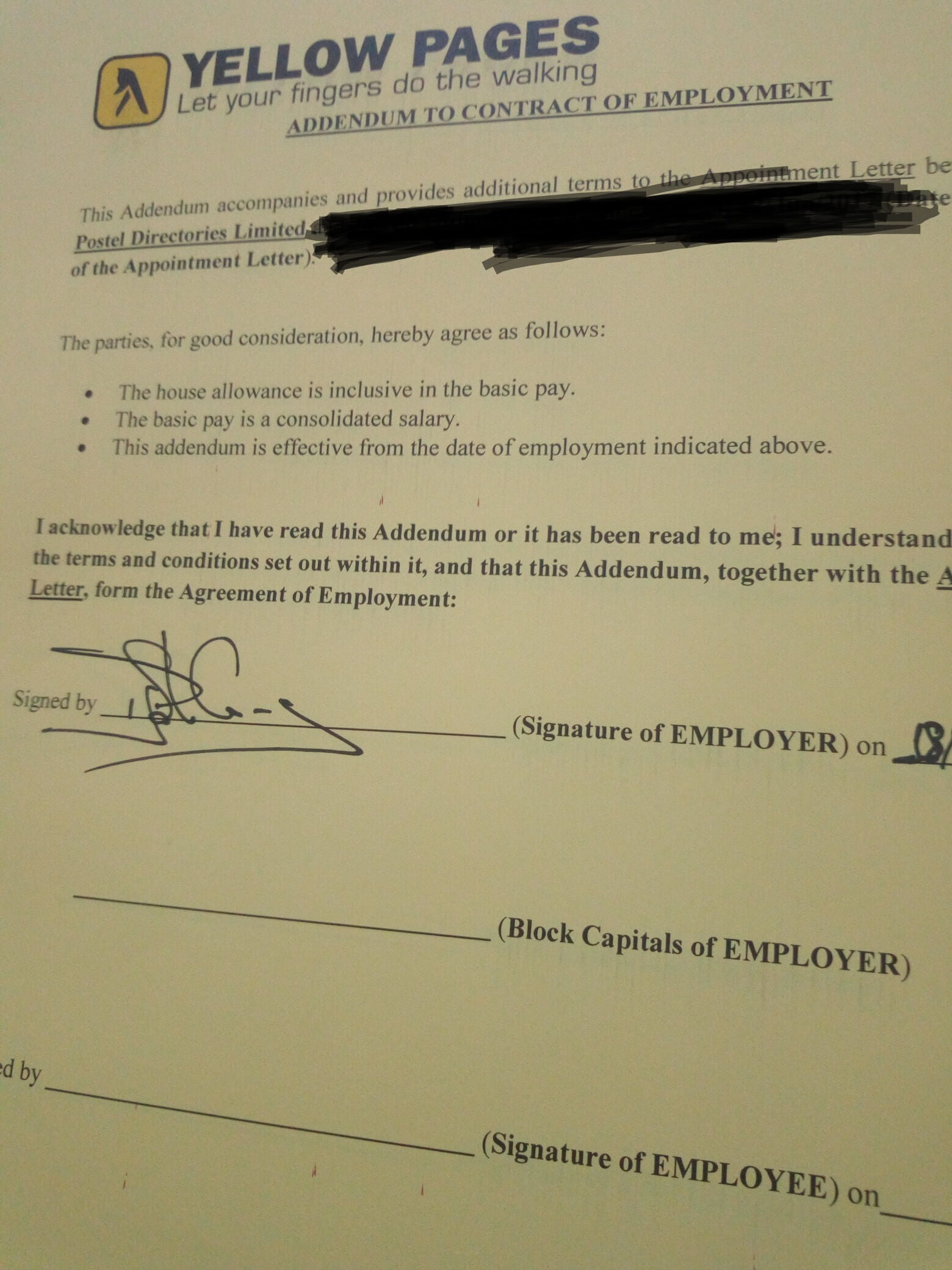 I hope you remember the old yellow pages. The company is led by a racist Portuguese called Pedro who believes that Africans can only work on being punished, like donkeys. He calls them bloody Africans.

Here is the scandal…

The ministry of labour visited our office on Muthithi road late last month and insisted that employees must be given house allowance and other things such as proper leave.

Word is he gave them money to shut up and immediately came up with a letter as attached and everyone was forced to sign or be fired.

The letter says that the peanuts he pays people include house allowance.

That’s not even the point.

Now that he paid the bribe to labour officials, he has vowed to have the salespeople pay and this is how.

He has set an impossible target where if one doesn’t achieve he doesn’t earn any commission. He is supported by two African vibarakas called Maureen and Kabuge.